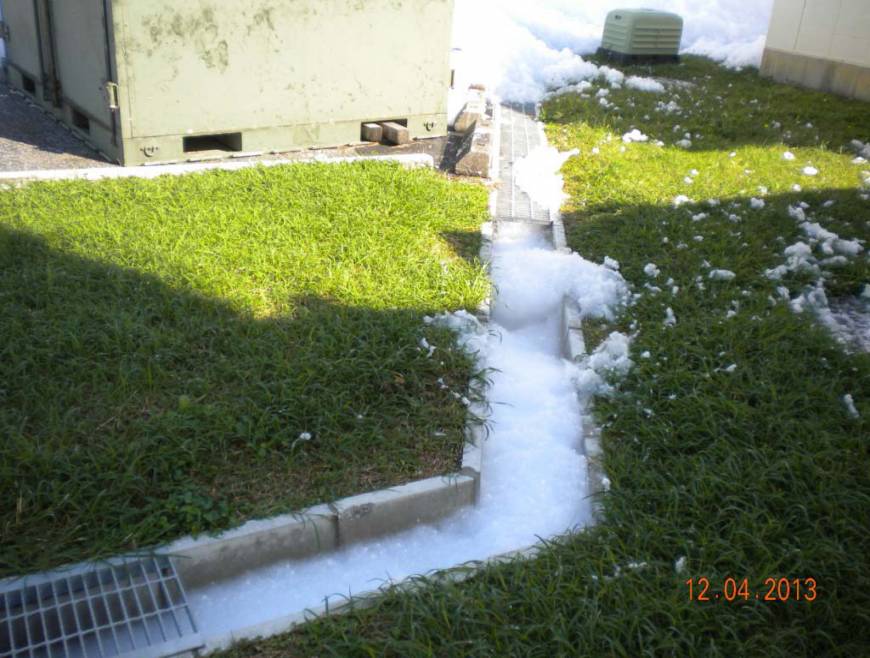 On Friday, the 6th of March, activists in Okinawa will hold a lecture about U.S. bases poisoning the water of Okinawa with PFAS. Okinawa is a region in the south of the archipelago of Japan, and the health of the residents there is at risk due to the PFAS human-caused health crisis. On Saturday, the 7th of March in California, Pat Elder will begin his 20-city tour of California informing people about the public health crisis caused by the military’s contamination of the environment in the U.S. and many other countries. The campaign to educate and raise consciousness about this issue in California will get underway at the same time as the campaign in Okinawa.

Elder has pointed out that the PFAS poisoning is a problem in the vicinity of bases in Okinawa. He said, “This is not only a problem for Okinawa but for everyone in the Pacific region.” He aimed to make people in Okinawa prefecture more aware of their situation, that this is a problem which they must face.

The journalist Jon Mitchell, who has written about PFAS and various other base-related issues in Okinawa over the years, as well as SAKURAI Kunitoshi, who is a professor emeritus of Okinawa University, will give a lecture on the 6th of March. At that same event, the singer KOJA Misako will perform. She is a former member of the Okinawa folk music group Nēnēs (pronounced like “nay nays”).

An article appeared on the 11th of February in the newspaper Okinawa Times about the 6 March event. It also informed readers about a lecture that Jon Mitchell gave on the 10th of February ahead of the 6 March event. Mitchell delivered his lecture at a building that contains offices for the Diet members in Tokyo (called the San’in giin kaikan in Japanese: 参院議員会館). He explained that PFAS raises the risk of cancer and discussed other impacts it has on the human body. He said that blood samples taken from residents near the Futenma air base show that their levels of PFOS (one of the PFAS substances) are four times higher than those of people in other areas.

The Okinawan Prefectural Government has identified 15 rivers and water treatment facilities with dangerous levels of PFOS and PFOA contamination, exceeding the EPA’s combined Lifetime Health Advisory (LHA) limit of 70 ppt. In November 2018, Okinawa Prefectural Government officials reported that 2,000 ppt of the chemicals were detected at the Chunnagā Spring Water Site (Wakimizu Chunnagā) in Kiyuna, Ginowan City. The U.S. military is poisoning the people of Okinawa in complete disregard of the rights of the residents. There is no accountability, and Okinawans and Japanese are in an almost helpless situation. As Americans, we must discuss this issue and think about how to restrain Washington from violating the rights of people dominated by Tokyo, our “ally” in Northeast Asia.

To put that number 2,000 in context, on 6 February 2020 the California State Water Resources Control Board lowered its “Response Level” to 10 parts per trillion (ppt) for PFOA and 40 ppt for PFOS. Previously, officials were not required to take the water source out of service or provide public notification until the level reached 70 ppt.

Meanwhile, researchers at the Harvard T.H. Chan School of Public Health and the University of Massachusetts at Lowell say “calculated that an approximate safe dose of PFOA and/or PFOS in drinking water is 1 ppt.” As citizens become more aware of the dangers of these chemicals, the regulations are becoming increasingly strict.

Mitchell’s lecture was attended by 80 people and it was organized by the “Tokyo Society Against Ospreys” (Osprey Hantai Tokyo Renraku Kai).

The organization All Okinawa also held a gathering at the tent in Henoko across the street from Camp Schwab on the 1st of February in which they informed people about the 6 March event in Okinawa. See the photo below: 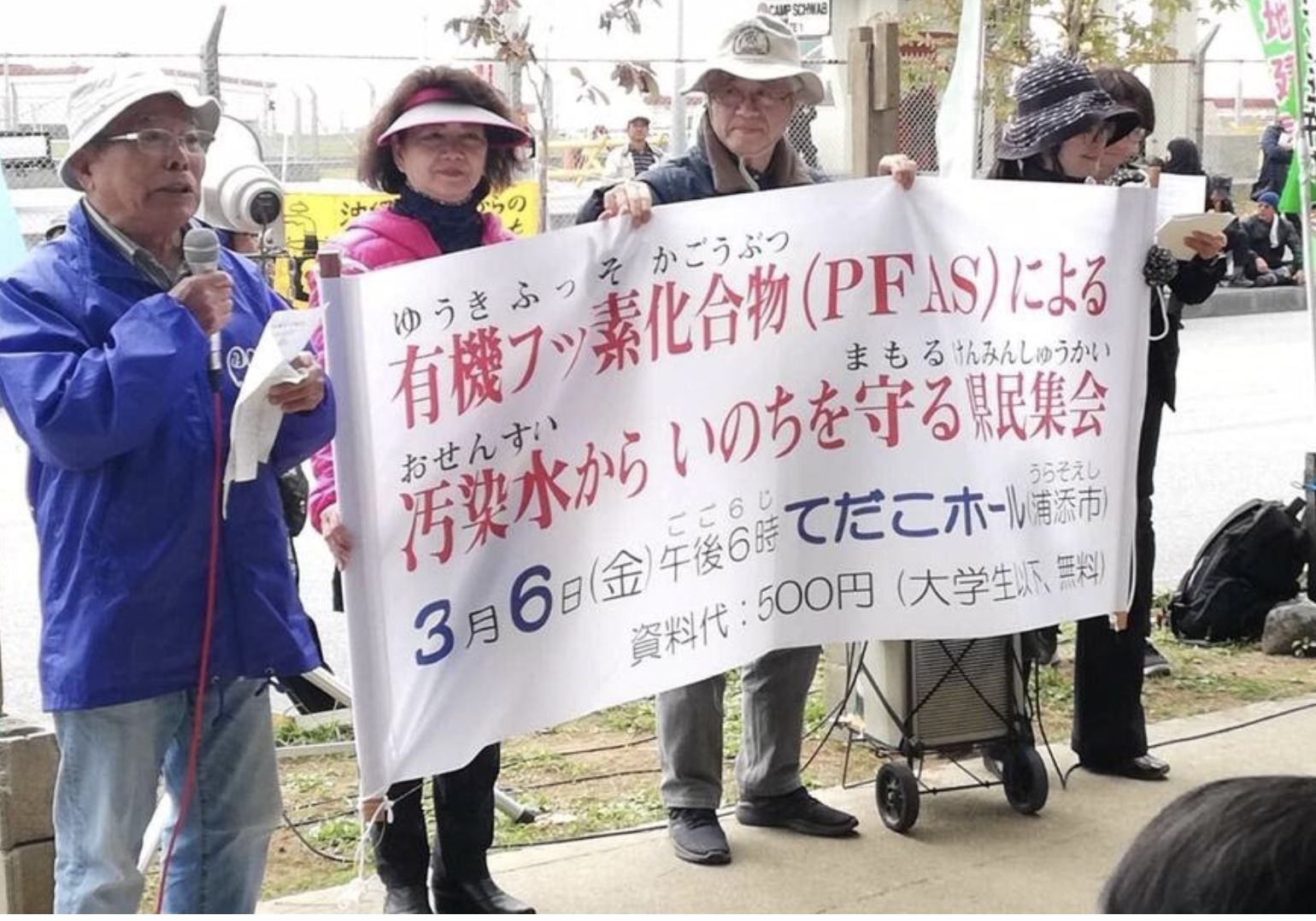 The man in the center is Professor SAKURAI Kunitoshi, who is also an organizer of the 6 March event.

Pat Elder is a board member of World BEYOND War. He will be highlighting the PFAS contamination issue during a 20-city tour of California in March. Joseph Essertier is Coordinator of Japan for a World BEYOND War.