Second Name of Earth Is Peace: a book of antiwar poetry from around the world 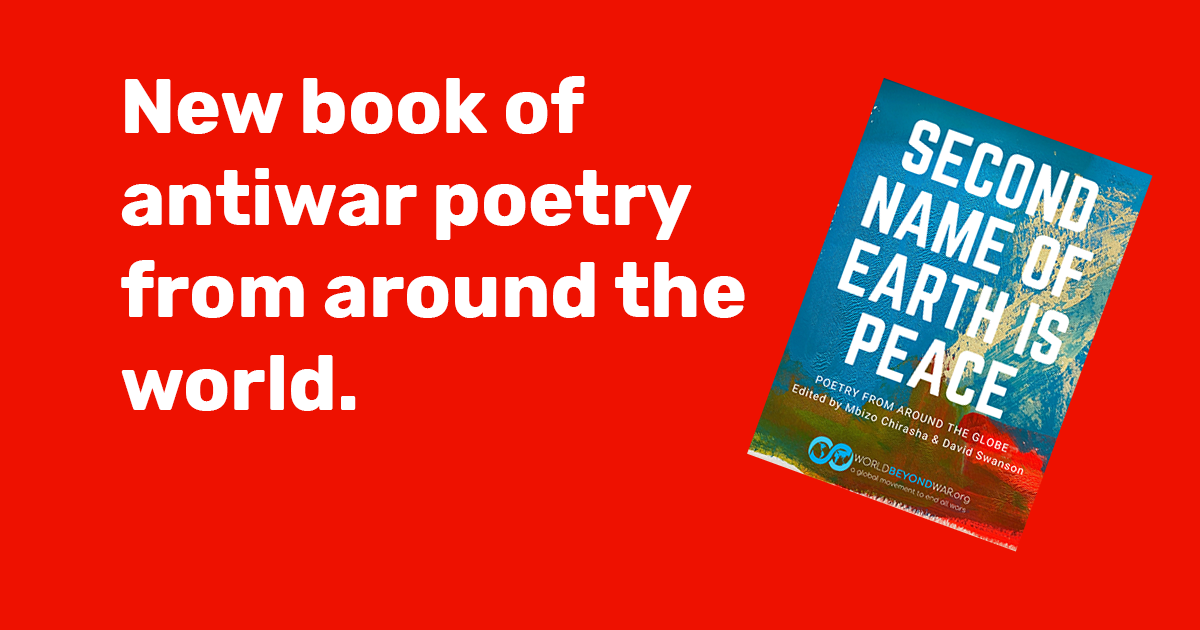 For discount sales of 10 or more paperback copies click here.

Or buy the PDF.

An excerpt from the introduction by David Swanson:

“The poets in this book are from many corners of the globe, a lot of them from places with wars. What does it feel like to be ‘collateral damage’? Does the violence the world gives you surge past the poverty the world gives you in your list of immediate obsessions, does the violence of war differ from the violence that follows wherever war has been, does the hatred needed for war dissipate faster than the chemicals and radiation, or is it redirected less gruesomely than the cluster bombs?

“In this book are people who know what war does to the world. They also know and draw references to the popular culture of the places dealing the weaponry and targeting the missiles. They have something to contribute to that culture — an understanding that war is not an institution to tolerate or respect or refine or glorify, but a sickness to despise and abolish.

“Not just abolish. Replace. Replace with compassion, with fellow feeling, with courageous sharing, with a community of peacemakers that is global and intimate, not just honest, not just straight-forward and informed, but inspired and insightful beyond the power of prose or camera. For the pen to have a chance at being mightier than the sword, the poem must be more powerful than the advertisement.”