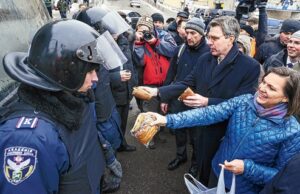 Victoria Nuland, former foreign policy adviser to vice president Dick Cheney, should not be nominated for Undersecretary of State, and if nominated should be rejected by the Senate.

Together, All of Us Can Bring Peace between the United States and Iran

There has never been a more opportune time than now for each of us to do our part to develop peace between nations. 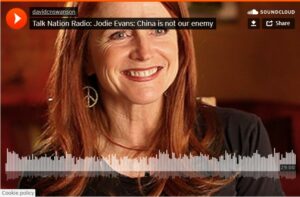 Talk Nation Radio: Jodie Evans: China is Not Our Enemy

The struggle of the indigenous people in Indonesia against the construction of a military base. 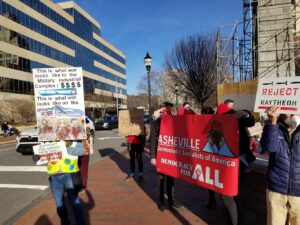 A group of activists with peace groups in Western NC became highly concerned upon learning of plans by Pratt & Whitney (P&W), a subsidiary of military contractor Raytheon Technologies, to manufacture jet engines parts on 100 acres of pristine land along the French Broad River given to them for $1 dollar by Biltmore Farms, LLC as part of a secret deal.