World BEYOND War · Dispatches From Amman

Several episodes ago, I asked around for some recommendations of young or up-and-coming antiwar journalists. A friend introduced me to Matthew Petti, whose work has appeared in the National Interest, the Intercept and Reason. Matthew has also worked at the Quincy Institute, and is currently studying Arabic as a Fulbright scholar in Amman, Jordan.

I began to look forward to Matthew Petti’s social media dispatches from Amman, and thought it’d be a good idea to close the year on the World BEYOND War podcast with an open-ended chat about what a young journalist might observe, learn and discover while living in a city in the Jordan Valley. 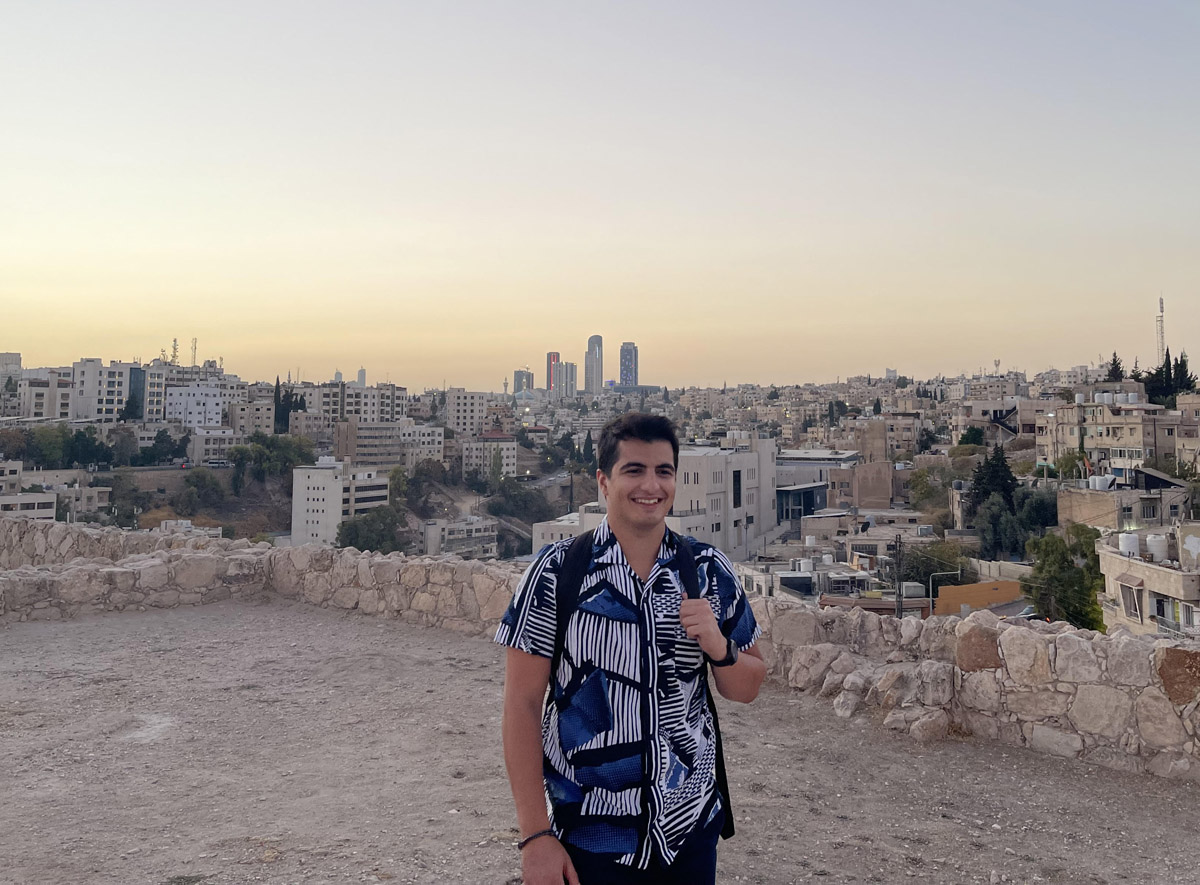 Our fascinating and wide-ranging conversation covered the politics of water, the credibility of contemporary journalism, the status of refugee communities in Jordan from Palestine, Syria, Yemen and Iraq, the outlook for peace in an age of imperial decline, empires from USA to Russia to China to Iran to France, social conservatism and gender in Jordan, open source reporting, the validity of terms like “middle east”, “far asia” or “holy lands” to describe the place Matthew was speaking from, Saddam Hussein nostalgia, the effectiveness of antiwar activism, books by Ariane Tabatabai, Samuel Moyn and Hunter S. Thompson and much more.

We kept returning in this interview to the question of how badly mainstream media has abdicated its responsibility to question the powerful and investigate war crimes and well-entrenched profit motives. We discussed the admirable reporting on one US war crime in Kabul from the New York Times, and if we had conducted the interview a day later we would also have mentioned this groundbreaking research about US war crimes from the same newspaper, though Matthew and I might have still had different perspectives on whether or not this sudden outbreak of excellent investigative journalism from a major US news source does or does not represent any turning of the tides.

Thanks to Matthew Petti for helping us close our year at the World BEYOND War podcast with a bracing conversation! As always, you can reach our podcast at the links below, and wherever podcasts are streamed. Musical excerpt for this episode: “Yas Salam” by Autostrad.