Faith Comes Through: An Interview with Maya Garfinkel 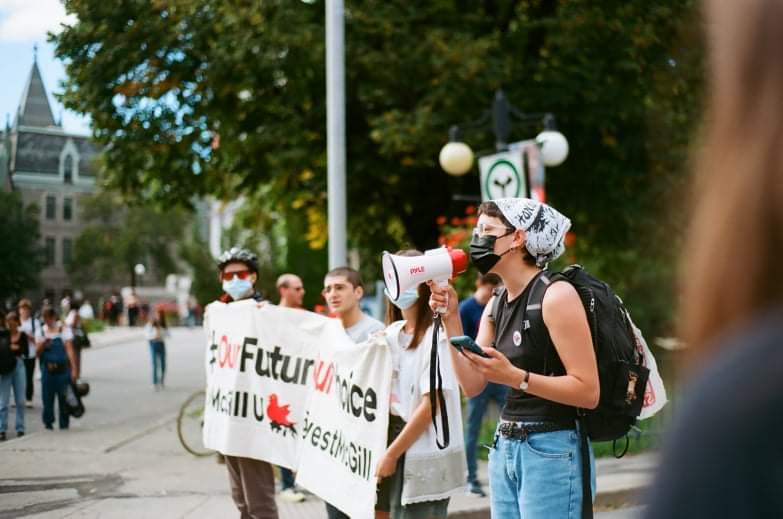 The World BEYOND War monthly podcast is closing out 2022 in conversation with Montreal-based activist and student organizer Maya Garfinkel, who spent this year working with World BEYOND War while completing her college degree at McGill University. Maya has been organizing against Canada’s growing militarism and weapons profiteering while also building relationships between antiwar activists and other movements in Canada that are struggling against cultural and indigenous repression, social injustice, corrupt government spending, climate abuse, theft of Wet’suwet’en lands and extractivism. The connections between these communities informs the urgent work they all constantly do, and the lessons Maya learned while doing this work will be meaningful to activists everywhere.

It’s significant that we spoke to Maya just as they graduated from university, because one difficult question many young activists face is how to sustain a life as an outspoken and powerful force for positive change after leaving college. Maya’s own unique path to social activism took her from Israel to Chicago, USA and then to Montreal, and in this conversation we also talk about queer identity, the meaning of the word “nation”, and how the Jewish faith and Ashkenazi diaspora heritage has informed her awareness of societal injustice and the need to stand against hatred and violence.

A few other excellent progressive podcasts are mentioned in this episode: Media Indigena, From Embers and It’s Going Down. Song excerpts: “The War Racket” by Buffy Sainte-Marie and “Train Comes Through” by Ezra Furman.