US Military Veterans Walk Through Ireland To Promote Peace 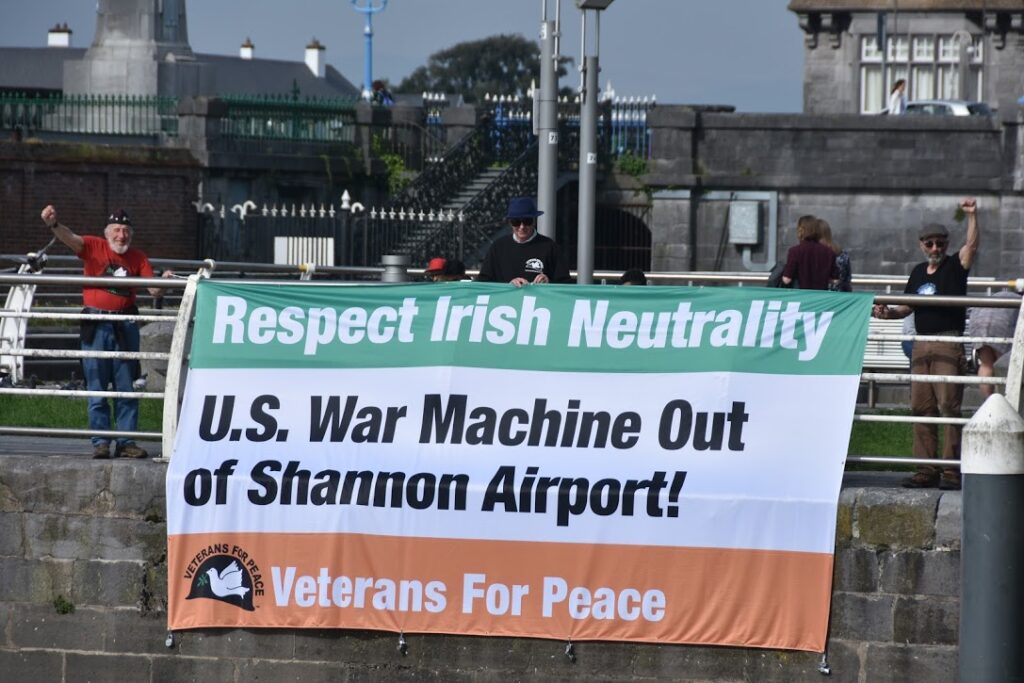 Ken Mayers and Tarak Kauff, both U.S. military veterans, were arrested at Shannon Airport on St. Patrick’s Day for attempting to inspect an Omni International aircraft they believed were carrying U.S. troops and weapons in direct violation of international law. The plane was on its way to Kuwait. Mayers, 82, a former Marine Major, and Kauff, 77, a former U.S.Army paratrooper, were remanded to Limerick Prison where they spent 12 days before being released on 2500 euros bail each and having their passports confiscated. Five months later, the two  peace activists are still here, but they are not silent.
On Saturday, Sept. 7, at 10 am in front of Limerick Prison, where they were incarcerated, the two men will begin Boots on the Ground for Freedom, a series of walks through Ireland to promote peace and, as Kauff has written, “freedom to return home to our families, freedom from war, and the freedom to respect and affirm a strong and peaceful Irish neutrality.”
“The U.S. military is using this civilian airport as a U.S. base, thereby contributing to death and destruction throughout the Middle East and North Africa. What I find particularly heart-rending is that some of this material goes to support the Saudi attack in Yemen where there are over a million people on the verge of starvation. After the starvation that devastated Ireland in the 19th century, it is particularly tragic and bitterly ironic that this nation should be complicit in the starvation of over a million people.” said Mayers.
The first section of the walk will go from Limerick Prison to the steps of the Ennis Court House, arriving on Tuesday, Sept. 10. The courthouse is where the two men were remanded to Limerick Prison.
The men will then walk from Ennis to Eyre Square in Galway, arriving there on Monday, Sept. 16.
From Galway they will be driven to Manorhamilton on Sept. 18 to speak at 8 pm at the Caife Bia Slainte.
They will then walk to Sligo, a distance of 24K, arriving there on Friday, Sept. 20.
From Sligo they will be driven to Letterkenny and from there will walk to Bridgend, arriving on Monday, Sept. 23.
The final section of the September walk will be from Buncara to Malin Head, where the two freedom walkers will arrive on Friday, Sept. 27. Malin Head in Donegal is particularly significant to the two veterans because of the WW II Eire neutrality sign that has been restored there.