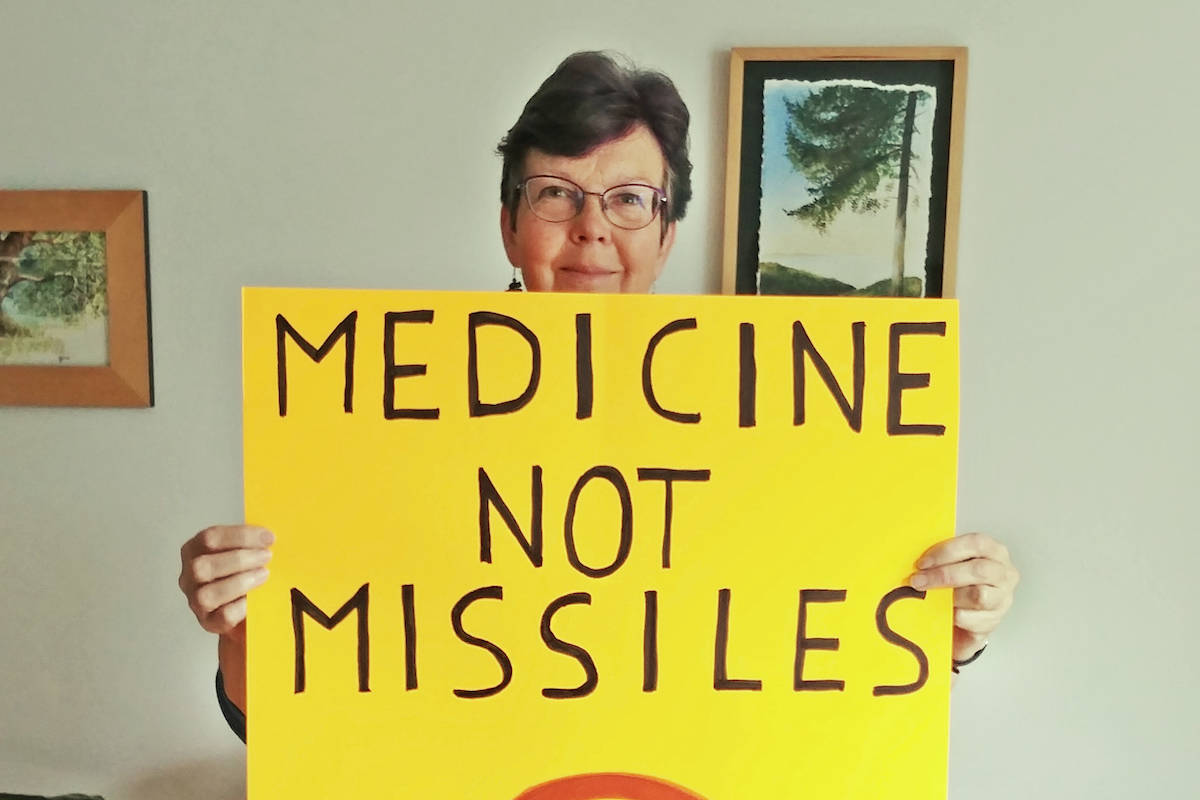 Last July, Ottawa launched a $19-billion competition for the jets, which will reportedly “contribute to the safety and security of Canadians and to meet Canada’s international obligations,” said the government.

Co-organizer, Marilyn Konstapel of Aldergrove, said demonstrators are hoping raise awareness that “medicine not missiles” are essential to Canadians, especially during the COVID-19 pandemic where economic fallout is widespread.

“We are striking for climate change, too,” Konstapel elaborated.

“Buying new fighter jets is unnecessary, they harm people and will only exacerbate the climate change crisis.”

The July 24 “Strike for Climate Peace: No New Fighter Jets” protest will be one of 18 coordinated by Canadian Voice of Women for Peace, World Beyond War, and Peace Brigades International-Canada.

The Langley protest, the third planned for British Columbia, will call for immediate action from the government.

“We need to focus instead on financially recovering from the pandemic,” Konstapel declared about the estimated $15 to $19 million in new jet costs.

Other demonstrations will take place outside of Members of Parliament’s offices in Victoria, Vancouver, Regina, Ottawa, Toronto, Montreal and Halifax.

Bids for what is the second-most expensive government procurement program in Canadian history are due this month.

The winner – which is now between Boeing’s Super Hornet, SAAB’s Gripen, and Lockheed Martin’s F-35 stealth fighters – will be selected in 2022.

The first combat aircraft is planned to be delivered in 2025, according to the government.