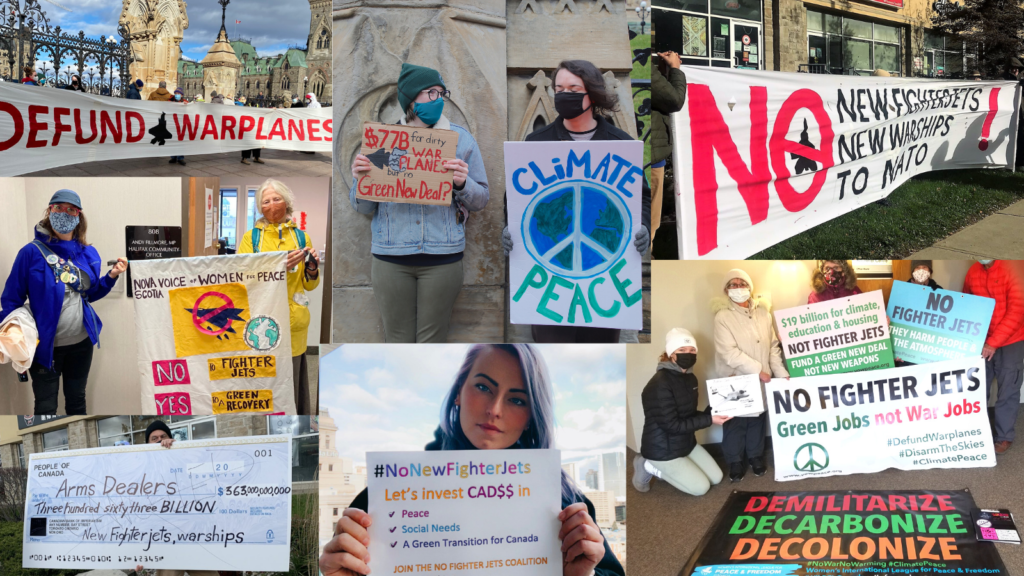 Dozens of #NoNewFighterJets protests took place across Canada this week calling on the government to cancel their planned purchase of 88 new war planes.

The week of action called by the No Fighter Jets Coalition coincided with the opening of a new session of Parliament. It kicked off with a big demonstration on Parliament Hill with actions taking place outside of the offices of Members of Parliament of all the political parties in cities from coast to coast including in Victoria, Vancouver, Nanaimo, Edmonton, Regina, Saskatoon, Winnipeg, Cambridge, Waterloo, Kitchener, Hamilton, Toronto, Oakville, Collingwood, Kingston, Ottawa, Montreal, Edmundston, and Halifax. The protests were planned by dozens of Canadian peace and justice organizations opposed to the federal government spending $19 billion on 88 new fighter jets with a life-cycle cost of $77 billion.

“We are in a climate emergency and a global pandemic exacerbated by social inequalities, the federal government needs to spend precious federal resources on these security challenges not a new weapons system,” said No Fighter Jets coalition and VOW Canada member Tamara Lorincz. 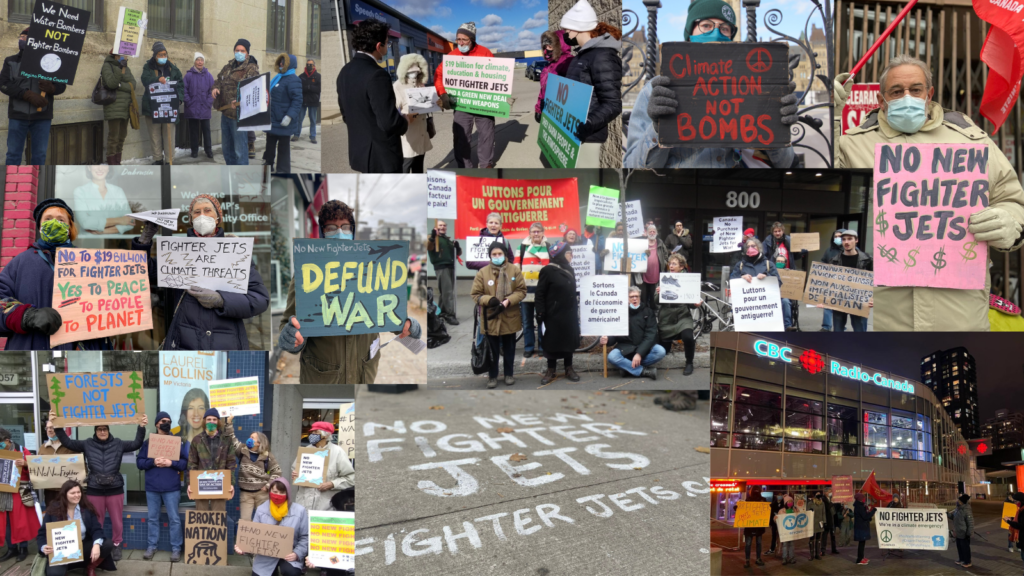 “Amidst flooding in British Columbia and Newfoundland, the Liberals want to spend tens of billions of dollars on a warplane that consumes 5600 liters of carbon-intensive fuel per hour in the air,” said Bianca Mugenyi, director of CFPI and No Fighter Jets coalition member. “This is a climate crime.” 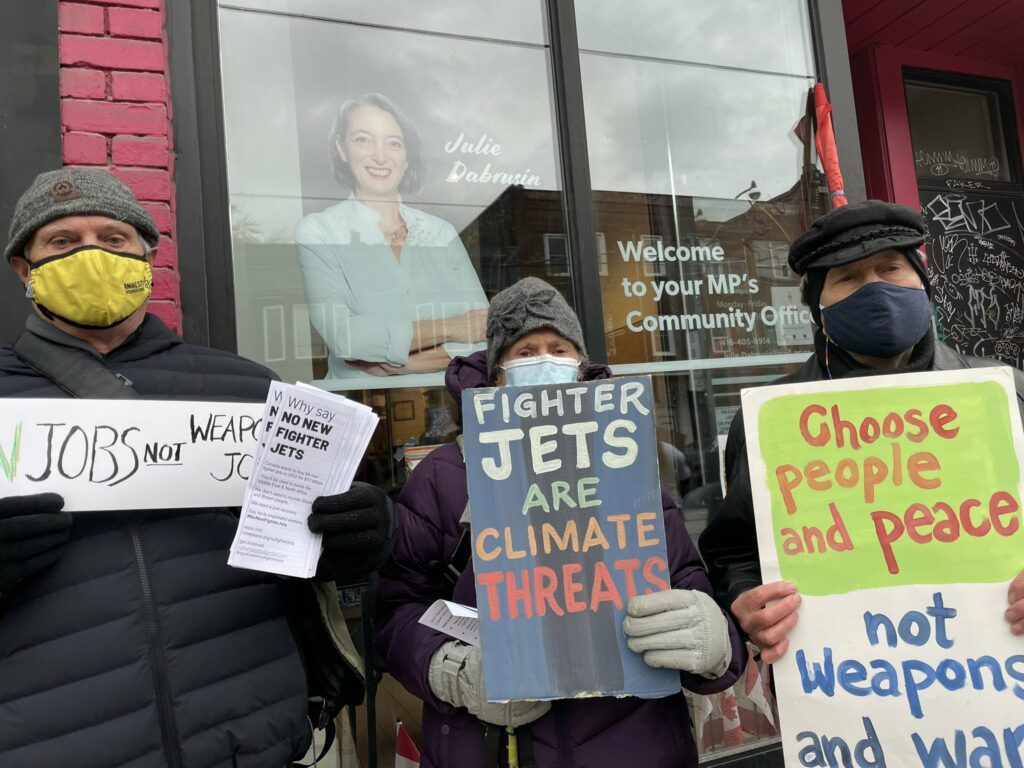 “The federal government is on the cusp of spending approximately $100 billion for new fighter jets and warships,” wrote No Fighter Jets campaign and Hamilton Coalition to Stop the War member Mark Hagar in an opinion piece published in the Hamilton Spectator. “Over the life of these killing machines the combined capital and operating costs will be approximately $350 billion. This will be Canada’s largest military purchase, ever. It far exceeds spending on the climate, health care, Indigenous rights, affordable housing and any of the social justice issues that got more air time in the [federal election] campaign.”

In July, over 100 notable Canadians released an open letter calling on Prime Minister Trudeau to cancel the procurement for new fossil-fuel powered fighter jets that will be based at the Canadian Forces Base in Cold Lake, Alberta and Bagotville, Quebec. Acclaimed musician Neil Young, Indigenous leader Clayton Thomas-Mueller, former Member of Parliament and Cree leader Romeo Saganash, environmentalist David Suzuki, journalist Naomi Klein, author Michael Ondaatje, and singer-songwriter Sarah Harmer are among the list of signatories.