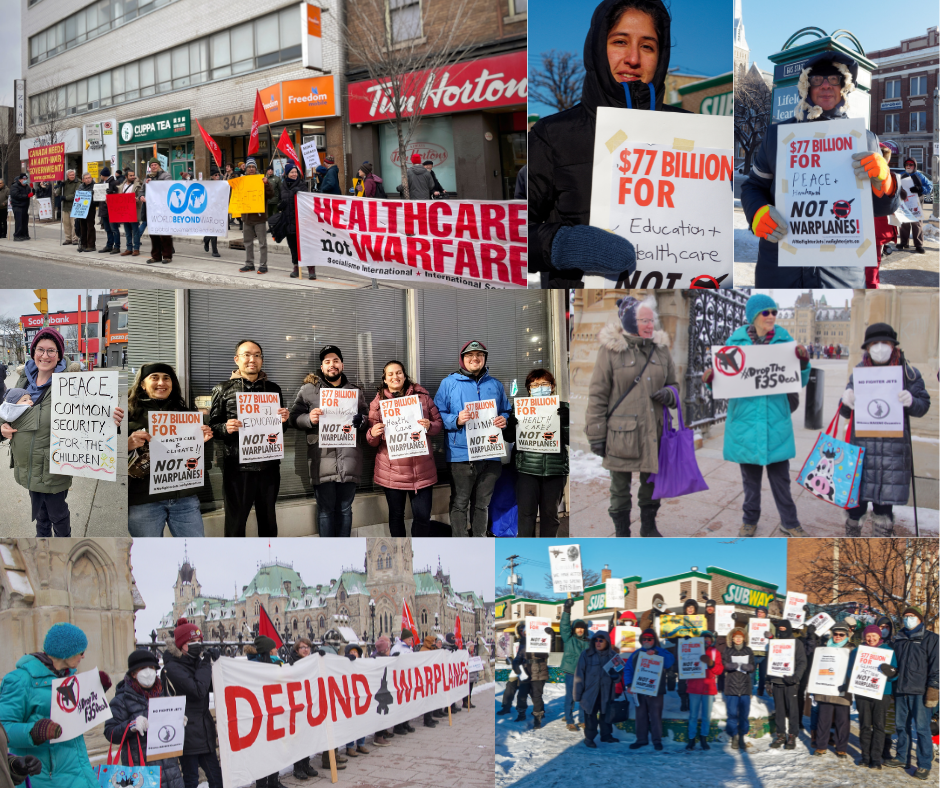 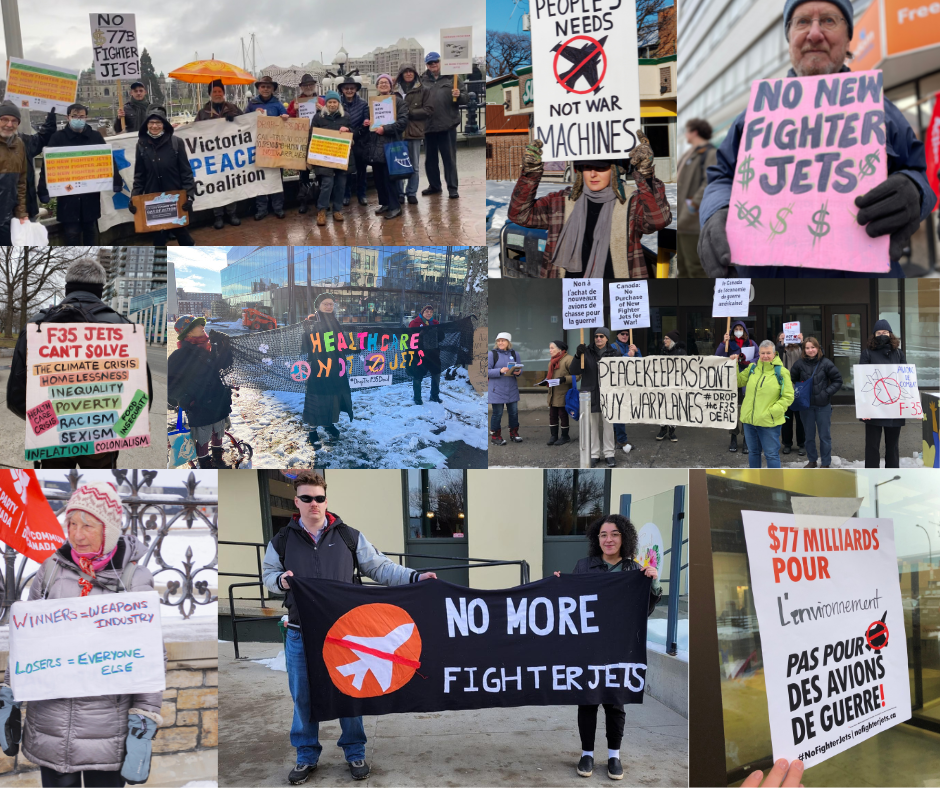 Activists wrote letters-to-the-editor and op-eds in The Spec, The Saskatoon Star Phoenix, and La Presse.

In photos: No Fighter Jets #DropTheF35Deal protests from coast to coast 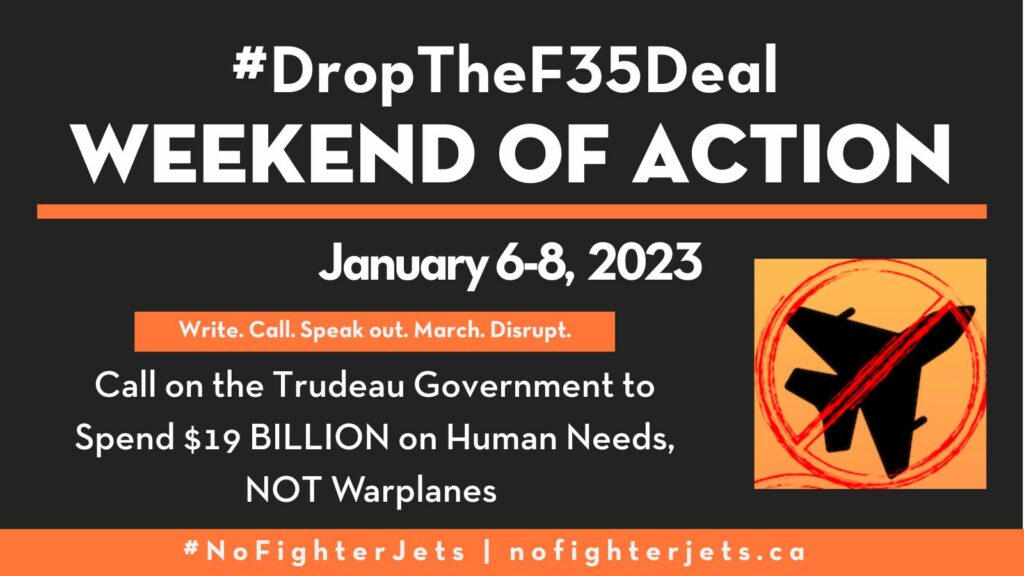 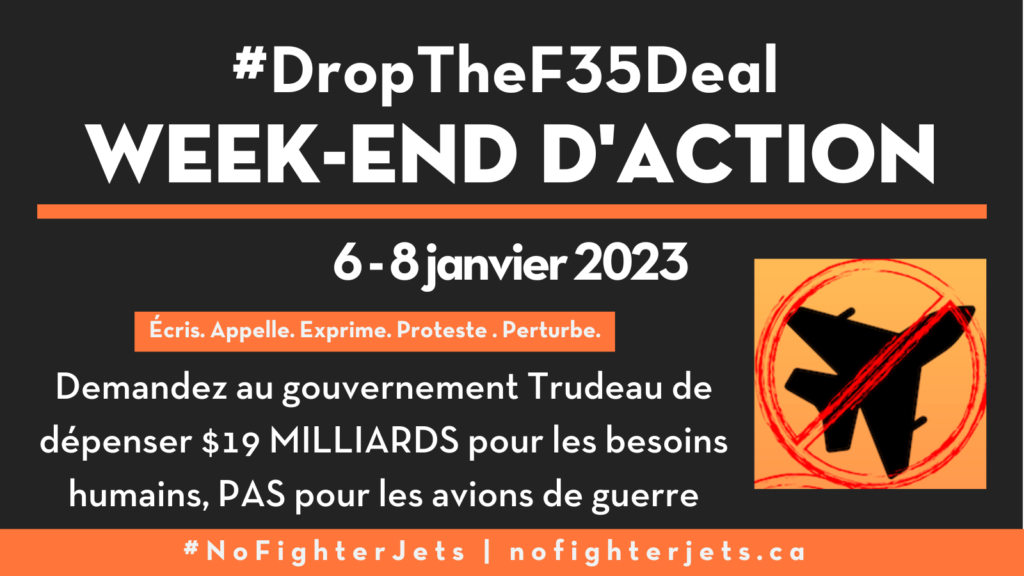 Peace activists will be on the streets from January 6-8, demanding that the Trudeau say no to the F-35 fighter jet deal. The No Fighter Jets campaign encourages peace-loving people across Canada to join demonstrations and activities across Canada for the weekend of action from or to organize your own actions.

On December 22, Global News and La Presse reported that the Canadian government is planning on signing a contract with Lockheed Martin early in the new year. According to a leak by federal government officials, the Department of National Defence has received approval to buy the F-35s despite years of widespread opposition from Canadian citizens, celebrities and parliamentarians. As such, the movement to #DropTheF35Deal and push for #NoFighterJets is as urgent as ever.

Read the Coalition’s response to these developments and more here.