WBW Podcast Episode 28: The Life of Activism with Jodie Evans

World BEYOND War · The Life of Activism with Jodie Evans

I spoke with longtime peace activist and CODEPINK co-founder Jodie Evans during a significant moment in history. On the morning of our podcast interview, USA was completing its withdrawal from 20 disastrous years of war in Afghanistan.

But it was hard to tell from mainstream news coverage that USA’s war had been a terrible mistake. Instead of recognizing the human tragedies of a long failure, many mainstream news outlets and cable news channels seemed to have only discovered that USA had been long at war in Afghanistan at all when its paper government collapsed. Instead of presenting the voices of antiwar activists who’d been trying to call attention to this human tragedy for two decades, mainstream news outlets instead rolled out nostalgic paeans to USA’s shaky imperialism from creaky war cheerleaders including Paul Wolfowitz, John Bolton and, yes, Henry Kissinger.

World BEYOND War is happy to present a more credible voice of sanity and hard-fought determination in episode 28 of our monthly interview podcast series. Jodie Evans learned about civil disobedience from Jane Fonda as a teenage activist in the late 1960s, and is still being arrested with Jane Fonda in 2021. Along the way, she worked on the disruptive presidential campaign of Jerry Brown, co-founded CODE PINK with Medea Benjamin, and travelled on peace delegations to North Korea, Afghanistan, Iraq, Iran, Cuba and Venezuela. Today she is leading China is Not Our Enemy, with an urgent message of cross-cultural bridge-building as a remedy for insane hyper-militarism. 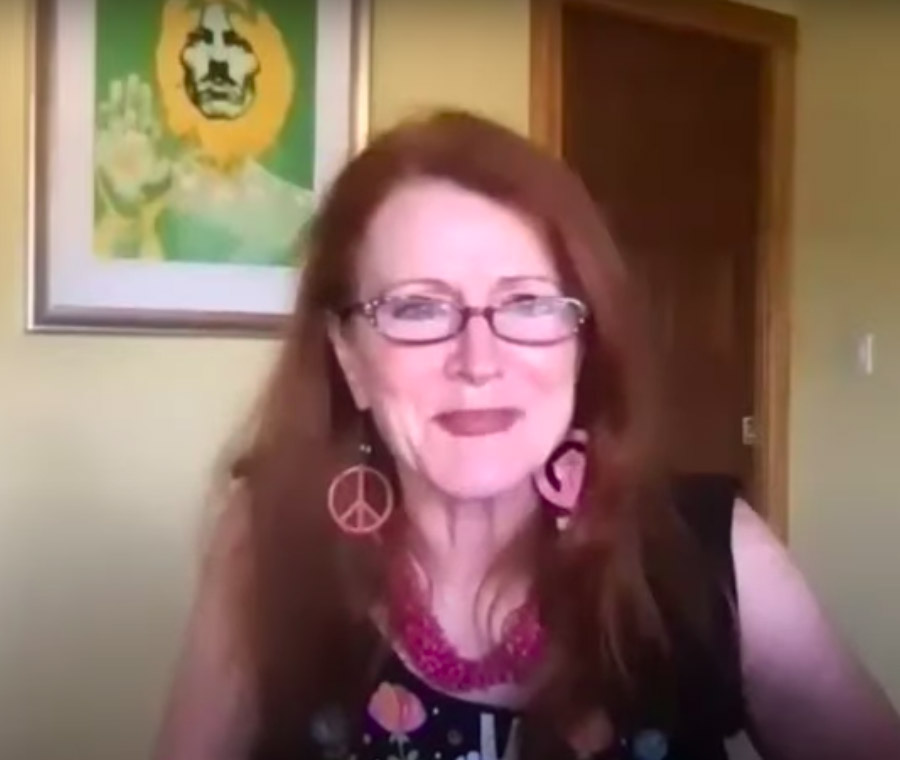 The World BEYOND War podcast is designed to shine a light on the work antiwar activists do, and to give them a chance to reflect on the personal and philosophical aspects of the endless struggle. I was thrilled to be able to ask Jodie about her earliest adventures with civil disobedience, to hear the CODEPINK origin story, and, most importantly, to learn about why it’s so important to push back against anti-Asian hate and rising opportunism for profitable military buildup against China. Thank you to Jodie Evans for speaking with me, and for inspiring the world with her bold example of tireless effort for good causes.

Musical excerpt: George Harrison. All 28 episodes of the World BEYOND War podcast are available for free on your favorite podcast streaming platforms.