Escalation in Europe: The Guns of January with Koohan Paik-Mander 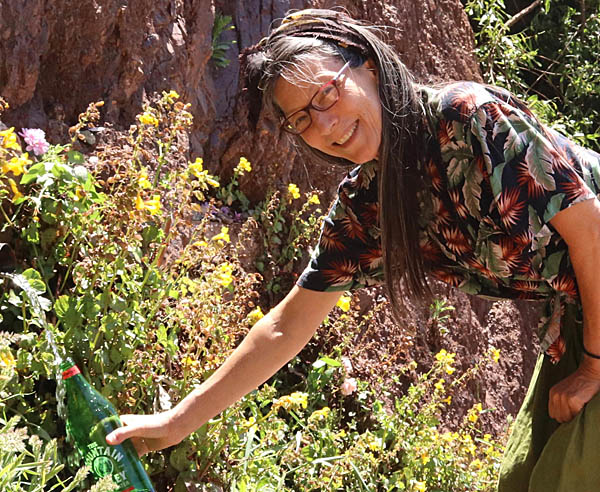 I’m not the kind of podcast host who sounds the same in every episode. You can hear it in my voice when a disastrous global event is happening – Israel bombing Gaza, Trump attacking Iran, or most recently an absurd and sudden rush to military escalation between two of the world’s worst-led nuclear superpowers, the USA and Russia.

At moments like these I think we all can feel like we’re strapped in the back seat of cars driven by drunk drivers, and that the drunk drivers are stepping on the gas and we need to grab the wheel but can’t reach it. The global situation over the Ukraine certainly had me keyed up when it came time to record this month’s World BEYOND War podcast, so I think I made a smart choice in inviting Koohan Paik-Mander, a new member of our organization’s board and a deeply committed peace activist specializing in Asia-Pacific, as my guest for this episode. She was able to provide the kind of holistic perspective and realistic, human-grounded advice that can really help on days when it seems the world is burning.

Koohan Paik-Mander grew up in postwar Korea and on the U.S. colony of Guam, and is a Hawaii-based journalist and media educator. She is also a board member of the Global Network Against Weapons and Nuclear Power in Space and part of the CODEPINK working group “China is Not Our Enemy.” She formerly served as campaign director of the Asia-Pacific program at the International Forum on Globalization. She is co-author of The Superferry Chronicles: Hawaii’s Uprising Against Militarism, Commercialism and the Desecration of the Earth, and has written on militarism in the Asia-Pacific for The Nation, The Progressive, Foreign Policy in Focus, and other publications.

I had a lot of topics on my mind when we began this month’s freewheeling podcast conversation. Koohan illuminated several of my questions by reflecting on the most formative experience in her journey to a life of antiwar and environmental activism. In this episode, she describes what she saw and went through in the struggle to save Korea’s beautiful Jeju Island from the construction of a ruinous US military base.

One point of her powerful story is that we find our own courage, and our own direction, within the communities of activists we struggle with. When a peace activist or environmental activist feels despair, they should immediately join a group fighting for an urgent cause, and commit their lives to it. It’s by doing so that peace activists save their own lives.

In this rollicking conversation, Koohan and I also talk about bio-diversity, anarcho-pacifism, white nationalism in US military and police forces, Xi Jinping’s appearance at Davos, massive whale deaths in the Pacific ocean from military actions, the place of technology and social media in the lives of activists, Extinction Rebellion and other environmental groups, the parallels between today’s Ukraine/Russia buildup and Europe’s collapse into the first world war in 1914, and what must be remembered from Barbara Tuchman’s World War One history book “The Guns of August”.

This month’s musical excerpt is by Youn Sun Nah, chosen by Koohan Paik-Mander.

The World BEYOND War Podcast page is here. All episodes are free and permanently available. Please subscribe and give us a good rating at any of the services below:

World BEYOND War · Escalation in Europe: The Guns of January