The Anti-War Movement Could Be Reignited By Gen Z 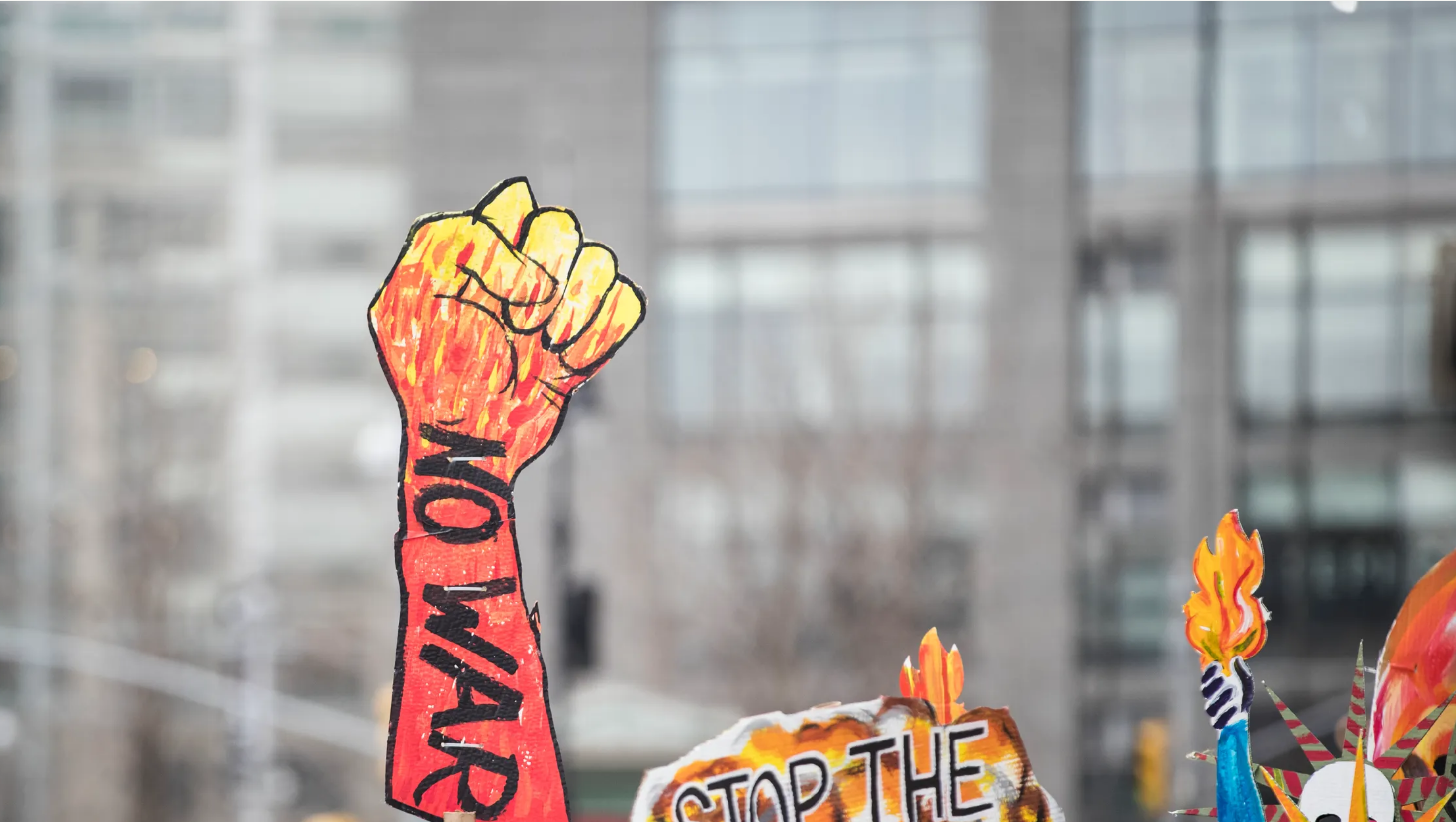 Even after withdrawing from Afghanistan, the United States remains a nation at war. The Biden administration recently renewed its commitment to unchallenged U.S. military supremacy via the Department of Defense’s annual “Global Posture Review,” which emphasizes greater military competition with China and Russia in their respective regions of influence. As of July 2021, the United States maintains 750 foreign bases in 80 countries worldwide. Congress appears poised to pass a massive defense spending bill that would increase the Pentagon’s already massive, bloated budget. This militarization is not a reflection of Gen Z’s priorities.

Gen Z sees issues like health care and economic stability as top concerns — not military power. In fact, the United States’s commitment to acting as the world’s policeman flies in the face of Gen Z’s strong commitment to ending oppression and injustice. From taking to the streets in support of the Black Lives Matter movement to advancing the conversation around the climate crisis, Gen Z has shown a willingness to fight for a better future for everyone. Yet the fight against militarism remains dormant. When it comes to reviving the anti-war movement, Gen Z’s energy, drive, and focus on progress are just what is needed. That is why this article’s authors are members of the Peace Collective, a group of young activists committed to learning about, discussing, and resisting imperialism and encouraging our peers to do the same.

When the U.S. began beating the drums of war in the lead-up to the Afghanistan and Iraq invasions at the start of the 2000s, many of us weren’t even born yet. When we were in elementary school during the Bush administration, we were not yet able to make sense of the culture of militarism and xenophobia that surrounded us. But children soak up their surroundings and we certainly absorbed and retained our experiences growing up in an empire at the height of its pro-war atmosphere.

In September 2021, around the 20th anniversary of 9/11, many longtime leaders of the anti-war movement commented on what the “War On Terror” meant for the United States. Members of the Peace Collective took it upon themselves to reflect on their own experiences too. While we all come from different backgrounds and have different memories of that time, one common theme was just how mind-boggling we found it that grown adults embarked on such an atrocious foreign policy venture. It is now well established that Iraq had no connection to 9/11, and even the once more popular war on Afghanistan is now more widely recognized as a reckless operation that ended the lives of an estimated 47,245 Afghan civilians and 2,448 U.S. service members.

Encouragingly, research by Independent America published in September shows some initial evidence that the anti-war views of the Peace Collective are not the exception, but the rule. This research found that many want to decrease the number of U.S. troops stationed overseas. Those between the ages of 18 and 29 were especially opposed to war, with 80% of those surveyed claiming that the decision to go to war should always require congressional approval. And nearly 60% were critical of U.S. drones’ activity.

These poll responses are encouraging signs of the potential for a more anti-war generation, but this is not enough. If we really want to live in a world that fosters peace and prioritizes humanity’s shared needs, we need to be active in opposing imperialism. While there were anti-war figures who never stopped resisting U.S. militarism, such as Peace Collective’s parent organization CODEPINK, the anti-war movement of the early 2000s became weaker as the years went on. From the false promises of the Obama campaign to the lack of scrutiny of imperialism from corporate media, the harm of militarism turned into background noise for most Americans. But war isn’t a background issue. It harms us here at home and ties into other systems of oppression.

Gen Z has shown its commitment to anti-racism. It is important that those who care about this fight understand how militarism fuels racism. Civil rights were rolled back throughout the United States because of the war on terror. Muslim and Muslim-perceived communities were systemically persecuted through the Patriot Act and the now overturned National Security Entry-Exit Registration System. Today, “national security” is again being invoked to justify a reactionary response toward Asian Americans. As reports of hate crimes against Asian Americans surged 150% throughout major U.S. cities at the height of the pandemic, the FBI created a “China Initiative’‘ which claimed to root out espionage within the United States. Many Chinese scientists working in U.S. academic institutions, however, felt unfairly targeted. According to a study by two University of Arizona researchers, about half of the Chinese scientists surveyed said they felt like they were being surveilled by the U.S. government, with many blaming the program.

When Gen Z took to the streets in summer 2020 to protest police violence, police departments throughout the country responded to our activism with weapons and tactics of war. In the years after 9/11, counterterrorism tactics became a regular part of the abusive treatment by the police of Black communities. A report published in 2020 found that the Pentagon provided $7.4 billion of military equipment to law enforcement agencies over the last two-plus decades.

Along with upholding racism, U.S. militarism also fuels the climate crisis, one of the greatest threats to humanity and a disproportionate threat to communities in the Global South. The Pentagon is one of the biggest institutional polluters of the environment. According to Neta Crawford, who has conducted extensive research on U.S. military pollution for Brown University’s Costs of War project, if the U.S. military were a country, in 2017, it would have been the 55th largest emitter of CO2. We can’t respond to the worst impacts of the climate crisis if we don’t see the Pentagon as an enemy of climate activism.

Every system of oppression upholds every other system of oppression, and the oppression of war — whether in its traditional form of bases and boots on the ground or through more modern methods such as drone strikes and economic sanctions — is no exception. Gen Z has an essential role to play in uniting existing progressive movements like the climate movement and Black Lives Matter. At the same time, we need to foster a strong anti-imperialist angle in every single struggle against injustice. Gen Z can — and must — bring new life to anti-war activism. Our future depends on it.

Editor’s note: This ​​op-ed was written in collaboration with multiple Peace Collective members.