The Iron Cage of War: The Present War System Described

(This is section 3 of the World Beyond War white paper A Global Security System: An Alternative to War. Continue to preceding | following section.)

When centralized states began to form in the ancient world they were faced with a problem we have just begun to solve. If a group of peaceful states were confronted by an armed, aggressive war-making state, they had only three choices: submit, flee, or imitate the war-like state and hope to win in battle. In this way the international community became militarized and has largely remained so. Humanity locked itself inside the iron cage of war. Conflict became militarized. War is the sustained and coordinated combat between groups leading to large numbers of casualties. War also means, as author John Horgan puts it, militarism, the culture of war, the armies, arms, industries, policies, plans, propaganda, prejudices, rationalizations that make lethal group conflict not only possible but also likely.note1

In the changing nature of warfare, wars are not limited to states. One might speak of hybrid wars, where conventional warfare, terrorist acts, human rights abuses and other forms of large scale indiscriminate violence take place.note2 Non-state actors play an increasingly important role in warfare, which often takes the form of so-called asymmetric warfare.note3

While particular wars are triggered by local events, they do not “break out” spontaneously. They are the inevitable result of a social system for managing international and civil conflict, the War System. The cause of wars in general is the War System which prepares the world in advance for particular wars.

The War System rests on a set of interlocked beliefs and values that have been around so long that their veracity and utility are taken for granted and they go mostly unquestioned although they are demonstrably false.note4 Among common War System myths are:

• War is inevitable; we have always had it and always will,
• War is “human nature,”
• War is necessary
• War is beneficial
• The world is a “dangerous place”
• The world is a zero-sum game (What you have I can’t have and vice versa, and someone will always dominate, better us than “them.”)
• We have “enemies.”

“We must abandon unexamined assumptions, e.g., that war will always exist, that we can continue to wage war and survive, and that we are separate and not connected.”

The War System also includes institutions and weapons technologies. It is deeply embedded in society and its various parts feed into each other so that it is very robust. 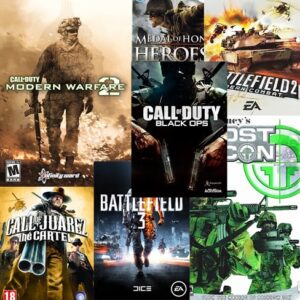 Wars are highly organized, preplanned mobilizations of forces prepared long in advance by the War System which permeates all institutions of society. For example, in the United States (a robust example of a war system participant), not only are there war-making institutions such as the executive branch of government where the head of state is also commander in chief, the military organization itself (army, navy, air force, coast guard) and the CIA, NSA, Homeland Security, the several War Colleges, but war is also built into the economy, perpetuated culturally in the schools and religious institutions, a tradition carried on in families, glorified at sporting events, made into games and movies, and hyped by the news media. Almost nowhere does one learn of an alternative.

A single small example of just one pillar of the culture’s militarism is military recruiting. Nations go to great lengths to enlist young people in the military, calling it, “the Service.” Recruiters go to great lengths to make “the Service” appear attractive, offering cash and educational inducements and portraying it as exciting and romantic. Never are the downsides portrayed. Recruiting posters do not show maimed and dead soldiers or blasted villages and dead civilians.

In the U.S., the Army Marketing and Research Group National Assets branch maintains a fleet of semi-trailer trucks whose highly sophisticated, attractive, interactive exhibits glorify warfare and are intended for recruiting in “hard to penetrate high schools.” The fleet includes the “Army Adventure Semi” and the “All Army Experience” semi and others.note5 Students can play in simulators and fight tank battles or fly Apache attack helicopters and don Army gear for photo ops and get the pitch to join up. The trucks are on the road 230 days per year. The necessity of war is taken for granted and its destructive downside not exhibited.

The culture of militarism encroaches on civil liberties. In wartime, truth is the first casualty as governments propagandize and prevent free discussion and dissent. More recently governments resort to massive electronic surveillance of citizens, to imprisonment without trial or termination and to torture, all justified in the name of national security.

Wars result in part from a certain, simple mind set. Governments have succeeded in convincing themselves and masses of people that there are only two responses to aggression: submit or fight, be ruled by “those monsters” or bomb them into the Stone Age. They frequently cite the “Munich Analogy,”—when in 1938 the British foolishly gave in to Hitler and then, eventually, the world had to fight the Nazis anyway. The implication is that had the British “stood up” to Hitler he would have backed down and there would have been no World War II. In 1939 Hitler attacked Poland and the British chose to fight. Tens of millions of people died.note6 A very hot “Cold War” with a nuclear arms race ensued. Unfortunately, in the 21st century, it has become patently clear that making war does not work to create peace, as the case of the two Gulf Wars, the Afghan War and the Syrian/ISIS war clearly demonstrate. We have entered a state of permawar. Kristin Christman, in Paradigm For Peace, suggests by way of analogy an alternative, problem-solving approach to international conflict:

We wouldn’t kick a car to make it go. If something were wrong with it, we would figure out which system wasn’t working and why: How is it not working? Does it turn on a little? Are the wheels spinning in mud? Does the battery need recharging? Are gas and air getting through? Like kicking the car, an approach to conflict that relies on military solutions does not figure things out: It does not distinguish between the causes of violence and does not address aggressive and defensive motivations.note7

We can end war only if we change the mindset, ask the relevant questions in order to get at the causes of an aggressor’s behavior and, above all, to see if one’s own behavior is one of them. Like medicine, treating only the symptoms of a disease will not cure it. In other words, we must reflect before pulling out the gun. This blueprint for peace does that. 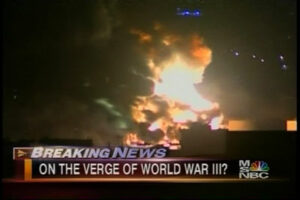 The War System does not work. It does not bring peace, or even minimal security. What it produces is mutual insecurity. Yet we go on.

Wars are endemic; in a War System everyone has to beware of everyone else. The world is a dangerous place because the War System makes it so. It is Hobbes’s “war of all against all.” Nations believe they are victims of plots and threats by other nations, certain that the others’ military might is aimed at their destruction while failing to see their own failings, that their actions are creating the very behavior they fear and arm against as enemies become mirror images of each other. Examples abound: the Arab-Israeli conflict, the India-Pakistan conflict, the American war on terror that creates ever more terrorists. Each side maneuvers for the strategic high ground. Each side demonizes the other while trumpeting its own unique contribution to civilization. Added to this volatility is the race for minerals, especially oil, as nations pursue an economic model of endless growth and addiction to oil.note8 Further, this situation of perpetual insecurity gives ambitious elites and leaders the opportunity to hold on to political power by fanning popular fears, and it provides tremendous opportunity for profit for arms makers who then support the politicians who fan the flames.note9

In these ways the War System is self-fueling, self-reinforcing and self-perpetuating. Believing that the world is a dangerous place, nations arm themselves and act belligerently in a conflict, thus proving to other nations that the world is a dangerous place and therefore they must be armed and act likewise. The goal is to threaten armed violence in a conflict situation in the hopes that it will “deter” the other side, but this fails on a regular basis, and then the goal is not to avoid a conflict, but to win it. Alternatives to particular wars are almost never seriously sought and the idea that there might be an alternative to War itself, almost never occurs to people. One does not find what one does not seek.

It is no longer sufficient to end a particular war or particular weapons system if we want peace. The entire cultural complex of the War System must be replaced with a different system for managing conflict. Fortunately, as we shall see, such a system is already developing in the real world.

The War System is a choice. The gate to the iron cage is, in fact, open and we can walk out whenever we choose.

See other posts related to “Why is an Alternative Global Security System both Desirable and Necessary?”