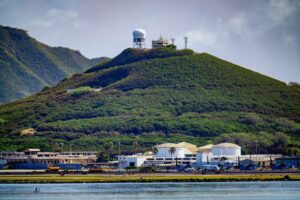 In a remarkable twist, four members of the Legislature of the State of Hawai’i are finally challenging the U.S. military in Hawai’i.  No doubt using the U.S. Navy’s massive jet fuel leak at Red Hill that contaminated the drinking water for over 100,000 residents of O’ahu as an inflection point of deteriorating military and Hawai’i citizen relationships, on March 23, 2022, four legislators held a hearing titled “Declaring Over Militarization to Be a Threat to the Security of Hawai’i and the International Community.”

Having served 29 years in the US Army and Army Reserves and retiring as a Colonel,  also being a U.S. diplomat in the Asia-Pacific, for two years at the US Embassy in the Federated States of Micronesia and at the US Embassy in Mongolia and as a U.S. diplomat with an assignment for two years in the International Affairs office of the Office of the Governor of the State of Hawai’i in 2000-2002, I strongly agree with the characterization of Hawai’i being  “over militarized.”

The State of Hawai’i is “over-militarized” to its detriment. Over militarization is a threat to Hawaii’s own security with seven major military facilities on O’ahu alone:

Kauai has the large Pacific Missile Test Facility and is being pushed by our Congressional delegation to be the home of the contentious, expensive and unwanted by the U.S. military Homeland Defense Radar complex.

Maui has the huge Department of Defense computer system on Maui. This mammoth military complex located in the Hawaiian Islands makes the islands a major target for potential adversaries, particularly O’ahu, where one nuclear bomb dropped on the island would destroy the U.S. military command and control for the Pacific and Asia.

So many military targets means that our human security has been sacrificed for “national” security. While our Congressional delegation proudly “brings home the bacon” in large military expenditures for military projects in Hawai’i, the basic needs of education and infrastructure for the citizens of the state suffer.

In the past four months, we have seen the lack of care the U.S. military has had for the people, land and water of Hawai’i.  Fully aware of the dangers posed by the leaking 80-year-old jet fuel tanks at Red Hill, the U.S. military refused to discuss defueling the tanks until a massive leak contaminated the drinking water of 100,000 residents of O’ahu, many of whom were their own military families.  The island now faces a voluntary water consumption reduction followed in the summer months of mandatory water reduction due to the lack of water available to prevent the jet fuel plume from spreading throughout the aquifer of drinking water for the most populated part of the  island.

Likewise, the citizen’s struggles against the military’s bombing of the island of Kaho’olawe and Makua Valley and the huge amounts of land that are still being damaged by the military mean that sooner, rather than later, the citizens will force the military to end its dominance on these islands.

For our own security, it is time the State of Hawai’i becomes less dependent on military funding in the name of national security.

It is time to stop the “Over Militarization” of Hawai’i.

About the Author:  Ann Wright served 29 years in the U.S. military and retired as a Colonel.  She was also a U.S. diplomat and served in U.S. Embassies in Nicaragua, Grenada, Somalia, Uzbekistan, Kyrgyzstan, Sierra Leone, Micronesia, Afghanistan and Mongolia.  She resigned from the U.S. government in March 2003 in opposition to the U.S. war on Iraq.  She is the co-author of “Dissent: Voices of Conscience.”