Five Benefits of Life Without NATO 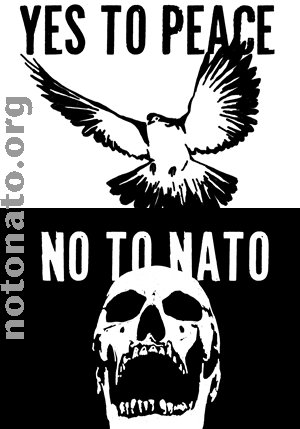 This week, war industry employee Hans Binnendijk claimed in the weapons-advertisement conveyance Defense News that we all get five big benefits from NATO:

So much for point #5 above. Understanding the fundamental dishonesty of point #5 ought to help us with the other four.

Russia spends on its military 7 percent of what NATO does, and Trump is pushing hard and mostly successfully for NATO to spend more, and for more nations to join NATO (as long as they aren’t Russia). Russia has been reducing its military spending each year. The best way to prevent attacks on countries would be to actually support the rule of law, diplomacy, cooperation, and aid, and to cease engaging in attacks on countries (Afghanistan, Pakistan, Libya, etc.)

While Europe is perfectly capable of uniting its militaries, it and the world would be better off if it got rid of them.

While Asian nations are perfectly capable of starting their own wars, they and the world would be better off with former members of NATO pushing for peace.

First and foremost, we would have more time to devote in the coming years and decades to drooling over the ever-imminent revelations of the holy Mueller Report.

But there would be some significant benefits. Here are five:

David Swanson will be unwelcoming NATO to Washington, D.C., on April 4th. Will you?