The Reason Why Italy Deploys its Fighters in Lithuania 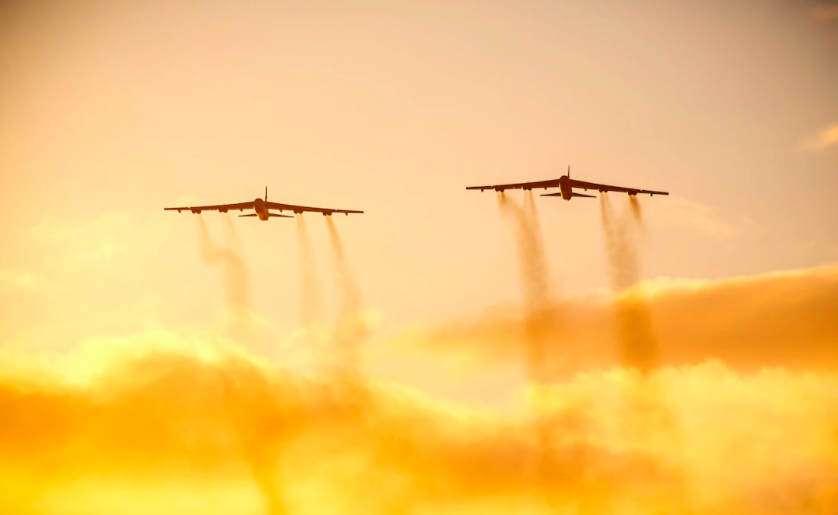 In Europe civil air traffic is expected to drop by 60% this year compared to 2019, due to Covid-19 restrictions, putting more than 7 million jobs at risk. On the other hand, military air traffic is growing.

On Friday, August 28, six US Air Force B-52 strategic bombers flew over the thirty NATO countries in North America and Europe in a single day, flanked by eighty fighter-bombers from allied countries in different sections.

This large exercise called “Allied Sky” – said NATO Secretary General Jens Stoltenberg – demonstrates “the powerful commitment of the United States to the Allies and confirms that we are able to deter aggression.” The allusion to “Russian aggression” in Europe is evident.

The B-52s, that were transferred on August 22 from North Dakota Minot Air Base to Fairford in Great Britain, are not old Cold War planes used only for parades. They have been continuously modernized, and retain their role as long-range strategic bombers. Now they are further enhanced.

The US Air Force will shortly equip seventy-six B-52s with new engines at a cost of $20 billion. These new engines will allow bombers to fly 8,000 km without refueling in flight, each carrying 35 tons of bombs and missiles armed with conventional or nuclear warheads. Last April, the US Air Force entrusted Raytheon Co. to produce a new long-range cruise missile, armed with a nuclear warhead for the B-52 bombers.

With these and other strategic nuclear attack bombers, including the B-2 Spirit, the US Air Force has made over 200 sorties over Europe since 2018, mainly over the Baltic and the Black Sea close to Russian airspace.

European NATO countries participate in these exercises, particularly Italy. When a B-52 flew over our country on August 28, Italian fighters joined in. simulating a joint attack mission.

Immediately after, Italian Air Force Eurofighter Typhoon fighter-bombers took off to deploy to the Siauliai base in Lithuania, supported by about one hundred specialized soldiers. Beginning September 1, they will remain there for 8 months until April 2021, to “defend” the Baltic airspace. It is the fourth NATO “air policing” mission carried out in the Baltic area by Italian Air Force.

Italian fighters are ready 24 hours a day to scramble, to take off on alarm and intercept “unknown” aircrafts: they are always Russian airplanes flying between some internal airport and the Russian Kaliningrad exclave through international airspace over the Baltic.

The Lithuanian base of Siauliai, where they are deployed, has been upgraded by the United States; USA has tripled its capacity by investing 24 million euros in it. The reason is clear: the air base is just 220 km from Kaliningrad and 600 from St. Petersburg, a distance that a fighter like the Eurofighter Typhoon travels in a few minutes.

Why is NATO deploying these and other conventional and nuclear dual-capacity aircrafts close to Russia? Certainly not to defend the Baltic countries from a Russian attack which would mean the beginning of the thermonuclear world war if it happened. The same would happen if NATO planes attacked neighboring Russian cities from the Baltic.

The real reason for this deployment is to increase tension by creating the image of a dangerous enemy, Russia preparing to attack Europe. This is the strategy of tension implemented by Washington, with the complicity of European governments and Parliaments and the European Union.

This strategy involves a growing military spending increase at the expense of social spending. An example: the cost of a flight hour of a Eurofighter was calculated by the same Air Force in 66,000 euros (including the aircraft amortisation). An amount larger than two average gross salaries per year in public money.

Every time a Eurofighter takes off to “defend” the Baltic airspace, it burns in one hour the corresponding of two jobs in Italy.