(This is section 28 of the World Beyond War white paper A Global Security System: An Alternative to War. Continue to preceding | following section.) 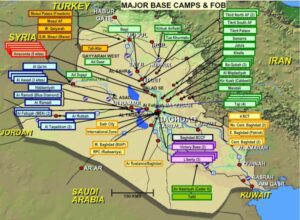 The occupation of one people by another is a major threat to security and peace, resulting in structural violence that often promotes the occupied to mount various levels of attacks from “terrorist” assaults to guerrilla warfare. Prominent examples are: Israel’s occupation of the West Bank and assaults on Gaza, and China’s occupation of Tibet. Even the strong U.S. military presence in Germany some 70 years after World War II has not prompted a violent response, but does create resentment.

Even when the invading and occupying power has overwhelming military capability, these adventures usually do not work out due to several factors. First, they are enormously expensive. Second, they are often pitted against those who have a greater stake in the conflict because they are fighting to protect their homeland. Third, even “victories,” as in Iraq, are elusive and leave the countries devastated and politically fractured. Fourth, once in, it’s hard to get out, as the U.S. invasion of Afghanistan exemplifies which officially “ended” in December, 2014 after thirteen years, although some 13,000 U.S. troops remain in country. Finally, and foremost, invasions and armed occupations against resistance kill more civilians than resistance fighters and create millions of refugees.

Invasions are outlawed by the UN Charter, unless they are in retaliation for a prior invasion, an inadequate provision. The presence of troops of one country inside another with or without an invitation destabilizes global security and makes conflicts more likely to be militarized and would be prohibited in an Alternative Security System.