(This is section 52 of the World Beyond War white paper A Global Security System: An Alternative to War. Continue to preceding | following section.) 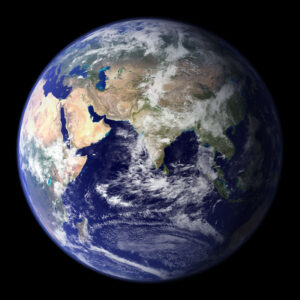 The following is based on the argument that reforms to existing international institutions are important, but not necessarily enough. It is an argument that the existing institutions for dealing with international conflict and the larger problems of humankind are wholly inadequate and that world needs to start over with a new global organization: the “Earth Federation,” governed by a democratically elected World Parliament and with a World Bill of Rights. The United Nations’ failures are due to its very nature as a body of sovereign states; it is unable to solve the several problems and planetary crises which humankind is now facing. Instead of requiring disarmament, the UN requires the nation states to maintain military force that they can loan to the UN on demand. The UN’s last resort is to use war to stop war, an oxymoronic idea. Furthermore, the UN has no legislative powers—it cannot enact binding laws. It can only bind nations to go to war to stop a war. It is totally unequipped to solve global environmental problems (the United Nations Environment Programme has not stopped deforestation, toxification, climate change, fossil fuel use, global soil erosion, pollution of the oceans, etc.). The UN has failed to solve the problem of development; global poverty remains acute. Existing development organizations, especially the International Monetary Fund and the International Bank for Reconstruction and Development (the “World Bank”) and the various international “free” trade agreements, have simply allowed the rich to fleece the poor. The World Court is impotent, it has no power to bring disputes before it; they can only be brought voluntarily by the parties themselves, and there is no way to enforce its decisions. The General Assembly is impotent; it can only study and recommend. It has no power to change anything. Adding a parliamentary body to it would just be creating a body which would recommend to the recommending body. The world’s problems are now at a crisis and are not amenable to being solved by an anarchy of competitive, armed sovereign nation states each interested only in pursuing its national interest and unable to act for the common good.

Therefore, reforms of the United Nations must move toward or be followed by the creation of an unarmed, non-military Earth Federation, made up of a democratically elected World Parliament with power to pass binding legislation, a World Judiciary, and a World Executive as the administrative body. A large movement of citizens has met several times as the Provisional World Parliament and they have drafted a draft World Constitution designed to protect liberty, human rights, and the global environment, and to provide for prosperity for all.