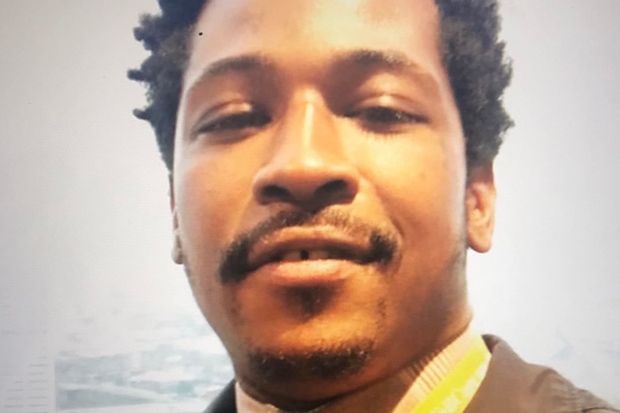 Well, he deserved to die, didn’t he? He fought, he ran, he grabbed the cop’s taser and fired it. And he was intoxicated, apparently. And he was blocking traffic.

“If an officer is hit with that Taser, all of his muscles will be locked up, and he’ll have the inability to move and to respond,” said a Georgia county sheriff, referring to the killing of Rayshard Brooks in Atlanta on June 12. “This was a completely justified shooting.”

Between the global outrage over police killings and the defenders of the police lies a void — a complete lack of common ground — that must be crossed. The killing of Rayshard Brooks, like the killings of so many other men and women of color over the years and in recent weeks, is only justified from the narrowest possible perspective: Did he or she violate the rules of the game? Usually some “violation,” however minor or irrelevant, can be found and, voila, shooting justified!

What’s cruelly missing from this case-closed attitude — interrupted over the last five or six years by the prevalence of videos posted on social media that often completely shatter the police story of what happened — is a sense of humanity for the victim and, beyond that, a willingness to acknowledge America’s insane level of violence, institutional and otherwise.

“Rayshard Brooks was killed a day before he planned to celebrate his daughter’s birthday,” CNN informs us. “Family attorneys say the 8-year-old daughter waited for her father in her birthday dress that morning. But he never came home.”

Something is profoundly wrong.

Abdullah Jaber, executive director of the Council on American-Islamic Relations-Georgia, put it this way: “A phone call about a man sleeping in a car should never escalate into a police shooting.” He goes on, pointing out that shooting a man in the back as he flees is the epitome of police brutality, but I think the key point is that such minor social problems — a man blocking a drive-through lane at Wendy’s — must never be addressed in such a way that lethal violence is possible.

This is what defunding the police is all about: defunding a system that sees social order as obedience to armed authority; that is growing increasingly militarized; that has no complex understanding of human behavior; and that has deep roots in white racism, which not only goes back centuries but is alive and well in the present moment, in the form of poverty, voter suppression and endless forms of discrimination. Indeed, as Trevor Noah put in on “The Daily Show”: “Racism is like the corn syrup of society. It’s in everything.”

Defunding the police is part of an enormous process of social reorganization. It doesn’t mean simply abandoning all maintenance of social order or eliminating everything that police do, but it does mean disarming — demilitarizing — much, if not all, of that maintenance; reinvesting socially in programs that help people improve their lives, as opposed to punishing them for breaking various rules; and envisioning public order as something that involves the public itself, so that all of us, not just those with badges, guns and official authority, are participants in the process.

“Keeping us safe” is a public relations ploy, that is to say, a lie, which is used to defend and endlessly prolong militarism and war, both internationally and domestically. At its core, there is always an enemy, conveniently dehumanized so that his or her death is virtually always justified. Justification is so easy when you don’t imagine a victim’s 8-year-old daughter waiting for him in her birthday dress.

And as Noah Berlatsky points out, writing at Foreign Policy: “. . . prioritizing the military and war means deprioritizing the resources that make peace possible, like education. In the same vein, Black Lives Matter and the American Civil Liberties Union have called to defund the police in order to redirect money to mental health services and investments in black communities — like, for example, schools. Police officers themselves have pointed out how they’ve become a service of last resort, struggling to deal with the fallout of austerity elsewhere.”

Get it? As we pull money out of programs that actually help people, poverty remains unchecked and disorder — including crime — spreads, thus justifying ever-increasing police budgets and, eventually, ever more militarized police. Impoverished communities, communities of color, must now be kept under control with occupying armies. This is currently the status quo — which is suddenly facing global outrage and is coming apart even as its defenders try desperately to hold it together.

But speaking of armies of occupation: “The military also directly benefits from, and relies on, domestic disinvestment and poverty,” Berlatsky writes. “The armed services focus recruitment efforts on lower-middle-class and poor households. . . . Governments skimp on social services and education spending in poor and minority communities. They spend lavishly on police who stop and harass black people in those neighborhoods with terrifying frequency. And then the well-funded military sets up recruiting stations in poor neighborhoods to fill its ranks, as kids with few other options sign up to go shoot others and be shot at in turn in the United States’ endless foreign wars.”

All of which leads me to U.S. Rep.Barbara Lee’s new resolution before Congress, calling for a $350 billion cut in military spending — almost half the Pentagon’s bloated annual budget. Cuts would include closing overseas military bases, terminating our endless wars, eliminating Trump’s proposed Space Force military branch and much, much more.

“Redundant nuclear weapons, off-books spending accounts, and endless wars in the Middle East don’t keep us safe,” Lee said. “Especially at a time when families across the country are struggling to pay the bills — including more than 16,000 military families on food stamps — we need to take a hard look at every dollar and reinvest in people.”

Reinvest in people? Are we really ready for that level of common sense?

Robert Koehler (koehlercw@gmail.com), syndicated by PeaceVoice, is a Chicago award-winning journalist and editor. He is the author of Courage Grows Strong at the Wound.