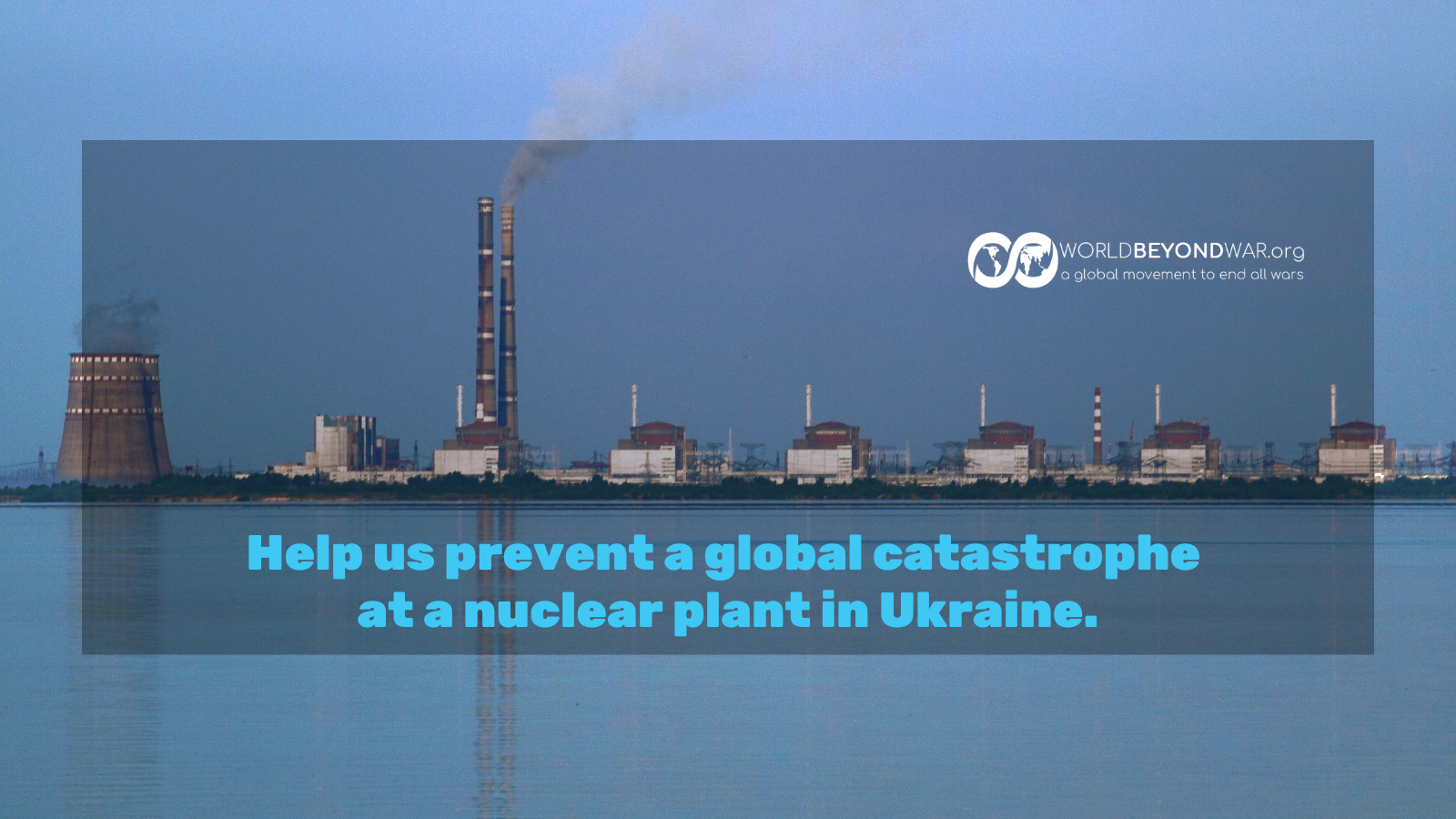 The peacekeeping initiative in Ukraine known as the Zaporizhzhya Protection Proposal initiated by World BEYOND War Board Member John Reuwer and described below has been gaining momentum over the last 2 months. Efforts like this are absolutely critical to ridding the world of war. If nonviolent unarmed actions become better organized and reported, it will become far easier to persuade the more representative governments of the world to invest in systemic preparations for civil resistance, and consequently to abandon military preparations as superfluous. And that model will be something that can be spread from nation to nation, with a great deal of determined work by those who find the vision, the courage, and the relentlessness worthy of the cause. We invite you to read the message below and join us in this work.
—David Swanson, Executive Director of World BEYOND WarDear Peacemakers, Among the most immediate of the many threats faced by Ukrainians is the release of a nuclear dirty bomb by an intentional or accidental mishap at the Zaporizhzhya nuclear power plant, which could create a Chernobyl-like disaster of far larger proportions. This plant has six nuclear reactors and 37 years of nuclear waste sitting in unprotected cooling pools that could contaminate tens of thousands of square kilometers if exploded by combat weapons. Due to shelling near the plant which caused damage to infrastructure, the plant shut down the last of its six reactors, but continued military activity has repeatedly destroyed power lines required to maintain the cooling systems for reactors and waste storage. The plant remains a considerable danger to the world, according to the International Atomic Energy Agency which urgently called for establishing a nuclear safety and security protection zone.That’s why we are working on a proposal to establish an Unarmed Civilian Protection team to prevent a nuclear explosion that would impact Ukraine — and the world. We are in touch with leading experts in the field of unarmed protection and nuclear risk,  and will be meeting with activists in Ukraine to recruit and strategize. This project would require at least a symbolic presence of a few dozen people to accompany the IAEA inspectors, or better, many hundreds to patrol the large perimeter around the nuclear plant. Please let us know if you or anyone you know would consider being part of the team when there is a call for training and planning for deployment to protect the Zaporizhzhya nuclear power plant.

Up until now, the UN International Atomic Energy Agency’s inspectors have led the way by assuming, unarmed, the risks of protecting civilians from a disaster at the plant. The militaries on both sides of the conflict continue to blame each other for the ongoing violence, and are unable to establish such a zone on their own. We see this as an opportunity to offer a team of trained unarmed monitors to support the IAEA workers and patrol a demilitarized zone until the governments come to agreement.

Training would include the basic and advanced methods of unarmed protection, cultural awareness, radiation safety, monitoring techniques, and much else. Main qualifications needed are commitment to nonviolence, ability to function in a complex and potentially dangerous environment (though we intend to minimize the odds of anyone being harmed), physical and psychological stability, and the availability for deployment for at least one month or more after training. Russian language skills would be a real plus.

Preventing a nuclear disaster is of importance not only to Ukrainians and people in the surrounding countries whose land and air would be contaminated, but to many activists around the world. Given an opportunity to train and participate in this way could inspire many to come.

Please reply on the form below to: