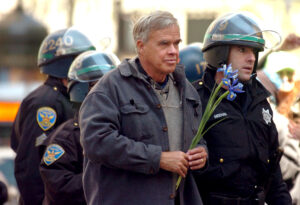 David Hartsough is featured in a long article and interview in Street Spirit. The article begins:

A Quaker’s Ceaseless Quest for a World Without War

After a lifetime of civil rights sit-ins, blockades at nuclear plants, and acts of anti-war resistance, David Hartsough remains a utopian believer in peace and justice. His latest campaign is perhaps the most quixotic of all. It dreams the impossible dream of a world that has abolished war.

During a long lifetime spent working for peace and social justice, David Hartsough has shown an uncanny instinct for being in the right place at the right time. One can almost trace the modern history of nonviolent movements in America by following the trail of his acts of resistance over the past 60 years.

The Street Spirit Interview with David Hartsough, Part I

People would spit at us in the face. They put lit cigarettes down our shirts, and punched us in the stomach so hard we would fall on the floor, and then they kicked us. The American Nazi Party came, yelling white supremacist nonsense and telling us to go back to Russia. 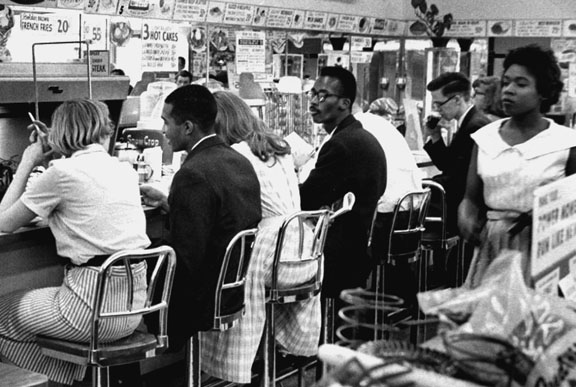 Steet Spirit: Looking back at a lifetime of nonviolent activism, can you remember the first person who helped set your life on this path?

David Hartsough: Gandhi. My parents gave me Gandhi’s book, All Men Are Brothers, on my 14th or 15th birthday. And Martin Luther King who I met when I was 15.

Spirit: Why was Gandhi’s All Men Are Brothers such an inspiration?

Governments have the power to throw us in jail and shoot at us and intimidate us, but they don’t have the power to kill our spirits. They certainly didn’t kill Brian’s spirit. Nuremberg Actions show what people can do to stop our government from fighting wars and causing misery around the world. 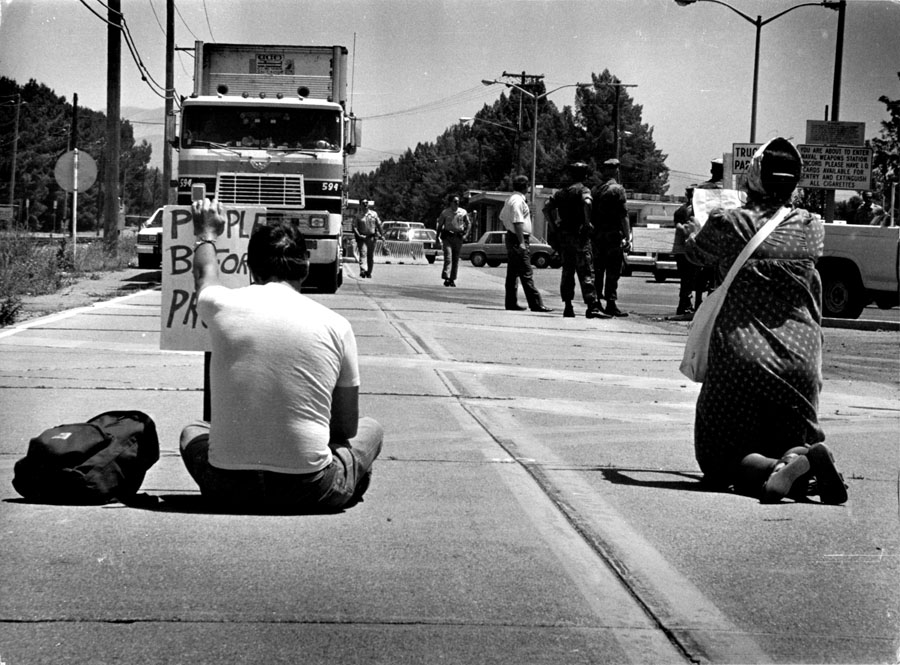 Spirit: David, when were you hired as staff organizer for the American Friends Service Committee in San Francisco?

Hartsough: I was hired in 1973 to be part of the Simple Living Program. My wife Jan and I shared the staff position. Then I began the AFSC Nonviolent Movement Building Program in 1982.

Spirit: As an AFSC staff, how did you become involved in the massive protests at the Diablo Canyon nuclear reactor in the late 1970s and early 1980s?

Come meet author and activist David Hartsough. David will read from his new book Waging Peace: Global Adventures of a Lifelong Activist, and discuss his adventures in peacemaking.