World BEYOND War Podcast: Fasting for Peace in Canada 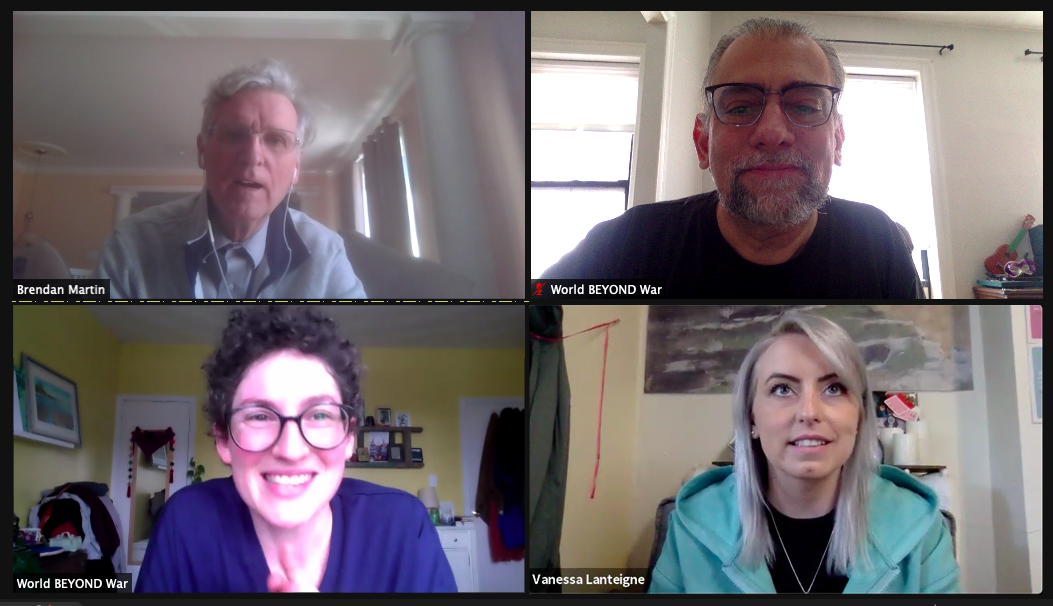 World BEYOND War · Fasting for Peace in Canada

How do we call attention to an urgent issue when nobody is listening? What does it feel like to fast for 14 days to stop your country from buying 88 fighter jets? What does it feel like to stand in front of a truck delivering Canadian weapons to Yemen and realize that the truck drivers aren’t standing down? Episode 24 of the World BEYOND War podcast is about the courage and deep conviction of antiwar activists giving everything they’ve got to the cause.

Dr. Brendan Martin and Vanessa Lanteigne were both on day 12 of a fast on behalf of the No Fighter Jets coalition in Canada when we spoke for the World BEYOND War podcast. As I publish this article about the podcast today, they are on day 14 of this two-week fast, and I’ll be looking forward to hearing about their recovery starting tomorrow. It was a heart-stirring experience for me to host a conversation with two people in the act of giving so much to the causes they stand for – and to see the exhausted smiles on their faces as they managed to keep up an hour-long conversation about their reasons for initiating this protest action.

We were also joined in this conversation by Rachel Small, World BEYOND War’s Canada organizer, who described her own recent experience of blocking trucks from sending Canadian weapons to the brutal war in Yemen.

This was a podcast roundtable interview unlike any I’ve ever hosted before. We talked about the emergence of today’s Canadian antiwar movement, and about other inspiring movement leaders such as Kathy Kelly and Tamara Lorincz. Our conversation covered George Monbiot, Gandhi, Ursula LeGuin, Pope Francis, Cambridge Analytica and more, and ends with an invitation to attend #NoWar2021, the next World BEYOND War annual gathering. Musical excerpt: “We can do it” by Amai Kuda et les Bois.

“Our national identity as peacekeepers … Canadians are not really proud to have a military that’s going off and bombing people. This is not what Canadians see themselves as.” – Vanessa Lanteigne, on day 12 of 14-day protest fast

“The word on the street [about the purchase of 88 fighter jets] is that people are unaware. We just have to get ordinary Canadians involved” – Dr. Brendan Martin, on day 12 of 14-day protest fast.

The Canadian people do not support the purchase of 88 unnecessary fighter jets designed only to kill. This immoral purchase is NOT a done deal, and we will be continuing to follow the movement these activists are struggling so hard to call attention to right now.