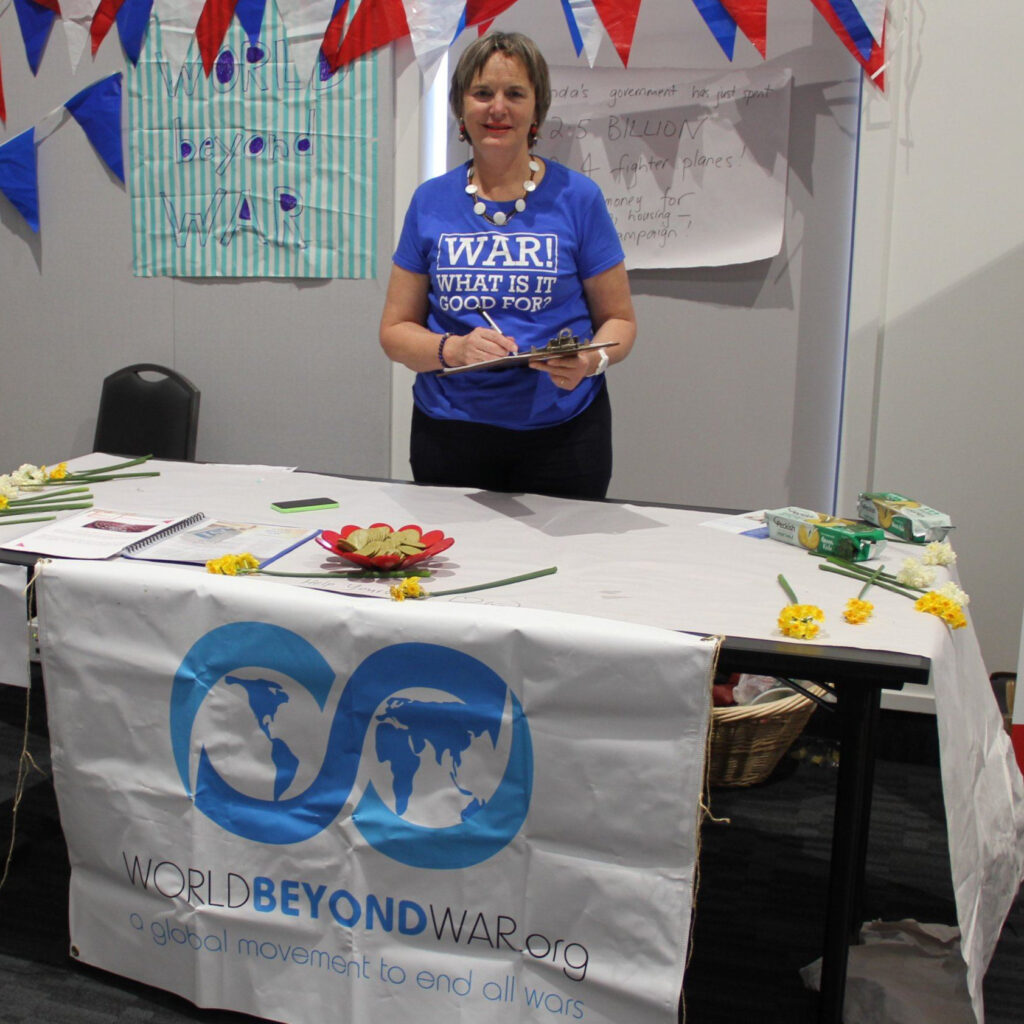 I met WBW Board President Leah Bolger at the Women’s International League for Peace and Freedom triennium in Chicago in 2017 after winning a peace scholarship to study in the US. Leah invited me to become national chapter coordinator for New Zealand. And I enthusiastically said yes! 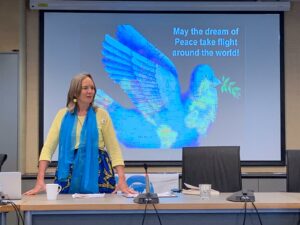 A large part of my work is networking with other peace, environmental, civil society, and faith-based organisations to collaborate and partner on campaigns. I have been involved with protesting the arms fairs in New Zealand for the last four years. Excitingly, the weapons expo was cancelled last year, thanks to our tireless campaigning. I represent WBW at meetings, give talks, and organise events, such as film screenings, rallies, and conferences. Last year, I got the license for a fabulous anti-war film made in New Zealand, Soldiers Without Guns, about the successful peace effort in Bougainville. I organised a series of film screenings in Australia, Prague and Vienna. Another project I’m working on is a campaign to oppose New Zealand’s multi-billion dollar plan to purchase 4 war planes. We collected hundreds of petition signatures, and then delivered the signatures at a rally on the steps of Parliament. 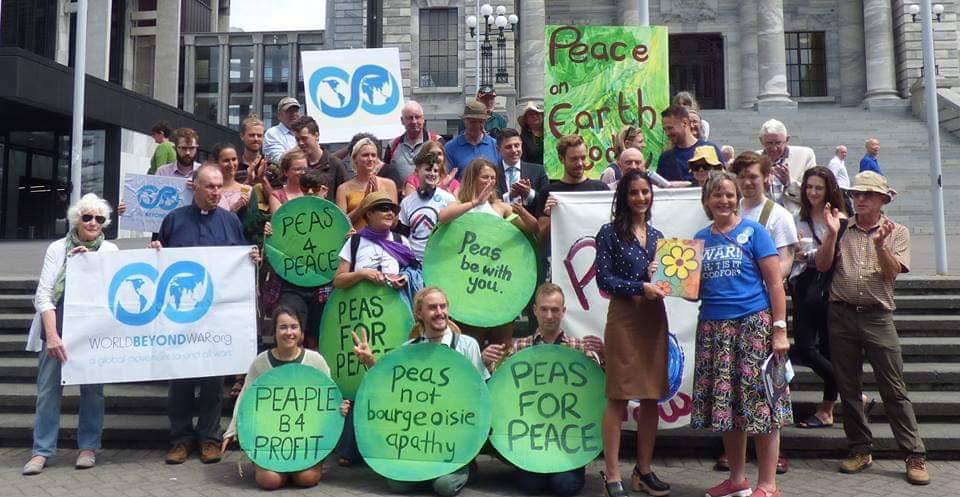 Given that 2020 is an election year in NZ, I am focusing my current efforts on a campaign to create a governmental Ministry for Peace, which focuses on using nonviolent ways to solve problems at every level.

Get your friends involved and make it fun! Come to World BEYOND War’s annual #NoWar conferences to meet up with other peace activists. Another way to get involved is to participate in our online webinars to connect with other WBW members and learn about our campaigns, such as closing military bases and divestment. 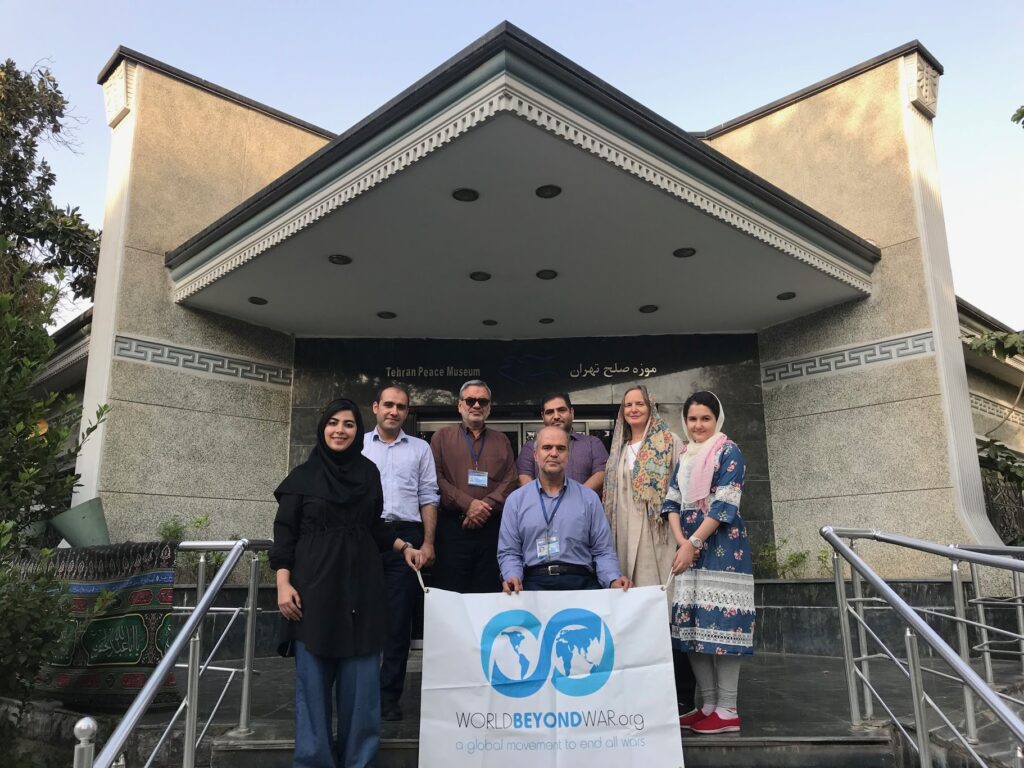 It helps that sometimes we have successes, like the cancellation of New Zealand’s weapons expo, and it’s important to celebrate those. I get that it’s so hard for those in the US under the Trump regime. But I think as a mother and a citizen it’s my duty to leave this world a better place, and I have noticed that activists live long lives!