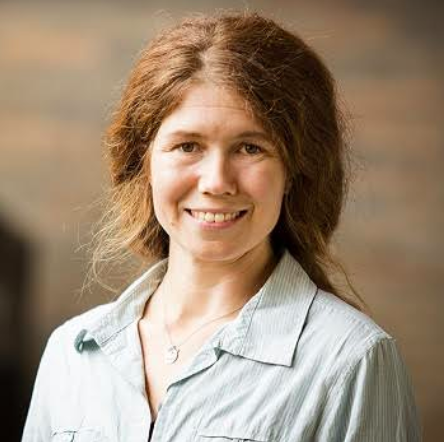 In times like this, many of us feel powerless to do anything about the political, social, and environmental injustices we face. But, power is everywhere. Like sunlight and solar panels, it’s a question of tapping into it. Accustomed to the top-down power of presidents and CEOs, most of us have no idea where to plug in and connect to the phenomenal people power that exists. As the editor of Nonviolence News, I collect 30-50 stories of nonviolence in action each week. These stories are inspiring examples of how people like us are finding unexpected sources of strength, creativity, resistance, hope, and yes, power. Beyond protests and petitions, there are hundreds of ways to work for change. Here are seven ways we can connect to the power of removing our consent and cooperation, refusing to go along with injustice, and intervening in the destructive practices that cause harm. I’ve included several examples in each section – a total of 28 amazing stories – that illuminate how and where people can find the power to make powerful change.

In early 2019, Brunei’s government passed a law calling for adulterers and homosexuals to be stoned to death. Actor George Clooney called for a Hollywood boycott of Brunei’s hotels. Within two months, the government backed off from enforcing the law. What worked here? It’s not just about star power. It’s about wallet power. Clooney’s boycott slashed the profits of a multi-million dollar industry. By organizing his Hollywood friends and associates, the economic impact forced Brunei’s leaders to re-think the law. We may not be millionaires or movie stars, but all of us have the ability to reach for our wallets and mobilize our coworkers, friends, and communities to do the same. This is one type of power we can all use. Every penny counts when working for change.

This article on how to organize a boycott looks at several recent examples of boycotts and shares some tips for success. You can also learn a lot from following current boycotts, like the American Federation of Teachers’ call for a Back-To-School Boycott of Walmart over gun sales, or the massive South Korean boycott of Japanese companies due to an on-going trade war. The most creative example I’ve seen is Extinction Rebellion’s global fashion boycott to cut down on waste and pollution in a time of climate crisis.

To speak up when silence is expected . . . to deviate from the acceptable speech: these are sources of power in our world. The climate justice movement is putting them to work. Class of 0000 (pronounced Class of Zero) organized hundreds of college and university commencement speakers to address climate change in their speeches. These bright students addressed captive audiences of hundreds to thousands of people all across the country, devoting part of their speeches to dealing with the climate crisis. In some places, the administration banned the speeches or swapped out student speakers, showing their draconian suppression of free – and truthful – speech. By speaking up where silence was expected, these students shifted the script and changed the narrative around the climate crisis.

There are many ways to use our voices, podiums, and platforms to speak up for justice. Speaking up doesn’t just happen on a stage. Recently, Icelandic scientists wrote a public eulogy and held a funeral for the first glacier lost to climate change.  In Russia, 17-year-old Olga Misik gained international attention by reading the Russian Constitution – which granted her the right to protest – as Russian riot police arrested her at a pro-democracy demonstration. In Boston, Massachusetts, baseball fans unfurled a giant banner at Fenway Park in support of migrant rights and closing the detention centers. Last spring, I interrupted a hotel breakfast buffet to announce the top headlines in Nonviolence News because the enormous corporate media televisions behind us weren’t covering these important stories. Breaking the silence and deviating from the script is something we all can find a time and place to do.

At a time when extremists (particularly white nationalists) are causing hate crimes, mass shootings, unjust policies, and violent rallies, these Christians are stepping up to denounce Christian Nationalism. 10,000 of them signed a declaration against the ideology and are preparing to take further action to rein in the abuses of people who claim to share their faith. They’re tapping into the power of faith – but not in the way we usually mean that phrase. Our faith groups are large networks of people. When we take responsibility for the manner in which those networks behave, we can stand up against abuse in powerful ways.  This is true for religions, races, classes, businesses, unions, neighborhood associations, academic institutions, cultural identities, ethnicities and more. Take a look at all the networks that contribute to who you are – you’ll find plenty of opportunities to organize with others who share those beliefs to hold your circles accountable.

Organizing around common ground and shared identities can be very powerful. Recently, Japanese-Americans protested migrant detention centers, denouncing the system of internment camps during WWII, leading to the decision not to use a former Oklahoma internment camp as a migrant detention center. This action was also supported by people of Jewish faith – who have been increasingly organizing together. For example, #IfNotNow mobilizes Jewish Americans to oppose Israel’s apartheid system and oppression of Palestinians. Our faith groups, in particular, have many important social justice issues to take responsibility on. Check out this story of how a group of Christians surprised Pride Parade marchers with signs that apologized for the anti-LGBTQ views of other Christians.

When these eight artists realized that one of the board members of the prestigious Whitney Museum made his fortune selling tear gas and riot gear, they pulled their pieces out of the Whitney Biennial. Along with a protest action campaign, these efforts succeeded in getting the donor/board member to resign. This type of power has to do with refusing to offer one’s labor, intelligence, creativity, and abilities to an institution engaging in or supporting an injustice. Many of us have labor or creative capital – and we can choose to lend our names and skills to an organization or refuse to be associated with it.

In the opposite way, here’s a story about a museum leveraging its prominence to support a movement: this famous London museum decided to show an exhibit of Extinction Rebellion’s “artefacts” to raise awareness about the need for climate action. Artists can also leverage their creativity for memorable protests, such as the Australians who used art instead of written comments to oppose a mine. Upset at their government’s support of the toxic industry, Australians sent 1400 paintings of a bird species endangered by a proposed mine to the public officials.

After failing to find a buyer for the insolvent and privately-owned shipyard that built the Titanic, the factories in Belfast, Ireland, were slated to be closed. Then 130 workers occupied the yards with a rotating blockade, denying the foreclosure officials access. Their demand? Nationalize the facilities and convert them to building renewable energy infrastructure. For weeks, the workers have maintained the occupation and blockade. Their example is a reminder to all of us that we have more power than we think. These Irish workers faced unemployment – instead, they grasped their collective power to intervene with a new solution.  Can you imagine if you and your coworkers organized such visionary action?

Labor organizing has a long and impressive history of action. Even beyond union strikes, workers have banded together to work for change. Recently, Walmart workers held a walk-out in protest of company’s continued gun sales. The Swedish women’s hockey team boycotted trainings over an unsettled pay dispute. Portuguese fuel truck drivers went on strike, leading to nationwide fuel shortages. And in Taiwan, the first flight attendant strike in their nation’s history grounded 2,250 flights in a struggle to gain fair pay. All over the world, people are organizing the workplace to work for change.

In 2019, as the #NoKidsInCages movement decried migrant child detention, Denver, CO, cancelled two city contracts totaling $10.6 million in opposition to the companies’ involvement in private, for-profit, migrant child detention centers. This is just one of the numerous instances and ways municipal bodies have been leveraging their authority, power, and clout to make a difference in social justice issues. By organizing for our cities to take a stand, we can push for change with the collected might of the city. It’s bigger than our household, but often easier to shift than our federal government.

The amount of recent municipal action deserves its own article, but here are three great examples of city power. In Prague, the mayor refused to deport a Taiwanese man despite China’s pressure and threats to cut financial investments in the city. Berkeley, CA, concerned about the climate crisis, banned fracked gas infrastructure in new construction, prompting three other Bay Area cities to take similar action. And, three mass shootings in one week in the US prompted the city mayor of San Rafael, CA, to order the flags to be kept at half-mast until Congress acts to stop mass shootings.

In a dramatic and memorable street action, the climate justice group, Extinction Rebellion, used five boats to stop traffic in Cardiff, Glasgow, Bristol, Leeds, and London. The action halted fossil fuel powered cars with an ironic reminder that life-as-usual is causing global warming, climate catastrophe, and rising sea levels. This action tapped into our power to nonviolently interrupt and disrupt using blockade actions. In efforts to stop fossil fuel pipelines, this tactic has been used so frequently that the hundreds of efforts have been dubbed “Blockadia”.

Blocking and stopping injustice from carrying out its plans is a powerful – and risky – type of action.  But if you can pull it off successfully, it’s one of the best examples of applied people power. In Seattle, citizens formed a rolling picket lineto block ICE from driving out of their headquarters to conduct immigration raids. In Appalachia, protesters decided to lockdown to equipment to stop construction of a fossil fuel pipeline. And in Kentucky, unpaid coal miners blockaded the coal trains for weeks in demand for unemployment compensation.

These are just a few examples of the hundreds actions – involving millions of people – that have occurred in the past few months. These seven categories offer a glimpse of the many places we can find the power to make a difference. This kind of power isn’t the strength of individual superheroes, saints, or political leaders. This is the kind of power that we all wield, together, when we find ways to shake up life-as-usual in order to work for change. With nonviolent action, we can find hundreds of ways to influence our world in the social, cultural, spiritual, political, financial, economic, industrial, and educational spheres. We have more power than we think . . . we just have to tap into it.

Rivera Sun, syndicated by PeaceVoice, has written numerous books, including The Dandelion Insurrection. She is the editor of Nonviolence News and a nationwide trainer in strategy for nonviolent campaigns.