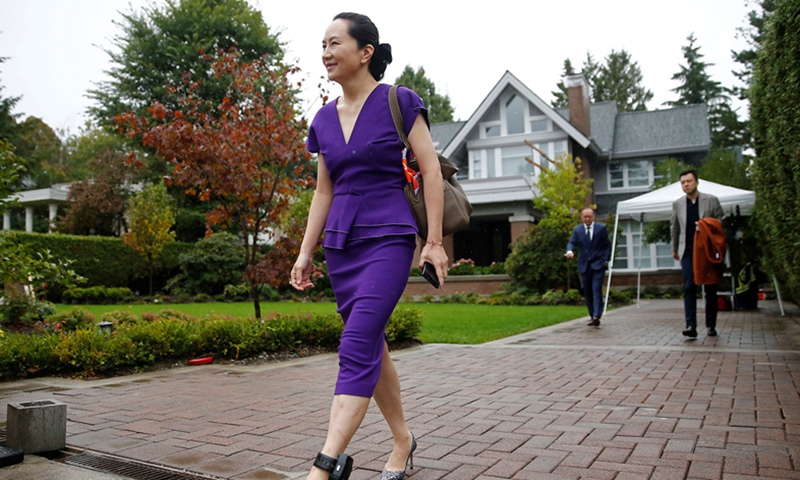 By December 1, Ms. Meng, Chief Financial Officer of Huawei Technologies, will have served two full years of house arrest, as she awaits the outcome of the extradition process for Canada to render her to US authorities. The charges she faces, according to the “superseding indictment” of January 24, 2019, includes seven counts of bank fraud, wire fraud, conspiracy to commit both, plus conspiracy to defraud the USA, all of which, if proven, carry possible sentences of about one hundred and fifty years in a US federal penitentiary, plus heavy fines.

But this judicial action against Meng is unjust, politically motivated by the USA, and contrary to the national interests of Canada. In fact, Meng’s arrest was cynically used by the Trump Administration to drag Canada into a trade war and a new cold war with China. Canadians should be very concerned and should demand that the Trudeau Government of Canada drop the extradition proceedings against Meng and release her at once.

Meng’s arrest was unjust because she committed no crime in Canada. Rather, her company stands accused by the USA of violating its unilateral, and therefore illegal, economic sanctions against Iran. As the whole world realizes, it was the Trump Administration which abrogated the JCPOA (the Iran Nuclear Agreement) in 2018, at which time the Trudeau government expressed regret about the US breaking the accord and reimposing coercive economic measures against Iran.

The problem for the rest of the world, however, is that the US regards itself as an exceptional state (that is to say, not subject to the rules of international law) and routinely tries to apply the principle of extraterritoriality in international law. For example, the USA has taken to court several European banks such as Deutsche Bank, the largest bank in Germany, and BNP Paribas of France, as well as corporations such as the Chinese ZTE, all of which tried to skirt the US sanctions on Iran. The fines levied against them by the USA were enormous, thus making examples of them in front of the whole world.

The US attempt to extradite Meng Wanzhou, however, is qualitatively different in that it marks the first time the USA has ever tried to extradite an executive of a corporation, rather than just to fine the corporation which was seen by the USA to defy its unilateral and illegal economic sanctions.

The US indictment against Meng was approved by a court in New York State on Aug 22, 2018, and the US tried unsuccessfully following that date to pressure many countries, through which Meng travelled, to arrest her. Every single country refused until Meng arrived in Vancouver on December 1, 2018 and Trudeau slavishly and hypocritically acceded to the allegedly “urgent” US extradition request, despite the fact that his government continues to support the JCPOA.

Developments following the arrest of Meng confirm that her arrest was indeed politically-motivated. On December 6, 2018, President Trump declared he might release Meng if he secured a favourable trade deal with China. He also told John Bolton that Meng was “a bargaining chip” in his negotiations in his trade war with China. In fact, in The Room Where it Happened, Bolton reveals that Trump privately gave Meng Wanzhou the nickname, “The Ivanka Trump of China”, a moniker illustrating that Trump understood he was asking Canada to take a high-value hostage in the person of Meng Wanzhou to be leveraged against the People’s Republic to get a trade deal favourable to the USA.

In addition, there is the underhanded attempt by the Five Eyes, which links five English-speaking remnants of the British Empire, namely the UK, the USA, Canada, Australia, and New Zealand, in a formal security and intelligence network, to exclude Huawei Technologies Co. Ltd., which is the jewel in the crown of the Chinese technology industry, from participation in the deployment of 5G internet networks in all of the Five Eyes countries. This underhanded attempt was clearly demonstrated in the letter of October 11, 2018, (just six weeks before Meng’s arrest) of US Senators Rubio and Wagner of the Select Intelligence Committee, advising Prime Minister Trudeau to exclude Huwaei Technologies from the deployment of 5G technology in Canada.

The arrest and extradition proceeding against Meng Wanzhou have contributed to a major deterioration in Canada-China relations. At various times following Meng’s arrest, China, which is Canada’s second-largest trading partner after the USA, banned importation of Canadian canola, pork, and lobsters. Since the livelihoods of thousands of Canadian farmers and fishers depend on the export of these products to China, they were severely affected. 30% of Canadian exports go to China, but Canadian exports only account for less than 2% of China’s imports. So the potential of even more harm is possible. In addition, the promising Chinese-Canadian collaboration on a Covid-19 vaccine collapsed.

Canada and its people paid dearly so far and gained nothing from Trudeau’s obsequious acceptance of Trump’s request to arrest and extradite Meng to the USA.  Moreover, given the Trudeau government’s stated aim to diversify its trading partnerships, it’s counter-productive for Canada to pick a fight with its second largest trading partner.

It’s also important to note that Huawei Technologies Canada employs 1300 very highly-paid workers in Canada and is very heavily invested in contributing its advanced, made-in Canada, R&D expertise to Canada’s 5G network. In fact, Huawei recently moved its entire US R&D division en masse from Silicon Valley, California, to Markham, Ontario, due to deteriorating relations between the USA and China. All of these Canadian jobs, plus the several Huawei research and development centres at several locations across Canada, are threatened by deteriorating relations between Canada and China.

On June 23, 2020, nineteen, former, highly-ranking, Canadian politicians and diplomats, including a former minister of justice, penned an open letter to Trudeau noting that, in the “Greenspan Opinion”, a leading Canadian lawyer had delivered an opinion that it was entirely within the rule of law for the minister of justice unilaterally to end the extradition proceedings against Meng. They noted the harm being done to Canada by the continuing prosecution of Meng as well as the arrest and prosecution in China of the “Two Michaels” (Michael Spavor and Michael Kovrig). The nineteen signatories ended their open letter with a call for Meng’s release. However, the Trudeau government did not accept their recommendation.

On Sept 29, 2020, the Hamilton Coalition To Stop The War (HCSW) announced a grass-roots, public campaign to free Meng, stating that it would like to see a positive reset of Canada-China relations.

In its statement, the Coalition made three demands of the Government of Canada:

1) cease extradition proceedings against Meng and release her immediately;

2) protect Canadian jobs by permitting Huawei Technologies Canada to participate in the Canadian deployment of a 5G internet network;

The Coalition also launched a parliamentary petition to free Meng Wanzhou under the sponsorship of MP Niki Ashton of the New Democratic Party. According to the rules of the House of Commons, if the petition garners at least 500 signatures in 120 days, Ashton will formally introduce the petition in the House, forcing the Trudeau Government formally to respond.

Parliamentary Petition e-2857 garnered 500 signatures in two weeks and has garnered 623 signatures from Canadians and permanent residents of Canada, at the time of this writing.

Sign up to participate in the Zoom panel discussion on November 24 here. For more information on this campaign and the day of action on December 1 consult the HCSW website or contact the writer at kenstone@cogeco.ca.

Ken Stone is a long-time antiwar, environmental, social justice, labour, and anti-racism activist. He is currently Treasurer of the Hamilton Coalition To Stop The War.