Russians Speak Up Against War 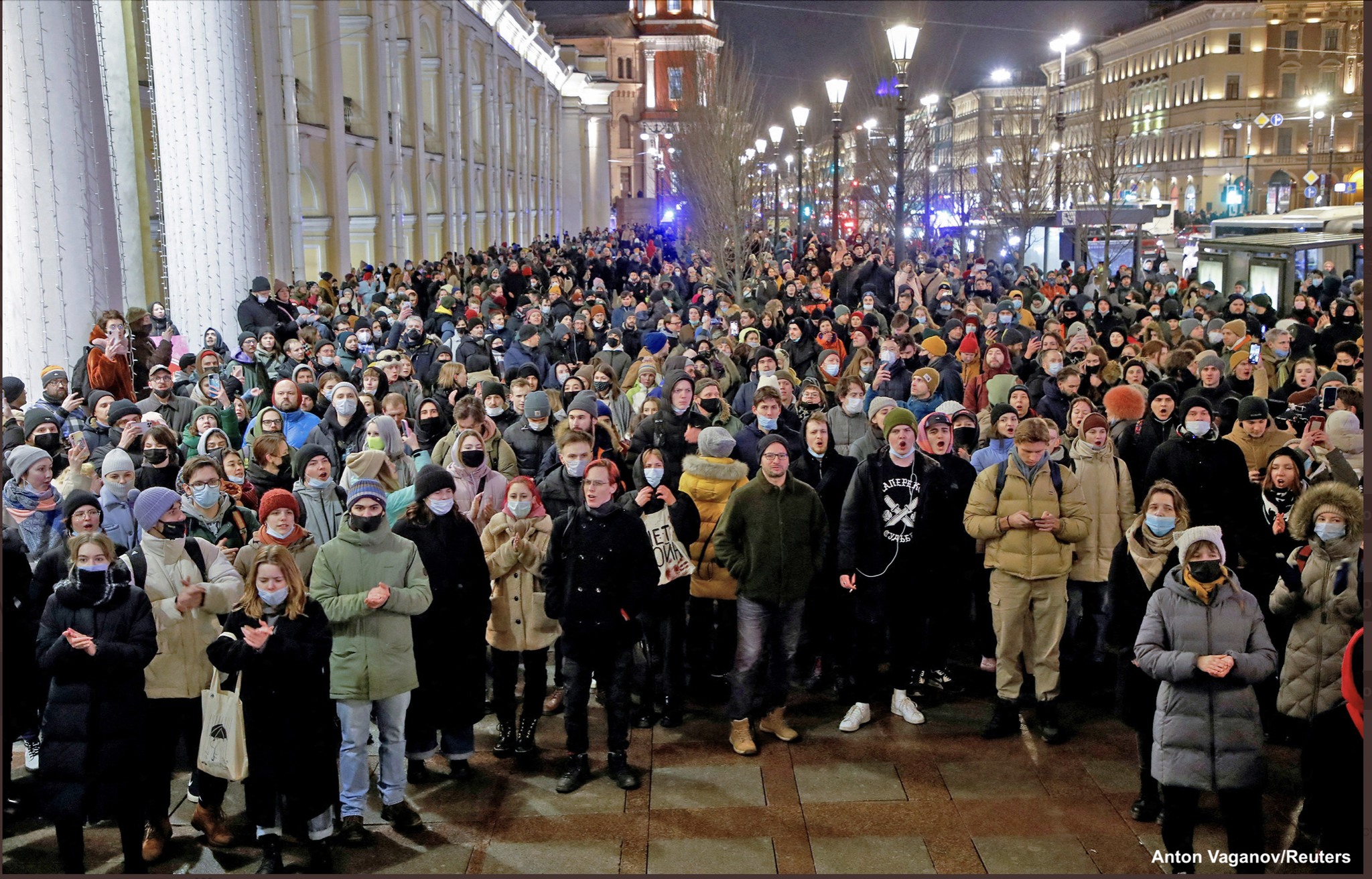 By Oleg Bodrov, Chairman of the South Coast of the Gulf of Finland Interregional Environmental Movement of the Leningrad Region and St. Petersburg, http://www.decommission.ru, February 25, 2022

This petition (Russian-English Google translation see below) was prepared a day ago by a well-known Russian scientist, human rights activist Lev Ponomarev

According to Alexandr Kupnyi from the city of Slavutych (Ukraine) which was built after the Chernobyl disaster for the personnel of this nuclear power plant, this nuclear facility is surrounded by tanks, which, apparently, arrived through the radioactively contaminated territory from Belarus. The operating personnel of the Chernobyl nuclear power plant, who are supposed to replace their colleagues, were not allowed to work. The electric train with personnel from Slavutych, according to a resident of this city, was not allowed to pass through the territory of Belarus.

The petition of Lew Ponomarev:

On February 22, the Russian armed forces crossed the border and entered the territory of the eastern regions of Ukraine.

On February 24, the first attacks on Ukrainian cities were delivered at night.

All sorts of people in Russia spoke publicly about the categorical rejection of the war, about its fatality for the country. From the intelligentsia to retired colonel generals and experts of the Valdai Forum.

The same emotion sounded in different voices – horror at the very thought of the possibility of a new round of war between Russia and Ukraine. The horror caused by the realization that this could actually happen.

And so it happened. Putin ordered the start of a military operation against Ukraine, despite the terrible price that both Ukraine and Russia will undoubtedly pay for this war, despite all the voices of reason that sounded in Russia and beyond.

Official Russian rhetoric claims that this is done in “self-defense.” But history cannot be deceived. The burning of the Reichstag was exposed, and today exposures are not required – everything is obvious from the very beginning.

We, the supporters of peace, acting in the name of saving the lives of the citizens of Russia and Ukraine, in order to stop the war that has begun and prevent it from developing into a war on a planetary scale:

– we announce the beginning of the formation of the anti-war movement in Russia, and the support of any peaceful forms of anti-war protest;

– we demand an immediate ceasefire by the Russian Armed Forces, and their immediate withdrawal from the territory of the sovereign state of Ukraine;

– we consider as war criminals all those who made the decision to start hostilities in the east of Ukraine, sanctioned aggressive and war-justifying propaganda in the Russian media dependent on the authorities. We will seek to hold them accountable for their deeds. May they be damned!

We appeal to all sane people in Russia, on whose actions and words something depends. Become part of the anti-war movement, oppose the war. Do this at least in order to show the whole world that in Russia there were, are and will be people who will not accept the meanness perpetrated by the authorities, who have turned the very state and peoples of Russia into an instrument of their crimes.”