Russia, Israel and the Media 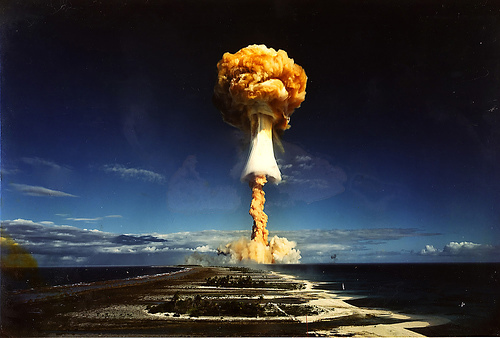 The world is, very reasonably, horrified at what is happening in Ukraine. Russia is apparently committing war crimes and crimes against humanity as it bombs residences, hospitals and any other sites its warplanes encounter.

The headlines are jarring:

These are just a few examples.

Let us look now at some other headlines:

Is it just this writer, or does it appear that ‘airstrikes’ seems a lot more benign that ‘bombs’? Why not say ‘Israel Bombs Gaza’ rather than sugar-coating the deadly bombing of innocent men, women and children? Would anyone find it acceptable to say that ‘Russian Airstrikes hit Ukraine Steel Plant after Resistance’?

We live in a world in which the masses are told who and what to concern themselves with and, generally speaking, that is white people. Some examples are illustrative:

Apparently, bombs are dropped on white, Christian Europeans, but ‘airstrikes’ are launched on Middle-Eastern Muslims.

One of the items referenced above, from iNews, discusses the bombing of the Azovstal steelworks plant in Mariupol, where, according to the article, thousands of Ukrainian civilians have been sheltering. This has, rightly, caused international outrage. In 2014, The BBC reported on the Israeli bombing of a clearly-marked United Nations refugee center. “The attack on the school in the Jabaliya refugee camp, which was sheltering more than 3,000 civilians, took place on Wednesday morning (July 29, 2014).”[7] Where was the international outcry then?

In March of 2019, the United Nations condemned the attack on a refugee camp in Gaza that killed at least seven people, including a 4-year-old girl. [8] Again, why did the world ignored this?

In May of 2021, ten members of a single family, including two women and eight children, were killed by an Israeli bomb – oh! Excuse me! An Israeli ‘airstrike’ – in a refugee camp in Gaza. One must suppose that, since they don’t watch Netflix and drive ‘cars that look like ours’, one need not care about them. And it’s unlikely that any of them had the blue eyes and blond hair that is so admired by the former Ukrainian deputy prosecutor.

The United States government has publicly called for an investigation by the International Criminal Court (ICC) into possible war crimes committed by Russia against the Ukrainian people (a bit ironic, considering the U.S. has refused to sign the Rome Statute that established the ICC, not wanting the U.S. to be investigated for its many war crimes). Yet the U.S. government has also condemned the ICC investigation of possible war crimes committed by Israel against the people of Palestine. Note, please, that the U.S. and Israel are not opposing the charges against Israel, only the investigation of those charges.

It is no secret that racism is alive and well and thriving in the United States. It is also not surprising that it rears its ugly head internationally, as demonstrated most explicitly by the quotations mentioned above.

Another concept that isn’t surprising is U.S. hypocrisy; this writer, along with many others, has commented on it many times before. Note that when the U.S.’s ‘enemy’ (Russia) commits war crimes against a mainly white, mainly Christian, European country, the U.S. will support that victim-nation with arms and money, and will endorse the ICC investigation fully. But when a U.S. ‘ally’ (Israel) commits war crimes against a mainly Muslim, Middle Eastern country, well, that’s a different story altogether. Doesn’t sacred Israel have the right to defend itself, U.S. officials will ask, disingenuously. As Palestinian activist Hanan Ashrawi has said, “the Palestinians are the only people on earth required to guarantee the security of the occupier, while Israel is the only country that demands protection from its victims.” It is illogical for a perpetrator to ‘defend’ itself against its victim. It is like criticizing a woman who tries to fight off her rapist.

So the world will continue to hear about atrocities in Ukraine, as it should. At the same time, the news media in general will ignore or sugar-coat the same atrocities that Israel commits against the people of Palestine.

The people of the world have two responsibilities in this context:

1) Do not fall for it. Do not assume that because one victimized peoples don’t ‘look like any European family that you would live next door to’, that they are somehow less important, or that their suffering can be overlooked. They suffer, grieve, bleed, feel fright and terror, love and anguish, just the way we all do.

2) Demand better. Write letters to the editors of newspapers, magazines and journals, and to elected officials. Ask them why they focus on one suffering population, and not the others. Read independent journals that actually report the news, the circumstances that are happening around the world, without picking and choosing what they will report based on race and/or ethnicity.

It has been said if the people only realized the power they have, there would be major, positive change in the world. Seize your power; write, vote, march, demonstrate, protest, boycott, etc. to demand the changes that must occur. It is the responsibility of each and every one of us.

Robert Fantina’s latest book is Propaganda, Lies and False Flags: How the U.S. Justifies its Wars.