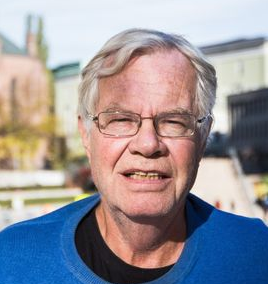 The United States is increasingly using the northern areas of Norway and the surrounding sea areas as a “marching area” towards Russia. Recently, we have seen a significant escalation of US / NATO activities in the High North. These are not unexpectedly followed up with answers from the Russian side. Today there is more close contact in the High North than during the previous Cold War. And the Norwegian authorities are running with plans for more activities, despite growing protests.

The Tromsø municipal council decided as early as March 2019 to say no to the United States nyclear-powered submarines at quay areas. In connection with that, there have also been local demonstrations with participation from trade unions.

Norway adopted a so-called “declaration of call” in 1975: “Our precondition for the arrival of foreign warships has been and is that nuclear weapons are not carried on board.” There will be no certainty whether nuclear weapons will be on board US warships at Norwegian ports.

The civil society of Tromsø, with more than 76,000 inhabitants, Northern Norway’s largest city, is facing a very serious situation. After long-term planning to use the port area for crew change, supply service, maintenance, for US nuclear submarines, there are no contingency plans, no fire preparedness, no refuge for nuclear pollution / radioactivity, health preparedness, no capacity for health care in the event of nuclear pollution / radioactivity, etc. The local municipalities react to that the Ministry of Defense has not investigated emergency preparedness conditions in the affected local communities.

Now the debate has intensified

Local politicians and activists have pointed out that the Ministry of Defense has “bluffed” when they have referred to various contractual matters and been unclear when it comes to contingency plans. This has led to a debate in the media in northern Norway and a debate on Norway’s largest national radio channel. Following the radio debate, the Norwegian Minister of Defense stated on 6 October that:

This is obviously an attempt to pressure and overrule local authorities.

In Norway, protests against more militarization in the northern areas are increasing. The militarization increases the tensions, and also increases the danger that Norway will become a war scene. Several point out that previously good connections between Norway and our neighbor to the east are now “cooled down”. In a way, Norway has previously, to a certain degree, balanced a tension between the United States and our neighbor in the High North. This “balance” is now gradually being replaced by more emphasis on so-called deterrence – with more and more provocative military activities. A dangerous war game!

Geir Hem is Chairman of the Board of the organization “Stop NATO” Norway.