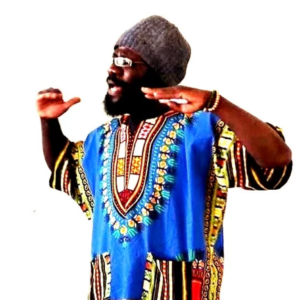 Sometimes memories smell like a dictator’s fart
We once jived to our own shadows under the silver moon and our shadows danced along with us, we rhymed to the nightmares of hyenas and hallucinations of black owls. Our desires sailed along with gowns of fog back and forth at village dawns. Wood smoke smelt like fresh baked bread. Time bewitched us, we ate William Shakespeare and John Donne. We drank lemon jugs of Langston Hughes and Maya Angelou.
Soyinka’s lyrical whisky wrecked our tender nerves.
We bedded politics with boyish demeanor and dreamt of the black cockerels and black Hitler’s
Sometimes time is stubborn like a sitting tyrant
Last night, commissars chanted a slogan and you baked a dictator’s poetry sanguage. Zealots sang Castro and Stalin and you brewed a socialist crank, the president is a stinking capitalist. I never said he is Satanist. Back to village nights, hyenas are laughing still, black owls gossiping, silver moon dancing still over rain beaten paths of our country dawns.

Sometimes time stinks like a dictator’s fart
Your lyrical satire sneaked imbeciles through back doors. Your praise sonnets recycled suicidal devils and polished revolutionary rejects
Back then, smells of fresh dung and scent of fresh udder milk were our morning brew and under the twilight the moon once disappeared into the earthly womb, Judas, the sun then took over and every dictator is an Iscariot.
I never said we are now vagabonds

Our poverty marinated , yellow maize teeth grinned to sudden glows of lightening, the earth gyrated under the grip of thunder, then Gods wept and we drank teardrops with a song mvura ngainaye tidye makavu , mvura ngainaye tidye makavu .. Pumpkins bred like rabbits, veldts strutted in Christmas gowns. Wild bees and green bombers sang protest and praise. I never said we are children of drought relief.