Congratulations! We look forward to your leadership in making the entire world a zone free of nuclear weapons!​

On Valentine’s Day, February 14, 2017, Foreign Ministers and high representatives of the 33 countries in Latin America and the Caribbean met in Mexico City to commemorate the 50th anniversary of the Treaty of Tlatelolco. This historic treaty, signed in Mexico City, established the first nuclear weapon free zone in a populated region. Mexico City is also the seat of the Organization for the Prohibition of Nuclear Weapons in Latin American and the Caribbean (OPANAL), which oversees implementation of the treaty. OPANAL is the only regional body in the world devoted entirely to the achievement of nuclear disarmament and the non-proliferation of nuclear weapons.

Jackie Cabasso, executive direction of the Western States Legal Foundation and national co-convener of United for Peace and Justice, hand-delivered a message to the participants in the conference, “Congratulations on the 50th Anniversary of the Treaty of Tlatelolco, Nuclear Free Zone. May it spread to the whole earth,” on behalf of 7,440 signers of an online petition.

Ms. Cabasso presented copies of the congratulatory message to Ambassador Luiz Filipe de Macedo Soares, Secretary-General of OPANAL, and Susana Malcorra, the Foreign Minister of Argentina and newly-elected Vice President of the General Conference of OPANAL, who referred to it in her remarks to the conference. She also handed copies to representatives of Chile, Jamaica and Uruguay, as well as the media. The petition will be posted on the OPANAL website along with the proceedings of the 50th anniversary General Conference.

As the online petition page explained, the Treaty of Tlatelolco, which predated the Nuclear Non-Proliferation Treaty, pointed the way toward the achievement of a world free of nuclear weapons. In the meantime it has immeasurably increased the security of the countries in the zone, their neighbors, the United States and Canada, and the world, by erecting a strong barrier to the spread of nuclear weapons.

The petition was initiated by Lawyers Committee on Nuclear Policy and World Beyond War. 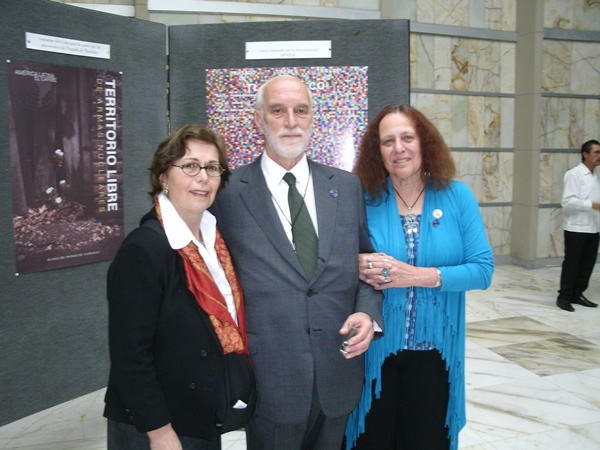 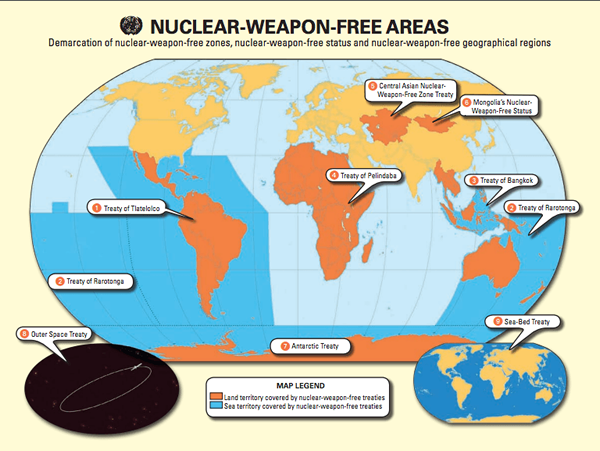