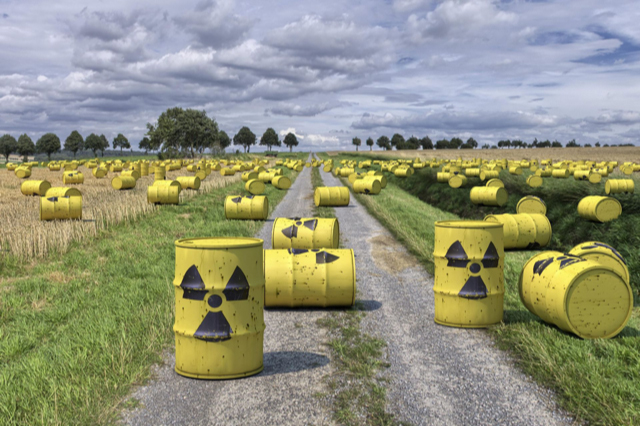 Why uranium mining, nuclear energy, and atomic bombs are all steps in the path to destruction

By Cymry Gomery, Coordinator of Montréal for a World BEYOND War, Pressenza, November 27, 2022

This op-ed was inspired by a presentation by Dr. Gordon Edwards of the Canadian Coalition for Nuclear Responsibility on November 16, 2022.

The Russia-Ukraine conflict has many worried that we are on the brink of nuclear war. Putin has put Russia’s nukes on high alert and President Biden grimly warned last month of the risk of nuclear “armageddon”. New York City shocked the world with its PSA on how to survive a nuclear attack, while the Doomsday Clock is just 100 seconds to midnight.

However, nuclear bombs are just the last in a series of related products and activities—uranium mining, nuclear energy, and nuclear bombs—whose production is rooted in the fact that human moral understanding of the world lags far behind our technical skills. They are all progress traps.

What is a progress trap?

The notion of progress is generally perceived in a positive light in Western society. If we can find an innovative way to do something more quickly, with less effort, we feel pleased. However, this perception was called into question by Ronald Wright in his 2004 book A Short History of Progress. Wright defines a progress trap as ”a chain of successes which, upon reaching a certain scale, leads to disaster. The dangers are seldom seen before it’s too late. The jaws of a trap open slowly and invitingly, then snap closed fast.”

Wright mentions hunting as an early example, because as humans developed tools that were more efficient at killing ever more animals, they eventually exhausted their food supply and starved. With industrialization, hunting gave way to factory farms, which seems very different, but in fact was just another version of a progress trap. Not only do factory farms cause immense suffering to animals, they are hurt humans too: People in developed countries consume too many calories, of food of questionable suitability to humans, and often die of cancers and obesity-related diseases.

Uranium, a heavy metal that was discovered in 1789, was initially used as a colorant for glass and pottery. However, eventually humans discovered that uranium can be used to effect nuclear fission, and since 1939 that miraculous property has been harnessed to produce nuclear energy for civilian purposes, and to make bombs for the military. That is the “successful” aspect of Wright’s definition (if you are okay with considering both keeping people warm and killing them as desirable outcomes).

Canada is the world’s single largest supplier of uranium, and most of the mines are in the North where Inuit communities—typically the most disadvantaged and least politically influential demographic in Canada—are exposed to uranium dust, tailings, and other hazards. 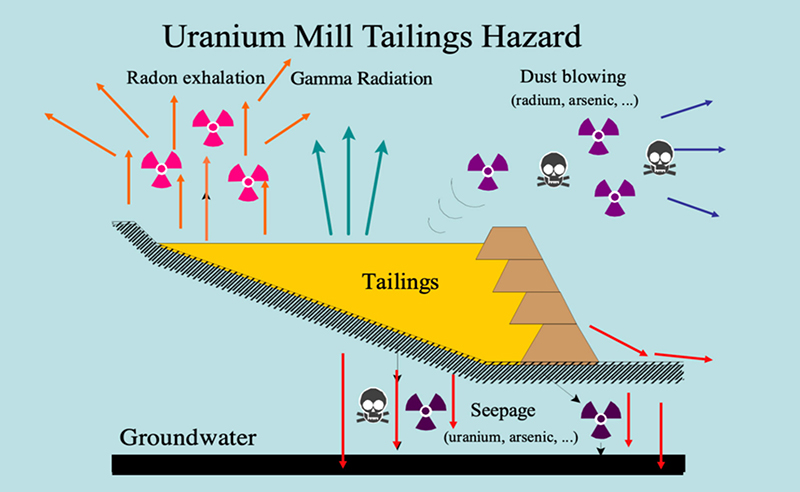 The hazards of uranium tailings, from Dr. Gordon Edwards presentation

Uranium mining creates radioactive dust that workers can inhale or accidentally ingest, leading to lung cancer and bone cancer. Over time, workers or people living near a uranium mine can be exposed to high concentrations, which can damage their internal organs, notably the kidneys. Animal studies suggest that uranium affects reproduction, the developing fetus, and increases the risk of leukemia and soft tissue cancers.

This is alarming enough; however the progress trap comes into play when one considers the half-life of uranium, the period during which it decays and emits gamma radiation (electromagnetic radiation which we also know as X-rays). Uranium-238, the most common form, has a half-life of 4.46 billion years.

In other words, once uranium is brought to the surface through mining, a Pandora’s box of radiation is unleashed on the world, radiation that can cause lethal cancers and other illnesses, for billions of years. That’s a progress trap right there. But that’s not the whole story. This uranium is not finished its destructive mission. It can now be used to make nuclear energy and nuclear bombs.

Nuclear energy has been touted as a clean energy because it does not produce greenhouse gasses (GHG). However, it is far from clean. In 2003, a study produced by nuclear advocates at the Massachusetts Institute of Technology identified costs, safety, proliferation, and waste as the four “unresolved problems” with nuclear power.

Radioactive waste is generated during the normal operation of uranium mills, fuel fabrication facilities, reactors, and other nuclear facilities; including during decommissioning activities. It also may be produced as a result of nuclear accidents.

The Canadian government would have us believe that radioactive waste can be ”managed” through various policies and procedures, but it was this hubris and delusional thinking that brought us to the point where we have radioactive waste. And then there is the economic aspect—nuclear energy being phenomenally expensive to produce–and the environmental impacts. Gordon Edwards writes,

”Investing in nuclear locks up capital for decades without providing any benefits at all until the reactors are finished and ready to go. That represents decades of delay in which GHG emissions are increasing unabated. During this time the climate crisis is getting worse. Even when the capital is eventually paid back, much of it has to be earmarked for the expensive job of dealing with the radioactive waste and the robotic dismantling of the radioactive structures. It is a technical and economic quagmire. Not only financial capital, but also political capital is essentially co-opted into the nuclear channel rather than what should be the first priority — reducing greenhouse gases quickly and permanently.”

To make matters worse, many nuclear power projects have been abandoned over the years, as shown in this map of the U.S.

So nuclear energy is also a progress trap. Anyway, there are other means of producing energy—wind, sun, hydro, geothermal–which are less costly. However, even if nuclear energy were the cheapest energy, it would still be off the table to any project manager worth her salt, because it is highly polluting, entails the risk of nuclear disasters such as have already happened at Fukushima and Chernobyl, and because persistent nuclear waste poisons and kills humans and animals.

Also, nuclear waste produces plutonium, which is used to make nuclear bombs—the next step in the “progress” continuum.

Yes, it has come to this. Humans are capable of wiping out all life on Earth with the push of a button. Western civilization’s obsession with winning and hegemony has led to a situation where we have mastered death but failed at life. This is the penultimate example of human technological intelligence outpacing human emotional and spiritual evolution.

An accidental missile launch could lead to the greatest global public health disaster in recorded history. A war using fewer than half the nuclear weapons of India and Pakistan alone would lift enough black soot and soil into the air to cause a nuclear winter. In his book Command and Control, author Eric Schlosser documents how nuclear weapons provide what he calls an “illusion of safety,” while, in fact, posing real danger due to the threat of accidental detonation. Schlosser documents how hundreds of incidents involving nuclear weapons have nearly destroyed our world through accident, confusion, or misunderstanding.

One way out of the mutually assured destruction (so tellingly rendered as MAD) trap we have created is the Treaty for the Prohibition of Nuclear Weapons (TPNW), which entered into force in 2021, and has been signed by 91 nations and ratified by 68. However, the nuclear armed nations have not signed, nor have NATO member countries like Canada.

When it comes to nuclear arms, there are two paths ahead for humanity. On one path, countries will, one-by-one, join the TPNW, and nuclear weapons will be dismantled. On the other, one or more of the 13,080 warheads in the world will be deployed, causing enormous suffering and death and plunging the world into nuclear winter.

There are some who say that we have the choice to be optimists, not fatalists, but that is actually a false dichotomy because optimism and fatalism are two sides of the same coin. Those who believe all is well, and we are better off than we have ever been, à la Steven Pinker, conclude that no action is required. Those who believe that all is hopeless come to the same conclusion.