Nonviolence: The Foundation of Peace

(This is section 16 of the World Beyond War white paper A Global Security System: An Alternative to War. Continue to preceding | following section.)

As these were developing, Gandhi and then King and others developed a powerful means of resisting violence, the method of nonviolence, now tested and found successful in many conflicts in different cultures around the world.Nonviolent struggle changes the power relationship between oppressed and oppressor. It reverses seemingly unequal relationships, as for example in the case of the “mere” shipyard workers and the Red Army in Poland in the 1980s (the Solidarity Movement led by Lech Walesa ended the repressive regime—Walesa ended up as president of a free and democratic Poland), and in many other cases. Nonviolence reveals the true power relationship, which is that all governments rest on the consent of the governed and that consent can always be withdrawn. As we shall see, it changes the social psychology of the conflict situation and thus erodes the will of the oppressor to continue injustice and exploitation. It renders oppressive governments helpless and makes the people ungovernable.There are many modern instances of the successful use of nonviolence. Gene Sharp writes: “A vast history exists of people who, refusing to be convinced that the apparent ‘powers that be’ were omnipotent, defied and resisted powerful rulers, foreign conquerors, domestic tyrants, oppressive systems, internal usurpers and economic masters. Contrary to usual perceptions, these means of struggle by protest, noncooperation and disruptive intervention have played major historical roles in all parts of the world. . . .”note5

Erica Chenoweth and Maria Stephan have demonstrated statistically that from 1900 to 2006, nonviolent resistance was twice as successful as armed resistance and resulted in more stable democracies with less chance of reverting to civil and international violence. In short, nonviolence works better than war.note6 Chenoweth was named one of the 100 Top Global Thinkers by Foreign Policy in 2013 “for proving Gandhi right”.

Nonviolence is a practical alternative. Nonviolent resistance, coupled with strengthened institutions of peace, now allows us to escape from the iron cage of warfare into which we trapped ourselves six thousand years ago.

Other cultural developments also contributed to the growing movement toward a peace system including the powerful movement for women’s rights including educating girls, and the appearance of tens of thousands of citizen groups dedicated to working for international peace, disarmament, strengthening international peacemaking, and peacekeeping institutions. These NGOs are driving this evolution toward peace. Here we can mention only a few such as The Fellowship of Reconciliation, Women’s International League for Peace and Freedom, the American Friends Service Committee, the United Nations Association, Veterans for Peace, the International Campaign to Abolish Nuclear Weapons, the Hague Appeal for Peace, the Peace and Justice Studies Association and many, many others easily found by an internet search. 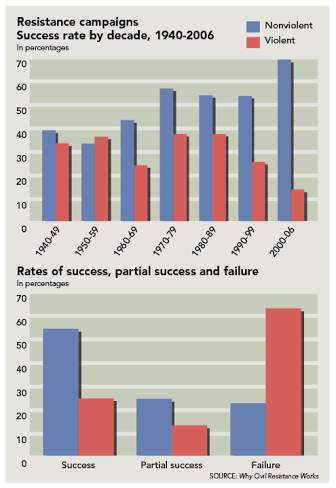 Both governmental and non-governmental organizations began peacekeeping intervention including the UN’s Blue Helmets and several citizen-based, nonviolent versions such as the Nonviolent Peaceforce and Peace Brigades International. Churches began to develop peace and justice commissions. At the same time there was a rapid spread of research into what makes for peace, and a rapid spread of peace education at all levels. Other developments include the spread of peace-oriented religions, the development of the world-wide web, the impossibility of global empires (too costly), the end of de-facto sovereignty, the growing acceptance of conscientious objection to war, new techniques of conflict resolution, peace journalism, the development of the global conference movement, the environmental movement (including the efforts to end reliance on oil and oil-related wars), and the development of a sense of planetary loyalty.note7 These are only a few of the significant trends that indicate a self-organizing, Alternative Global Security System is well on the way to development. 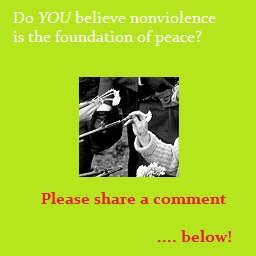