Neither Dante Nor Caesar Will Save Us 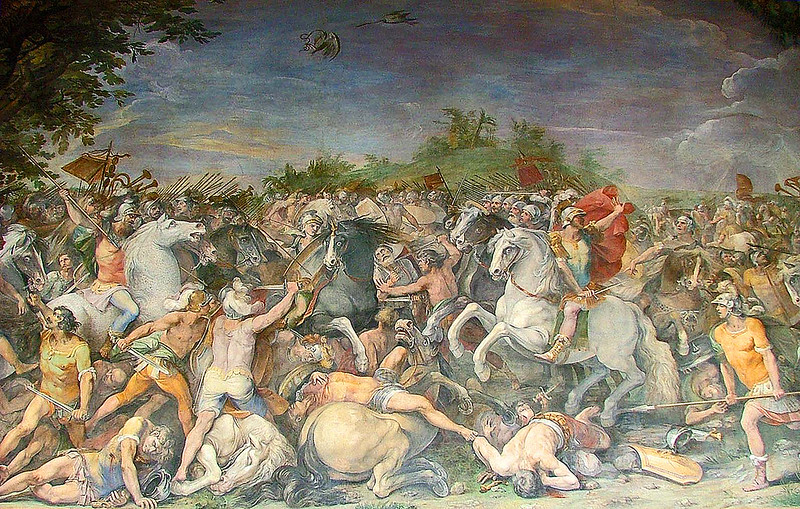 Dante wrote bizarre and powerful poetry about Hell and Heaven that united Italians around a non-Latin language and the Western world around various images and misquotations regarding who’s destined for which circle.

He also wrote a book in Latin defending and praising monarchy, which was recently praised as useful in 2022 for creating a benevolent world government federation and worldwide peace. The trouble is that this is complete and utter bollocks. One can find bits where Dante suggests that conquered territories require unique local laws, and so forth, but nowhere that even hints at respect for self-determination or democracy. It’s a book praising monarchy, and in particular the Roman Empire, and proving its points with the authority of fairytales and poems by Virgil.

The most interesting thing about the whole book on monarchy is the question it raises as to whether Dante thought his own fantastical poetry was nonfiction, or that just Virgil’s was. The book is also interesting as an historical artifact, but as a plan for action in the 21st century it’s utter nonsense and doesn’t even contain a plan for action in the 14th century other than to go forth and fight.

There’s no great effort required to read 700-year-old musings as nonsense. The problem is how many people actually do still think in similar ways even as the world contains nuclear weapons.

Dante does start out by naming peace as the greatest good. But those of us who already think that, think it because of the horrors of war: death, injury, trauma, homelessness, environmental destruction, hatred, division, and the diversion of resources away from urgent needs. Dante’s addition of some selected scriptural quotations isn’t going to strengthen our beliefs or persuade anyone to join us.

Dante — in a move worthy of a job offer from Stanford University — declares the greatest tool for peace to be “temporal monarchy / empire.” He then proves through syllogisms that would be laughed out of a decent second-grade classroom, that a good government must be a monarchy — essentially because it’s possible to quote some crap that Aristotle and Homer said about families and draw an analogy. Only a hyper-wealthy dictator with total power can selflessly govern, Dante assures us, just as Trump supporters promised that only a pseudo-billionaire conman could care about you because everyone else is corruptible.

Dante’s model is not Trump of course; it’s Augustus (under whose rule, “a perfect monarchy existed. That mankind was then happy in the calm of universal peace is attested by all historians”). I suppose the enslaved and tortured and wounded and starved may have voiced a few negligible complaints, of course, but not one protest was ever heard from any of the dead.

Dante opens Book II of his treatise by recounting how he used to sympathize with peoples wanting self-determination, but he had a chat inside his own head with an imaginary friend and came to understand that such people should shut up and obey, as that would establish true and holy peace.

As if that were not proof enough of the need to re-establish the Roman Empire, Dante adds proof by racism: “[I]t is appropriate that the noblest race should rule over all the others.” But how do we know that the Romans were the noblest? Why, because they were ruling over all the others, Dante helpfully explains. He never explains how or whether they ceased to be the noblest, or how one can tell which race will be the noblest in the future, or why you should bother helping some race conquer others since it will do so automatically if it is the noblest and won’t if it isn’t.

Also, for readers who are slow to catch on, Dante later returns to the argument-from-racism to explain that God has condemned certain peoples to be ruled, which we know because Aristotle said so, even though God never bothered to make Himself known to Aristotle.

As if THAT were not convincing enough, Dante adds the argumentum-from-because-Virgil-said-so.

And just to pile on the unnecessary proofs, Dante also explains that Rome had the help in its rise to dominance of various miracles, including geese honking, which we all know that geese never do normally but only when they are granting divine sanction to imperial slaughter.

Well, not slaughter, exactly, because Rome only had good wars, a fact we know because, as Dante reminds us, Cicero said so. Also, we know that Cicero quoted Ennius who in nine short lines claimed that war must be a last resort and that negotiations must be rejected in favor of wars because it is only through the trial-by-ordeal of wars that we can find out the will of God, which happens to be that whoever wins a war should rule whoever doesn’t. Dante assures us that Rome did just this, nobly and piously choosing wars, which proves that it was right for Rome to rule (right made by might and insistence on using might).

Dante passes swiftly over Rome’s relations toward Christians, but open-mindedly translates “Hera” in the lines from Ennius as “divine providence” meaning both the will of God and that it was the will of God for people to get His name wrong. This is followed, however, by a lengthy explanation of how “God wills what he does not will” which I highly recommend not reading.

On top of which — this is the real clincher — people died in the wars. This super-convincing argument is still used today, of course. Thou must not oppose war because people have died in wars. What makes Dante believe he’s telling us anything new here from centuries gone by is beyond me, but I suppose I can cut him a greater break than his readers since he’s dead.

“It is tedious,” Dante writes, “to offer proofs in matters which are self-evident” — this near the close of a book lacking just about anything either self-evident or non-tedious.