The Necessity of an Alternative System – War fails to bring peace

(This is section 5 of the World Beyond War white paper A Global Security System: An Alternative to War. Continue to preceding | following section.) 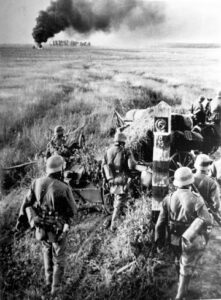 World War I was justified as the “war to end wars,” but war never brings peace. It may bring a temporary truce, a desire for revenge, and a new arms race until the next war.

War is, at first, the hope that one will be better off; next the expectation that the other fellow will be worse off; then the satisfaction that he isn’t any better off; and, finally, the surprise at everyone’s being worse off.” Karl Kraus (Writer)

In conventional terms, the failure rate of war is 50%–that is, one side always loses. But in realistic terms, even the so-called victors take terrible losses.

Wherever war is fought people suffer major destruction of infrastructure and art treasures. Furthermore, in the late twentieth and early twenty-first centuries, wars seem not to end, but to drag on without resolution for years and even decades without peace ever being achieved. Wars do not work. They create a state of perpetual war, or what some analysts are now calling “permawar.” In the last 120 years the world has suffered many wars as the following partial list indicates: 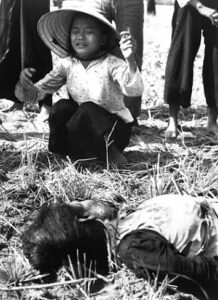 World War One, the Russian Civil War, the Spanish Civil War, World War Two, the Korean War, the Vietnam War, wars in Central America, the Wars of the Yugoslav Devolution, Iran-Iraq War, the Gulf Wars, the Afghan War, the US Iraq war, the Syrian War,

and various others including Japan versus China in 1937, long civil war in Colombia, and wars in the Congo, the Sudan, Ethiopia and Eritrea, the Arab-Israeli wars, Pakistan versus India, etc.

Related posts See other posts related to “Why is an Alternative Global Security System both Desirable and Necessary?”

Notes:
10. Number can vary greatly depending on source. The website Death Tolls for the Major Wars and Atrocities of the Twentieth Century and the Costs of War Project were used to provide data for this table.(return to main article)