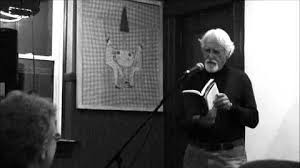 The small woman seated before you describes her encounters

with the military. In advance of the translation you hear the

phrase, “Caravan of death.” She is not talking about a circus, her

husband has not run away to a circus, though one was in town

the day you arrived, the real McCoy. Medieval etchings of the

Dance of Death flicker in a dark recess of your brain. Do you really

want to hear this? Yesterday you were curious, took notes

copiously. Numbers, implements of torture, the General who

travelled the provinces with his exterminators and a Chihuahua

the end of so much. Five months later she too is arrested, kept

threats against the children, pretence her husband is still alive.

telling you. A heated pipe. Rats driven into the vagina through a

heated pipe. When the interview began, the portable radio was

playing “Moon Shadow” by Cat Stevens. A poster on the wall said,

in Spanish: “No one disappears into thin air.”