How to Oppose Both Sides of a War 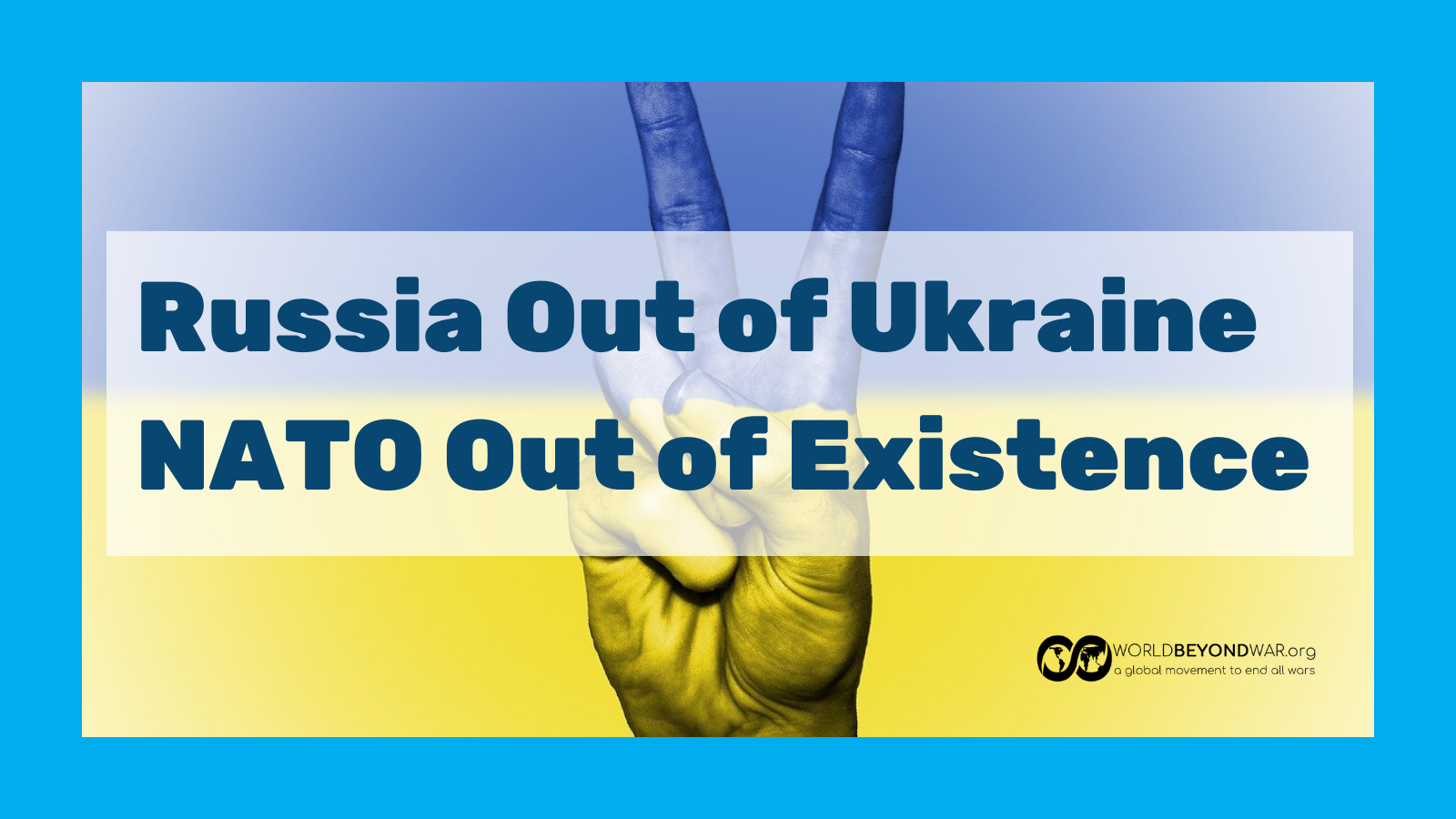 It’s tricky to oppose both sides of a war, and rarer even than supporting both sides. The weapons dealers support both sides.

In obedience to their televisions, people all over the world spend a great deal of time expressing the opinions dished out by those televisions regarding a particular war that is far from the worst war at the moment. It is the war that creates the greatest risk of nuclear apocalypse, but that does not typically enter into the opinions.

You cannot just state that you oppose both sides, because that will quite literally be understood by almost everyone as asserting the unrelated and ridiculous proposition that the two sides are identical, and that will be understood as outrageous propaganda on behalf of whichever side the listener opposes.

You can’t even just favor peace, because that will be taken as a horrible insult to whichever side of a war someone favors — and not simply as an insult but as suspected paid propaganda for the other side.

One thing you can do is set up a webpage to send people to with a collection of resources, but a great many people will never go to it or scroll down any farther than it takes them to mistakenly guess which of the two sides you are on.

You can even set up an entire website making the case that all wars are outrages on all sides and debunking each common myth to the contrary and explaining the available alternatives, but this will generally be understood (even agreed with and sympathized with) as applying to every other war in history, but not to the one currently in mind.

So you actually need to take a deep breath and tell people:

I oppose all of the horrible killing and destruction in Ukraine, fully aware of the imperialistic history of Russia and of the fact that NATO expansion predictably and intentionally led to this war, disgusted that peace activists in Russia are locked up, and sickened that they are so effectively ignored in the U.S. that it’s not needed except for high-profile whistleblowers — and I hold these weird positions while actually not suffering from any particularly extreme ignorance of the history of the Cold War or NATO expansion or the death-grip of U.S. weapons dealers on the U.S. government or the status of the U.S. government as top weapons dealer, top promoter of militarism to other governments, top foreign base builder, top war instigator, top coup facilitator, and yes, thank you, I have heard about the rightwing lunatics in the Ukrainian as well as the Russian governments and militaries, I just haven’t picked one of the two to want killing people or overseeing nuclear weapons or powerplants during battles, and I am indeed sickened by all the slaughtering of people the Russian military is engaged in, even while I can’t fathom why human rights groups should feel ashamed for reporting on the atrocities being committed by the Ukrainian military, and I do know how much the U.S. and UK have done to prevent peaceful resolution as well as how much Russia has, and I am aware that some Russians feel scared and threatened and that Russian-speaking Ukrainians have felt scared and threatened, just as I am aware that other Ukrainians — not to mention Western television viewers — feel scared and threatened; in fact I myself feel quite scared and threatened that the risk of nuclear apocalypse is going to keep climbing while the war continues, and I think that both sides, while radically different, and deserving blame for very different things, should be able to recognize at the very least that a stalemate that drags on and on, killing and destroying, while building the risk of nuclear war, serves nobody other than the weapons dealers, not even the politicians, so that it would be better to negotiate peace now than to do so later or to find it to be too late, that the world has non-optional environmental and disease crises it could be better dealing with in the absence of this insane butchery; and this could be recognized with or without recognizing that the two sides have been able to negotiate, with some outside help, on questions of grain exports and prisoner exchanges, rendering ridiculous the tired claims by both sides that the other side is a monster with whom one shouldn’t and couldn’t negotiate; and with or without recognizing that both sides have engaged in both unspeakable horrors and restraint of various sorts, targeting helpless people for death and suffering both more than is acceptable and less than is possible; and with or without beginning to open any minds to the alternatives that existed for both sides even at the point of greatest escalation, and the nonviolent unarmed defense alternatives that exist for governments and nations around the world should they choose to pursue them on the scale that would make them most effective.

Then take a breath and duck below the table, just in case.