How One WBW Chapter Is Marking Armistice / Remembrance Day 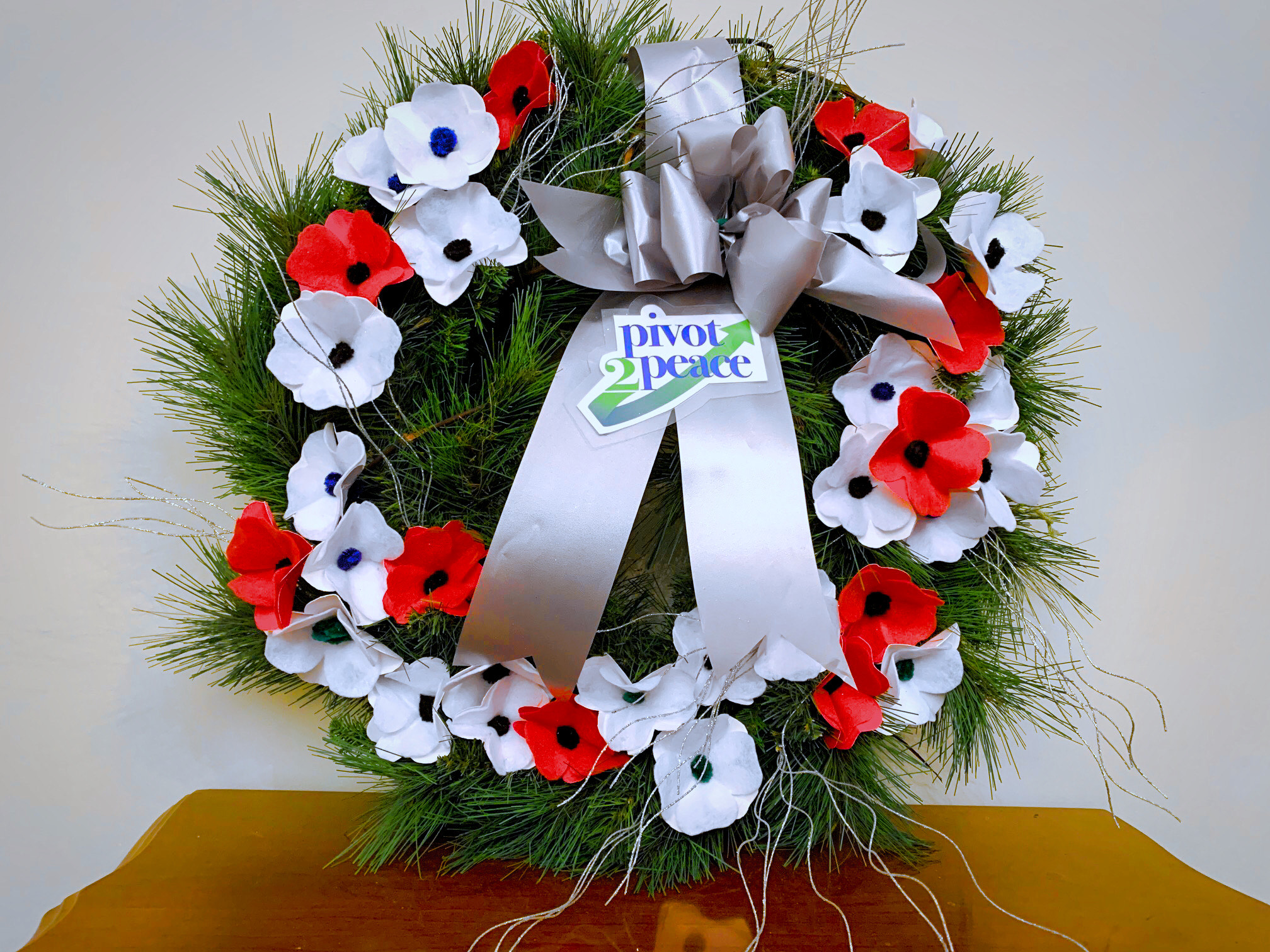 But first, a little history.

Remembrance Day was originally called “Armistice Day” to commemorate the armistice agreement that ended the First World War on the 11th hour of the 11th day of the 11th month, in 1918.  It was originally intended to celebrate the peace agreement, but the meaning shifted from celebrating the peace to remembering the men and women who served, and continue to serve, in the military.  In 1931 the Canadian House of Commons passed a bill that formally changed the name to “Remembrance Day”.

We are all familiar with the red poppy, and we wear it proudly.  It was introduced in 1921 as a symbol of Remembrance Day.  Every year, in the days leading up to Nov 11th, red poppies are sold by the Royal Canadian Legion on behalf of Canadian veterans.  When we wear a red poppy, we honor the more than 2,300,000 Canadians who have served throughout our nation’s history and the more than 118,000 who made the ultimate sacrifice.

We are less familiar with the white poppy. It was first introduced by the Women’s Co-operative Guild, in 1933, and was intended as a symbol of remembrance for all victims of war, a commitment to peace, and a challenge to attempts to glamorize or celebrate war.  When we wear the white poppy, we remember those who have served in our military AND the millions of civilians who have died in war, the millions of children who have been orphaned by war, the millions of refugees who have been displaced from their homes by war, and the toxic environmental damage of war.

Recognizing the significance of both poppies, Pivot2Peace has created a unique wreath, decorated with both red and white poppies.  They will leave the wreath at the Collingwood cenotaph at 2:00pm on November 11th, and take a quiet moment to reaffirm their commitment to peace.  May this red and white wreath symbolize all of our hopes for a safer and more peaceful world.

You can learn more about Pivot2Peace at https://www.pivot2peace.com  and sign the Peace Pledge at https://worldbeyondwar.org/individual/