How Much Does The U.S. Pay For NATO? 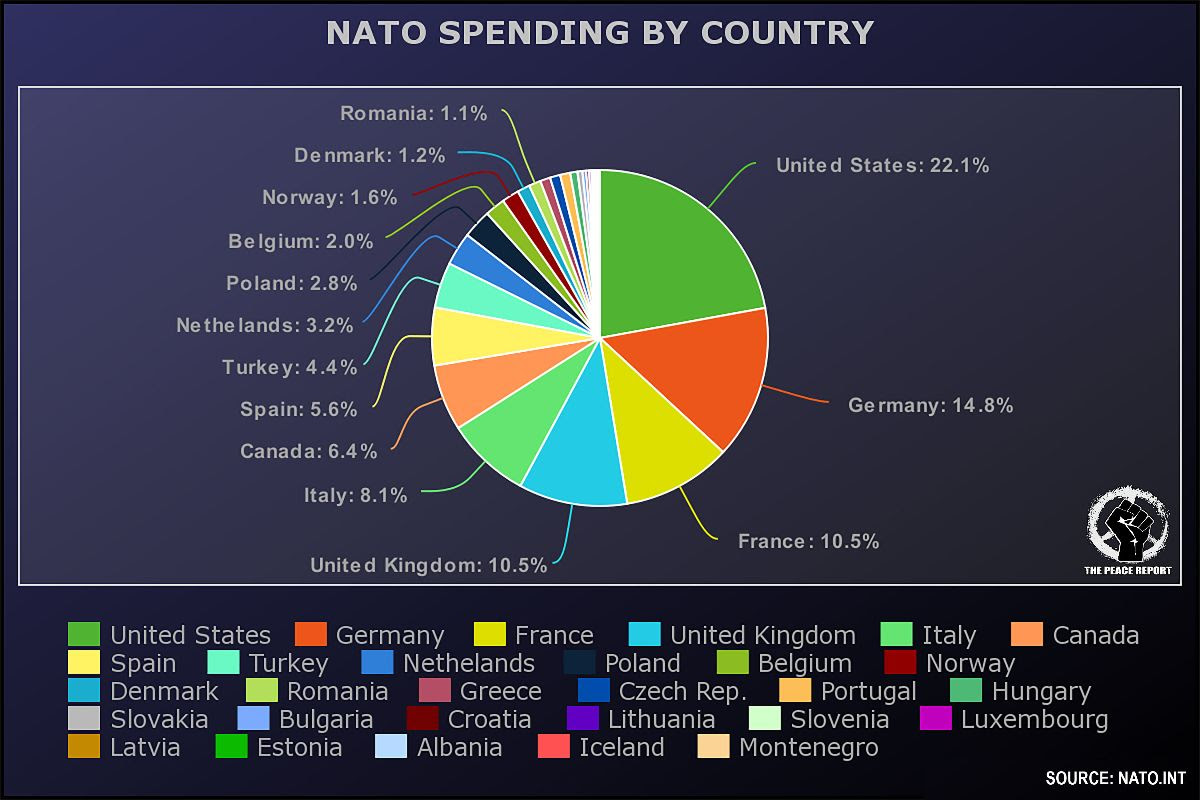 From The Peace Report

There’s been a lot of talk about NATO spending recently, especially by Donald Trump. The New York Times recently published an article saying Trump has discussed pulling the U.S. out of NATO, the North Atlantic Treaty Organization. In July, Trump said at the 2018 NATO Summit that the U.S. is paying “probably 90 percent of the costs of NATO“. But what is NATO and how much is the U.S. actually paying?

NATO was created in 1949 as an intergovernmental military alliance for “mutual defense”. At least that’s what you might have been taught by a university or a high school teacher. Several countries signed onto the treaty to “protect” themselves from enemies states, but who and why?

NATO originally began with 12 states and has since expanded to 29 members in 2019. Its original purpose was to sweep up nations under the U.S. imperialist umbrella to keep them from Soviet influence or, to be more clear, socialist and communist influence. By keeping states under the umbrella of NATO, the U.S. held more control and influence over them, ultimately keeping their position as the leading imperialist state spreading the ideas of free-market ideologies and capitalism around the world.

The Soviet Union collapsed in 1991, so why does NATO still exist? Not just exist, why has it expanded all the way up to Russia’s border? For decades the Western world was told that a huge military establishment was necessary to contain an expansionist world communist movement that spread from Moscow to nearly half of the world. NATO was established to contain the Moscow influence. This was just the story told to justify the massive spending in military buildup and operations. Here’s the real deal.

NATO is a bargain for the United States. The U.S. only pays 22 percent of its cost. Having a huge intergovernmental military establishment under the umbrella of U.S. imperialism helps to keep the U.S. leading the charge around the world.

In addition, NATO is used for interventions around the world. We’ve seen that since 2001 where states within NATO have invaded, unjustly and illegally, countries like Iraq, Afghanistan, Libya, Syria, and more. NATO does not need approval from the United Nations and is systematically used at the will of Washington. Whenever, and this is usually the case, the UN Security Council refuses to approve of an intervention, then NATO is used.

NATO is also a tool to lock Western European countries into the U.S. imperial system. It’s used to gain access to new parts of the world, selling weapons, gaining financial benefits, and capitalizing from more countries.

Since the collapse of the Soviet Union, NATO has expanded into former Soviet territories doing what imperialists do, dominating daily life of the local populations and exploiting them for profit. 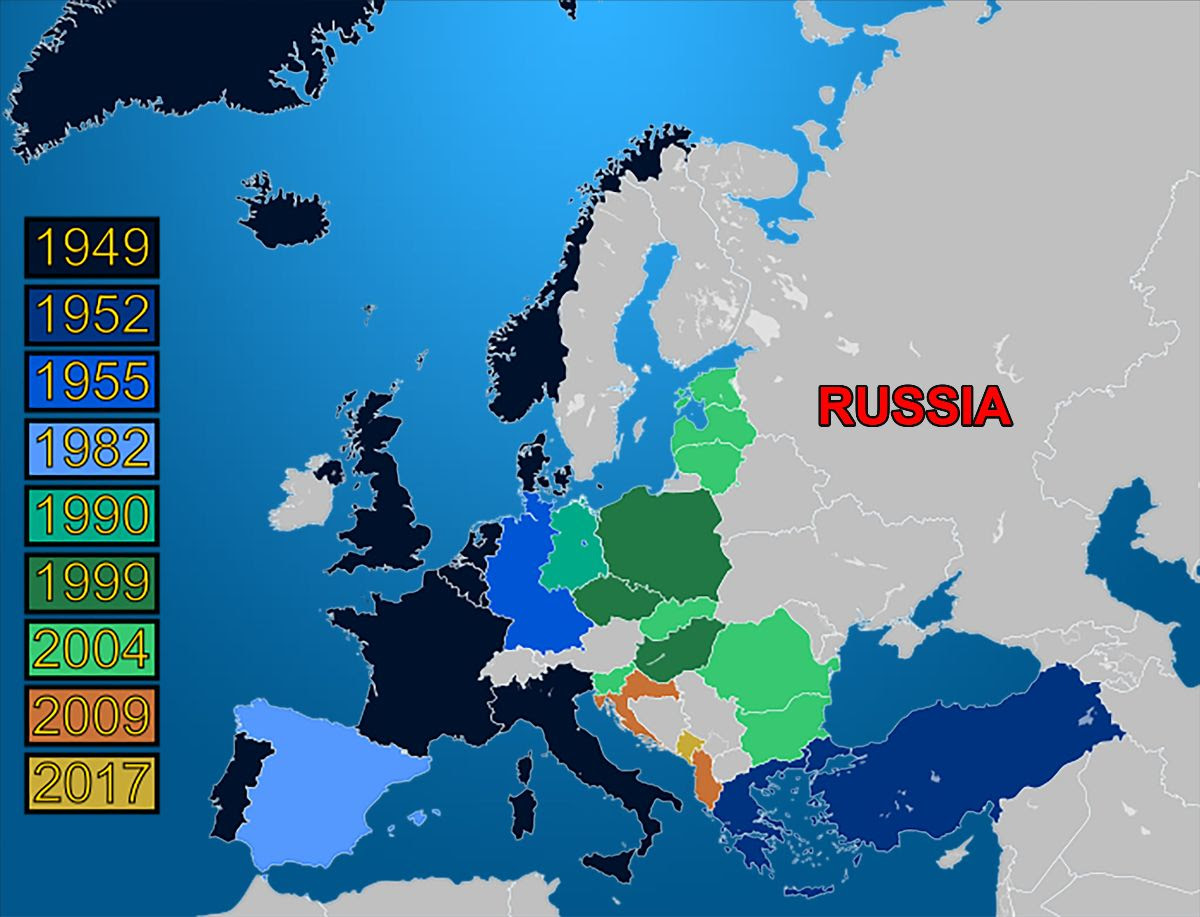 When the Soviet Union collapsed and the western capitalists expanded their markets into Eastern Europe bringing with them the great NATO forces and the free market, good fortunes did not come to the people there. Life got worse, much worse. To explain I think it’s best to use the words of Michael Parenti who reflected upon the overthrow of Communism. Notice he says overthrow and not the fall of Communism, that’s because the Soviet Union and the 2nd world did not collapse but was overthrown by Western imperialist forces. I hope you make time to listen to this entire speech:

“So what has this bought for the many? A dramatic rise in unemployment, drug addiction, air and water pollution, tuberculosis, cholera, polio, prostitution, teenage rape, child abuse, and just about every other social ill. Beggars, pimps, dope pushers, and other hustlers plied their trade as never before. In countries like Russia and Hungary, the suicide rate has climbed 50 percent in just a few years. There’s been a decline in nutritional levels and a sharp deterioration in health. One-third of Russian men now never lived to the age of 60. The death rate has risen nearly 20 percent for East German women in their late 30s and nearly 30 percent for men of the same age. In contrast, where communist governments are still in power, Cuba and North Korea and Vietnam death rates continue to fall according to that communist publication the New York Times. That’s where I got that one. Prominently displayed on 24a , on the lower left hand side. It was the 26th paragraph of a long article.” 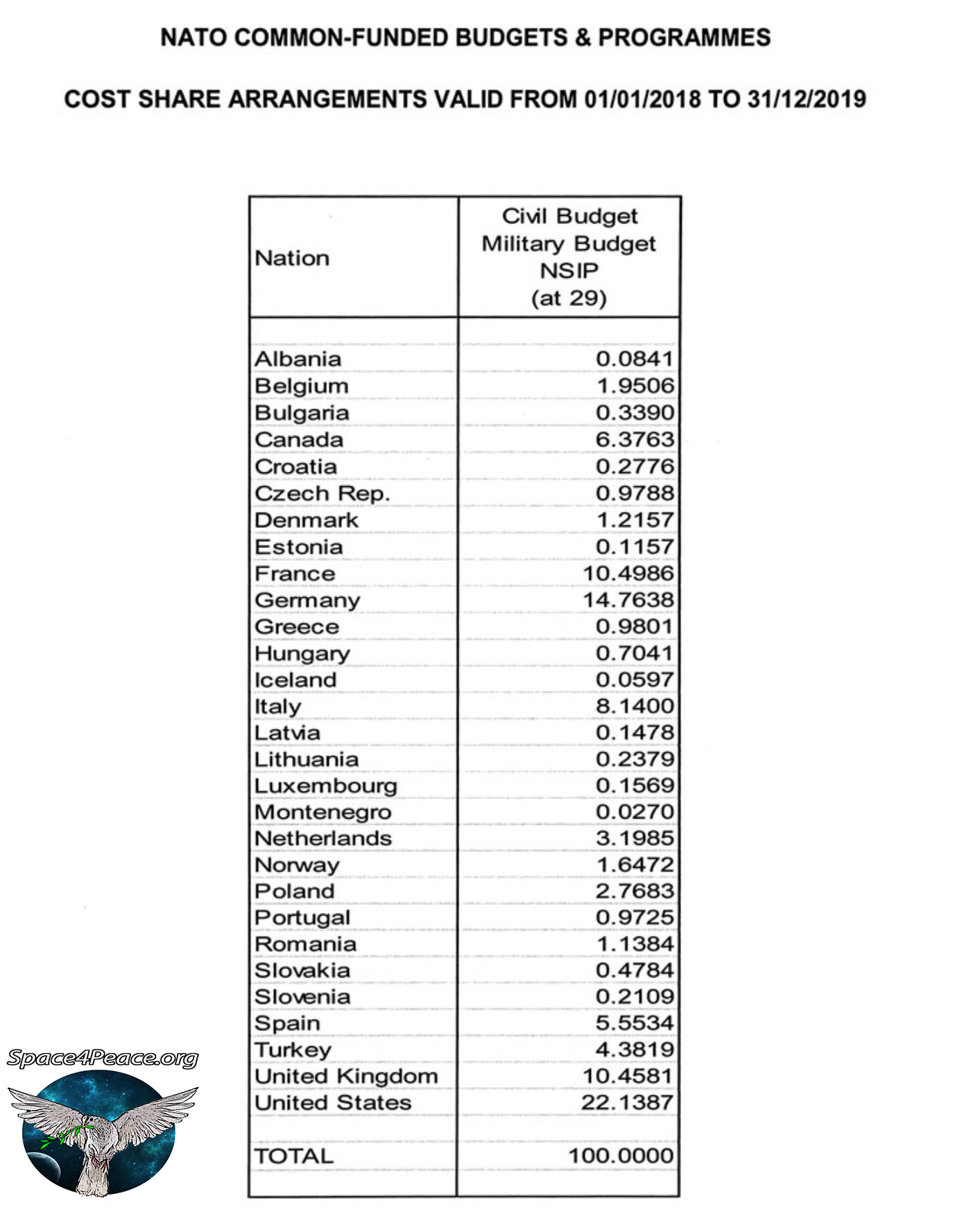 No to NATO — Yes to Peace FESTIVAL.