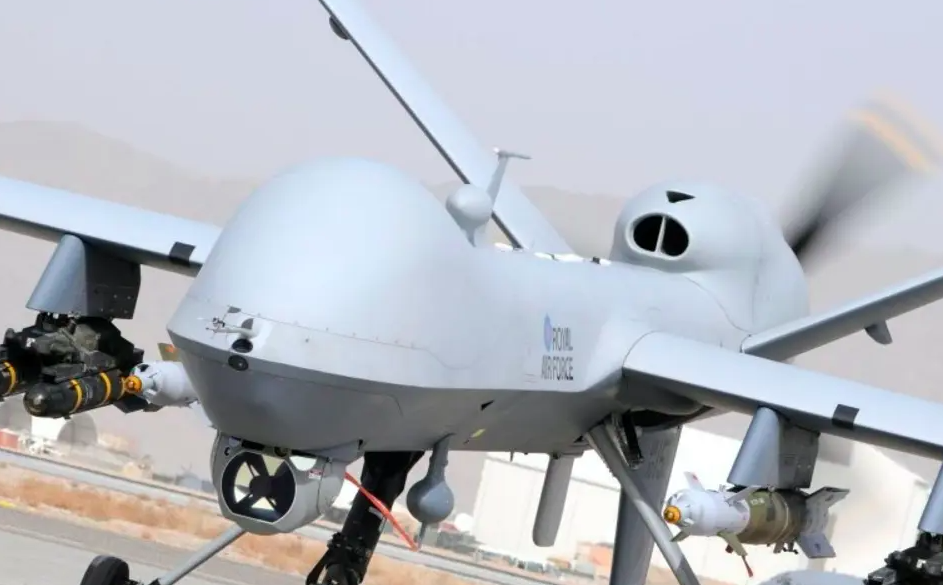 Floyd and Taylor, both African American, were killed at the hands of police, Floyd with a knee to his neck for eight minutes in broad daylight while begging Minneapolis police for his life, pleading, “I can’t breathe”; Taylor, 26, shot eight times after midnight when Louisville police stormed her apartment with a military-like battering ram and a no-knock warrant searching for drugs that were not there. The year was 2020.

Black Lives Matter protests swept the globe, with marches in 60 countries and 2,000 cities—from Los Angeles to Seoul to Sydney to Rio de Janeiro to Pretoria, with athletes taking a knee, teams refusing to play professional sports, and the names of the victims of police violence read aloud, seared into our collective memory. Jacob Blake, paralyzed after a police officer shot him in the back seven times, and the others who did not survive: Freddie Gray, Eric Garner, Philando Castille, Sandra Bland, and more.

Brothers and Sisters from Another Mother

Earlier on the other side of the world, before the Black Lives Matter movement captured headlines …

Bangal Khan, 28, father of four, innocent civilian in Pakistan, was killed in a US drone bombing while Khan, a religious man, farmed vegetables. The year was 2012.

Malana, 25, an innocent civilian who had just given birth was experiencing complications and en-route to a clinic in Afghanistan when a US drone bombing struck her car. The year was 2019. Her newborn at home would grow up without his mother.

Like Floyd and Taylor, Khan and Malana were people of color, victims of a militarized culture that leaves few accountable for the suffering they cause. Absent tremendous public outcries, police officers rarely stand trial or face prison time for the torture and killing of black lives, and few lawmakers are held accountable—except at the ballot box, and even then rarely–for the defunding of health care, education and housing in marginalized communities to bloat the budgets of police and prisons; even fewer legislators and presidents are held accountable for a US foreign policy of military invasions, occupations and drone attacks or “extra-judicial killings” less euphemistically known as premeditated murder conducted by remote control at military bases on the other side of the ocean from brown Middle Eastern victims— Bengal Khan, Malana, brides, grooms, and thousands of others in a post 911 world.

Now is the time to link the Black Lives Matter Movement with the Peace and Justice Movement, to shout “Demilitarize” “Defund the Police” but also “Defund the Military” as protesters march at the intersection between militarism at home and militarism abroad; between the use at home of tear gas, rubber bullets, armored vehicles, unidentified federal troops to snatch protesters off the street, with militarism abroad characterized by regime-change US counter-insurgencies in decades long trillion-dollar occupations of Iraq and Afghanistan, drone warfare, and previous “extraordinary renditions” in which the CIA, under serial administrations abducted suspected “enemy combatants”—never tried in a courtroom—off the streets of foreign countries for transport to black hole secret prisons in third countries, Poland, Romania, Uzbekistan, to circumvent laws prohibiting torture and indefinite detention.

Now is the time to demand an end to state sanctioned violence that dehumanizes those who are not white or white enough; those who cross our borders, refugees of US coups in Central America, only to be caged, their children torn from parents’ arms; those who protect our water supply from oil companies constructing pipelines on tribal lands; those who are not citizens of a United States born from Native American genocide and built on the branded backs of African slaves; those who do not invoke America First as a slogan and ideology because they know that despite our nuclear arsenal and global military might we are not better than anyone else and the “white man’s burden” to “help govern” indigenous people in lands rich in resources: Iraqi oil, Chilean copper, Bolivian lithium is nothing but monopoly capitalism.

Now is the time to declare an end to the failed War on Terror, repeal the Authorization for Use of Military Force that green lights US invasions anywhere anytime, to link Islamophobia, with its scapegoating of Muslims at home—hateful graffiti in Muslim cemeteries, vandalism and arson at Mosques—to a foreign policy that sanctions drone bombings on multiple majority Muslim countries, including Iraq, Afghanistan, Pakistan, Somalia, Syria. In 2016, the Bureau of Investigative Journalism reported drone bombings in the Middle East “killed between 8,500 and 12,000 people, including as many as 1,700 civilians – 400 of whom were children.”

Far from the eyes of US residents, untelevized and often unreported, drone warfare terrorizes local populations, where villagers wish for an overcast day because in the words of Zubair, a Pakistani boy injured in a US drone strike, “The drones do not fly when the skies are grey.” Testifying before Congress in 2013, Zubair said, “I no longer love blue skies. When the sky brightens, drones return and we live in fear.”

Amid growing anti-war sentiment, with soldiers returning from Iraq and Afghanistan in body bags, George Bush—the President who before painting watercolors and hugging Ellen, the comedian—launched a US invasion of Iraq resulting in over a million deaths, refugees spilling into Syria—turned to the CIA and the military to conduct unmanned aerial vehicle or drone bombings that would murder in distant lands while insulating US soldiers from harm, their bodies far from the battlefield, parked in front of monitors in a windowless rooms in Langley, Virginia or Indian Springs, Nevada.

In reality, the shadow of war looms large, for U.S. soldiers plotting coordinates and operating deadly joysticks are often traumatized from their long-distance killings of people who may or may not be a threat to the United States. Nausea, headaches, joint pain, weight loss and sleepless nights are common complaints of drone operators.

In “The Wounds of the Drone Warrior” New York Times reporter Eyal Press writes in 2018 that Obama approved 500 drone strikes outside of active war zones, 10 times as many as authorized under Bush, and that these strikes did not account for strikes leveled against Iraq, Afghanistan or Syria. Under Trump, the number of drone bombings increased, with “five times as many lethal strikes during his first seven months in office as Obama did during his last six months.” In 2019, Trump revoked an Obama executive order that required the director of the CIA to publish yearly summaries of US drone strikes and the number who died in the bombings.

All of this institutional violence, at home and abroad, comes at a tremendous psychic and physical cost: deteriorating health for people of color fearful of walking, driving, sleeping while Black; 20 soldier suicides on an average day for those returning from Iraq and Afghanistan, according to a 2016 analysis from the Department of Veteran Affairs; national outrage and polarization, with members of armed militias reminiscent of fascist Germany’s Brown Shirts gunning down Black Lives Matter protesters in the streets of Kenosha, Wisconsin.

Just as the cost of policing in major cities, like Los Angeles, Chicago, Miami and New York City, can account for over a third of a city’s General Fund, the U.S’s $740 billion military budget, more than the military budgets of the next eight countries combined, subsidizing 800 military bases in over 80 countries, costs the taxpayer 54 cents of every discretionary dollar while our homeless sleep in the street, our hungry college students live on noodles and our fire departments hold pancake breakfasts to pay for hoses.

The connection between police brutality at home and military violence abroad is evidenced in the U.S. Defense Logistics Agency’s 1033 program, established in 1977 under the Clinton administration’s continuation of former President Richard Nixon’s “War on Drugs” that led to an exponential increase in mass incarceration of poor people and people of color locked up under strict sentencing laws that imposed mandatory minimums for drug addiction.

The 1033 program distributes at low cost—the price of shipping—billons of dollars of excess military equipment—grenade launchers, armored vehicles, assault rifles and, at least at one time, $800-thousand a pop Mine-Resistant Ambush Vehicles (MRAP’s), used in counter-insurgencies in Iraq and Afghanistan –to 8,000 law enforcement agencies across the United States.

The 1033 program became the subject of public debate in 2014 when police in Ferguson, Missouri, used military equipment—sniper rifles and armored vehicles—against protestors outraged over the killing of Michael Brown, an unarmed African American man gunned down by a white police officer.

Following the Ferguson protests, the Obama administration restricted the types of equipment—bayonets, MRAP’s—that could be distributed to police departments under the 1033 program, but President Trump vowed to lift those restrictions in 2017.

The 1033 program poses a threat to civil society, militarizing police forces to enforce Trump’s “LAW AND ORDER!!” tweets while potentially arming vigilante groups, for in 2017 the Government Accountability Office revealed how its employees, pretending to be law enforcement agents, requested and obtained over a million dollars worth of military equipment—night vision goggles, pipe bombs, rifles – by setting up a fake law enforcement agency on paper.

The militarization of our police forces, however, extends beyond the transfer of equipment. It also involves the training of law enforcement.

Jewish Voice for Peace (JVP) launched “Deadly Exchange”—a campaign to expose and end joint U.S.—Israel military and police programs involving thousands of law enforcement officers from cities across the country—Los Angeles, San Diego, Washington DC, Atlanta, Chicago, Boston, Philadelphia, Kansas City, etc.—who either travel to Israel or attend U.S. workshops, some sponsored by the Anti-Defamation League, in which officers are trained in mass surveillance, racial profiling and suppression of dissent. Israeli tactics used against Palestinians and later imported into the US include the use of Skunk, a foul-smelling and nausea-inducing liquid sprayed at high pressure at demonstrators, and the Screening Passengers by Observation (SPOT) program to racially profile airport passengers who may tremble, arrive late, yawn in an exaggerated manner, clear their throat or whistle.

Both JVP and Black Lives Matter recognize the connection between militarization at home and abroad, for both have endorsed the Boycott, Divestment and Sanctions (BDS) campaign against Israel for its human rights violations of millions of Palestinians living under Israeli occupation.

Although the Bureau of Labor Statistics does not track the number of military personnel who pursue careers in law enforcement, Military Times reports military veterans often go to the front of the hiring line when applying to be police officers and that police departments actively recruit military veterans.

Derek Chauvin, the Minneapolis police officer indicted for killing George Floyd, was once stationed at Fort Benning, Georgia, home to the notorious School of the Americas, rebranded in 2001 after mass protests as the Western Hemisphere Institute for Security and Cooperation (WHINSEC), where the U.S. army trained Latin American assassins, death squads and coup executioners.

The website of Immigration and Customs Enforcement (ICE), the agency charged with arresting and deporting undocumented immigrants, reads, “ICE supports employing veterans and actively recruits qualified veterans for all positions within the agency.”

Defund the police. Defund the military. Let us join these two movements to challenge untenable oppression both at home and abroad while calling for a reckoning with our colonial past and present.

In the run-up to the November election, regardless of which candidate we support for President, we must sow the seeds of a powerful multi-racial and ethnically diverse peace movement that challenges the foreign policy positions of the Democrats and the Republicans, for both parties subscribe to US exceptionalism that spawns obscene military budgets, wars for oil and colonial occupations that haunt us.