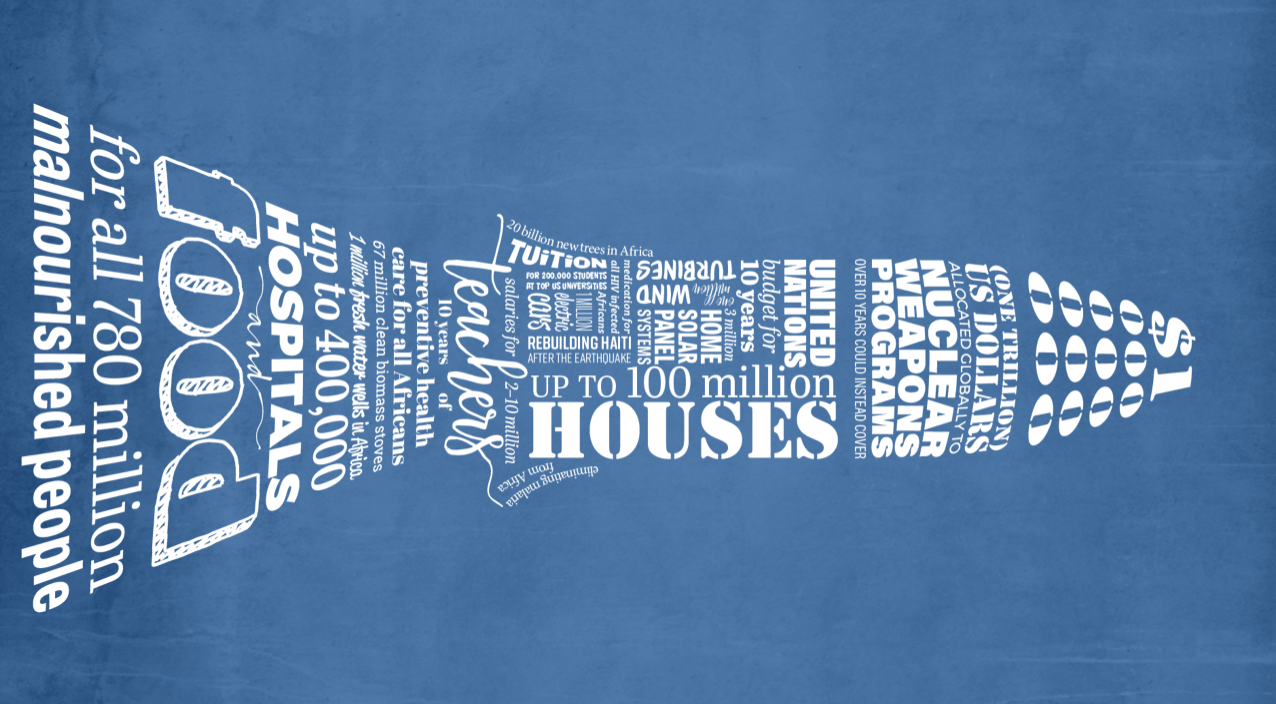 How can activists call attention to a terrible problem everybody already knows about, a crisis so familiar we are nearly numb to it? Nuclear proliferation is this kind of problem, and this is why a bunch of groups including Basel Peace Office, International Peace Bureau, World Future Council and Parliamentarians for Nuclear Non-proliferation and Disarmament are working together on Move The Nuclear Weapons Money, an international project supported by the likes of Roger Waters of Pink Floyd and Ben Cohen of Ben & Jerry’s.

I recently heard about this organization from Alyn Ware, global coordinator for Parliamentarians for Nuclear Nonproliferation and Disarmament, who had come to New York City from New Zealand for a United Nations conference on Nuclear Weapons. Alyn Ware is arranging an event called Count The Nuclear Weapons Money which will highlight the horrific truth that nine countries are currently spending a trillion dollars on maintenance and improvement of their nuclear arsenals. To help visualize the scale of this absurdity, Count The Nuclear Weapons Money will be gathering together to literally count out this amount of money – in artist-designed million dollar notes, at the rate of $100 million dollars each minute.

At this rate, it will take 7 days and 7 nights to count out a trillion dollars. The counting will be carried out in New York City by teams of volunteers, activists, politicians, UN officials, refugees and others at a date in 2019 still to be determined (a planned October date was recently delayed) and live-streamed. Information and a signup form for participants can be found at the Count The Money web page.

A benefit concert for this event will be held this Saturday, October 20, 2018 at the Turtle Bay Music School by Duo DiMeo, a New York City piano duo. They will be performing works by Dave Brubeck, Manuel de Falla, John Lennon and others. I asked pianist Racquel Borromeo of Duo DiMeo about her motivation in supporting Count The Nuclear Weapons Money with this benefit event.

“It’s our commitment to advance human dignity and peace through the arts,” Racquel said. “To bring people together (creating community) to learn of these causes and at the same time, sharing and enjoying the beautiful things in life (music, in this case) for an evening.”

Duo DiMeo has already performed benefit concerts for this cause and for others, including support for LGBTQ communities, and is accustomed to the challenge of using music to raise awareness: “The repertoire for the concert doesn’t necessarily parallel the cause. Since we are representing the nuclear topic, we didn’t want the whole concert to feel like it’s the end of the world.” 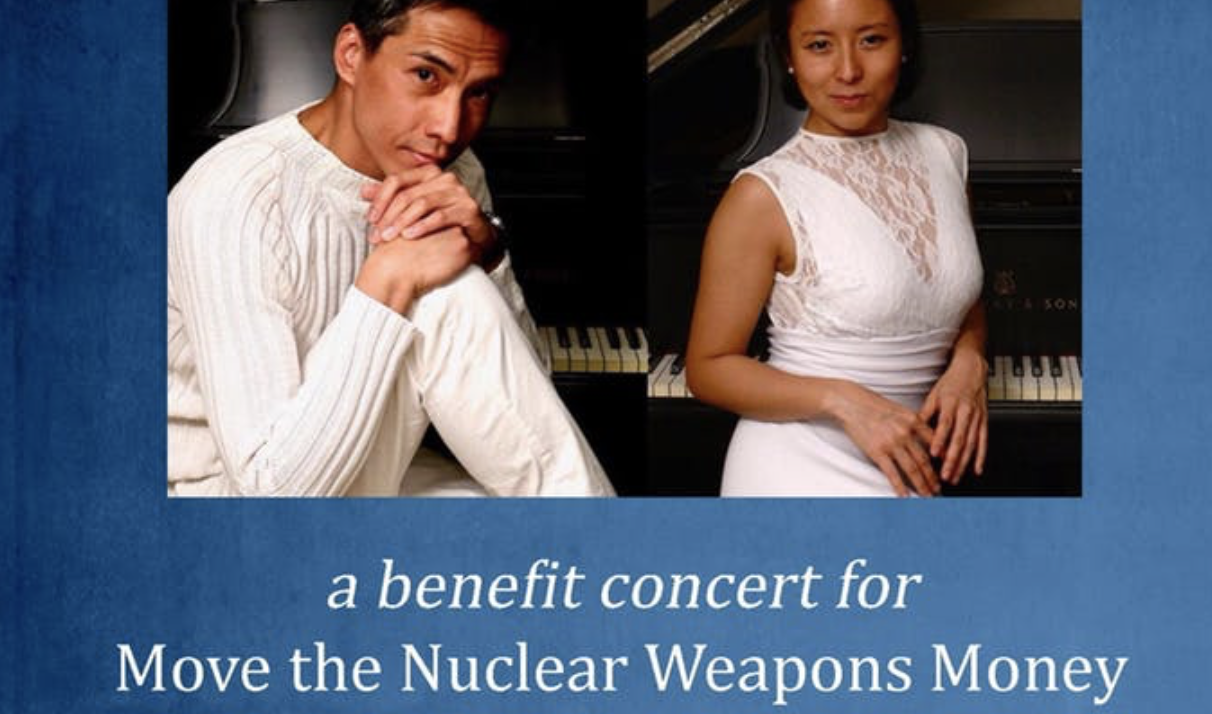 The eternal question of how arts can support a political cause does come up when Duo DiMeo plans an event. “Some have questioned why this cause out of the other million out there,” Racquel told me. She has found this question particularly vexing when protesting nuclear weapons, which is sometimes seen as a “losing cause”. For those who raise that objection, Racquel has a ready response.

“What good are all the other causes if we ourselves have rid this world of life or countries? If we can move portions of the nuclear money to humanitarian, socio-, economic efforts, there will be more funding to help the other causes.”

Indeed, anyone who arranges community events or artistic works for good causes is familiar with the problem of exhaustion and overwhelming supply. A solid week of counting money to dramatize the sheer scale of a trillion dollars waste will certainly feel exhausting to participants. But we overcome feelings of futility by gathering together, sharing in our expressions of protest and rage, and encouraging each other to never give up. For more about the concert on October 20 and the public event in 2019, please visit the following links: