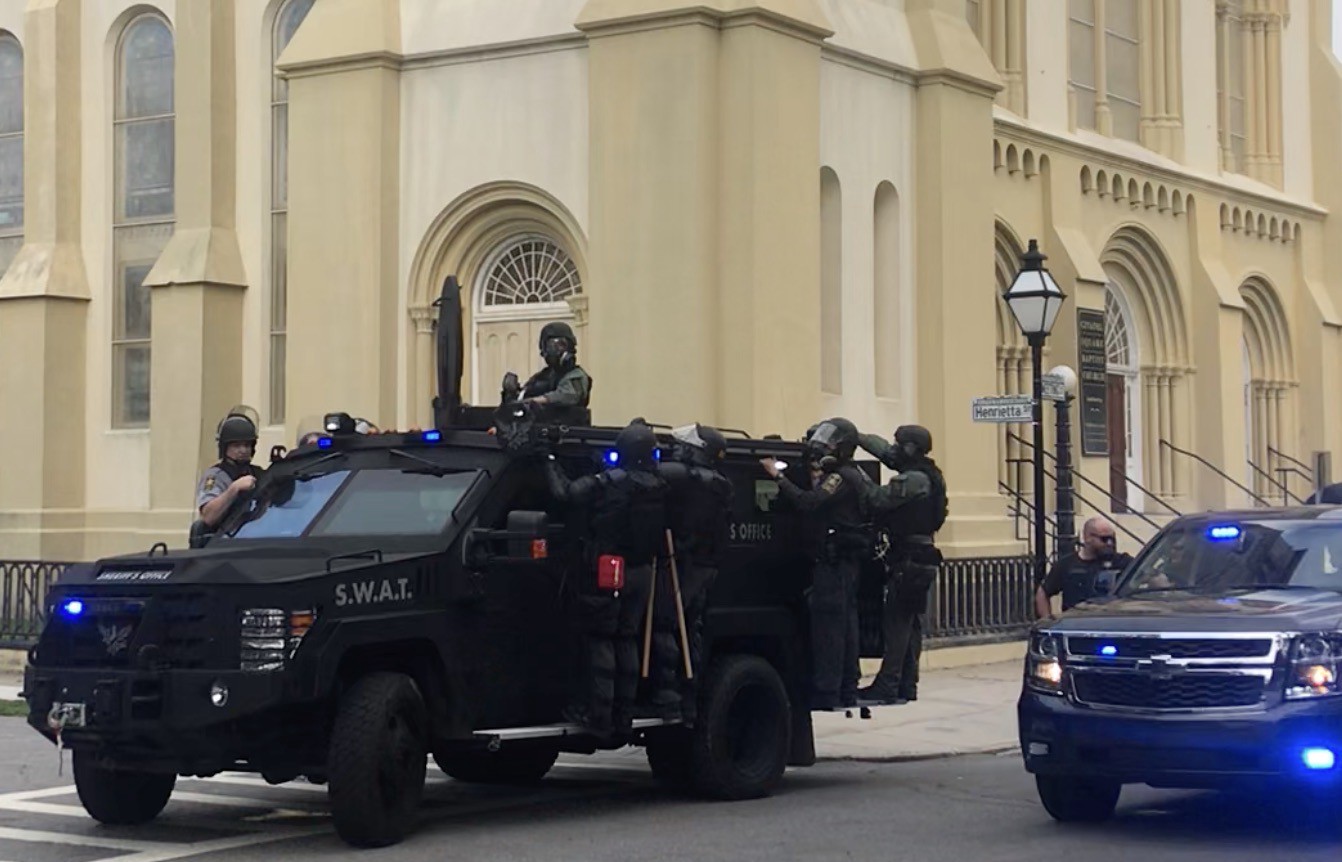 The bipartisan bill was introduced with 75 cosponsors. To view the bill, click HERE.

“Our neighborhoods need to be protected, but Americans and our founding fathers opposed blurring the line between police and the military,” said Johnson. “What has been made perfectly clear – especially in the aftermath of George Floyd’s murder – is that Black and Brown communities are policed one way – with a warrior mentality – and white and more affluent communities are policed another way. Before another town is transformed into a warzone with gifts of grenade launchers and high-caliber rifles, we must rein in this program and revisit our view of the  safety of American cities and towns.”

Rep. Johnson, a former county commissioner in Georgia, said there is something fundamentally flawed with local law enforcement departments bypassing their local governing authority – such as a county commission, board or council – to receive weapons of war without any local accountability.

Through the Defense Logistics Agency’s Law Enforcement Support Office, which oversees the 1033 program, the Department of Defense has transferred $7.4 billion in surplus military equipment – often from warzones overseas – to our streets, for only the cost of shipping.

What they are saying:

“With over 1,000 deaths at the hands of police every year, we should be looking to restrain police, not arm them with deadly militarized weapons. Sadly, that’s exactly what we’re doing with the 1033 Program,” said José Woss, Legislative Manager at the Friends Committee on National Legislation. “As a Quaker, I know that each and every single life is precious with that of God dwelling in their soul. It’s alarming that peaceful protestors and everyday citizens are treated like threats in a war zone. The dehumanization and violence on display in communities of color is even worse. The 1033 program has no place in our streets, it must be ended.”

“Demilitarizing the police is a crucial step towards the broader goals of ending institutional racism and stopping police brutality,” said Yasmine Taeb, Human rights lawyer and progressive activist. “Militarized policing supported by weapons of war has terrorized our communities, and in particular, our communities of color. The militarization of domestic law enforcement perpetuates institutionalized racism, Islamophobia and xenophobia, and contributes to the maintenance of a society where the lives of Black and Brown people don’t matter. It is past time for Congress to pass the Stop Militarizing Law Enforcement Act and end the transfer of military weaponry under the 1033 Program.”

“As an international humanitarian agency, Oxfam sees firsthand how the unchecked flow of weapons fuels human rights abuses and suffering around the world,” said Noah Gottschalk, Global Policy Lead at Oxfam America. “We’re seeing the same patterns here in the US, where the weapons of war transferred through the 1033 Program have not made people safer, but instead fueled increased violence against civilians -particularly Black and historically marginalized communities – at the hands of increasingly militarized police forces. Representative Johnson’s bill is a key step towards reversing this deadly trend and re-imagining the future of policing, community safety and justice in the United States.”