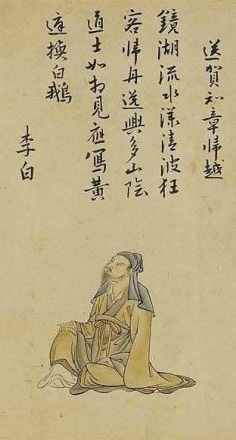 Last year’s battle at the source of Sang Gang,

this year’s at Tsing Leung basin.

Teoshi rains slice through the ranks,

horses graze on the snows of T’ien Shan.

Long marches, years of toil, for what:

three armies brought to their knees.

Huns sowed slaughter in their midst

and left a crop of bones upon the land.

Chin raised up its wall to stop invaders,

and no end to fighting yet in sight.

Casualties strewn on every hand,

Vultures rip and disembowel the dead,

they leave intestines hanging from the trees.

When soldiers’ bodies fertilize the weeds,

what value have a general’s strategies?

The war machine’s so violent and cruel,

let saints employ it as a last resort.