Australia’s Received Wisdom About the China Threat and U.S. Support 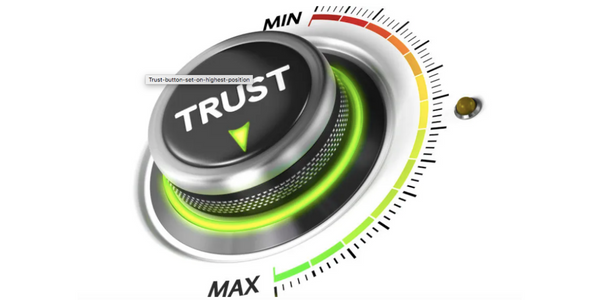 We cannot assume that other countries will do anything but put their own interests before those of others and we must do the same.

Our defence policy is based on the assumption that we need the American Alliance and that the US can be trusted to protect us against any threat. In the immortal words of Sportin’ Life, “It ain’t necessarily so”. The Defence Review must start from scratch without preconceived assumptions or encumbered by past practice and beliefs.

China is said to be the threat. In an all-out war with China, the US would have neither the motive or the capability to worry about Australia except to protect its assets here. Our dreams would go the way of those who thought Britain would protect us in WW2. So far, our Alliance has been all give and no take as in Vietnam, Iraq and Afghanistan. Our polices and equipment are based on action as an American little brother. Any defence review should first examine the basics. Instead of rounding up the usual suspects for advice, we need to see why those neighbours who take a similar approach to us do so and why those who see things differently do so.

Despite media saturation with US programs and news, most Australians don’t really understand the USA. We should not confuse its undoubted domestic virtues and achievements with how it behaves internationally. Henry Kissinger noted that America does not have friends, it only has interests and President Biden stated that “America is back, ready to lead the world.”

The first thing to understand about the United States is that the states are not united and that there are many Americas. There are my friends throughout the country, the people I knew when I lived in Boston, people whose intelligence and goodwill I admire. Also, the eloquent critics of what is wrong with their country and what should be done to remedy it. In addition to these kind and good people there are the racist rednecks, the religious fanatics, the mad conspiracy theorists and the resentful oppressed minorities. Possibly the one thing they all have in common is the belief that there is something special about America and Americans; this has been called manifest destiny or exceptionalism. It may take two forms. It can be used to justify aggression against others to protect American interests or it may be seen as giving Americans a duty to help the less fortunate.

Superman’s mission was to “fight for Truth, Justice and the American Way”. This was a simple embodiment of belief and of the missionary spirit which has long been a feature of the country and its people. From the very beginning, noble ideals have only sometimes been implemented. Today, Superpower faces a China which has a serious supply of Kryptonite.

If the Defence Review is to be anything more than a paper tiger it must go back to basics and carefully examine what real threats exist and what we can do about them. We might keep in mind the example of Costa Rica which got rid of its military and spent the money on education and health instead. They couldn’t win a war but having no military made it impossible for anyone to invade on the grounds that it was a threat. They have been safe ever since.

All threat assessments start from an examination of what countries have the motive and capability to threaten us. Without resorting to nuclear attack nobody has the ability to invade us except perhaps the USA which has no motive. However, China could do significant damage with long distance missile attacks as could the US. Indonesia, Malaysia and Singapore could make life difficult for our shipping as could China. A hostile power could mount dangerous cyber attacks. Certainly, China is expanding its influence throughout the world and seeks the respect denied it by the West. While this is undoubtedly a threat to American pre-eminence, how much of this is a real threat to Australia if we have not made an enemy of China? This should be examined as an open question.

Who has a motive? No country is interested in invading Australia although there is a widespread assumption that China is hostile. Chinese hostility arises from our alliance with the USA which the Chinese see as a threat to their predominance just as the US sees China as a threat to its position as number one world power. If China and the USA went to war, China would then, but only then, have a motive to attack Australia and would certainly do so if only to take out American assets like Pine Gap, the Northwest Cape, Amberly and perhaps Darwin where US marines are based. It would have the capability to do this with missiles against virtually unprotected targets.

In any conflict with China we would lose and the US would probably also lose. We certainly cannot assume that the USA would win nor is it likely that US forces would be diverted to protect Australia. In the highly unlikely event that Australia went to war without US approval they would not come to our aid.

Claims that we face a conflict between good and evil or authoritarianism versus democracy just don’t hold up. The world’s major democracies have a long history of attacking other countries including fellow democracies and of supporting dictators who were useful. This is a red herring that should not be a factor in the Review. Similarly, rhetoric about the rules based order suffers from the same criticism. Which countries are the major rule breakers and who created the rules? If we believe certain rules are in our interests, how do we get other countries, including our allies, to observe them? What do we do about countries which do not accept those rules and those who do not act as if those rules apply to them.

If the defence of Australia is our sole concern, our current force structure does not reflect that. It is not clear, for example, what tanks would do unless we are actually invaded, and nuclear submarines are clearly designed to operate within an American led framework against a China which will be well ahead of them by the time they eventually go into service. Strong public statements by our political leaders seem to be designed to please the US and to establish our credentials as a loyal ally deserving of support, but, if you lead with your chin, you’re going to get hit.

The Review needs to address some basic questions, whatever conclusions it may come up with. The more important are:

There are no simple or obvious answers to all these and other questions, but they must be addressed without preconceptions or illusions. We cannot assume that other countries will do anything but put their own interests before those of others and we must do the same.