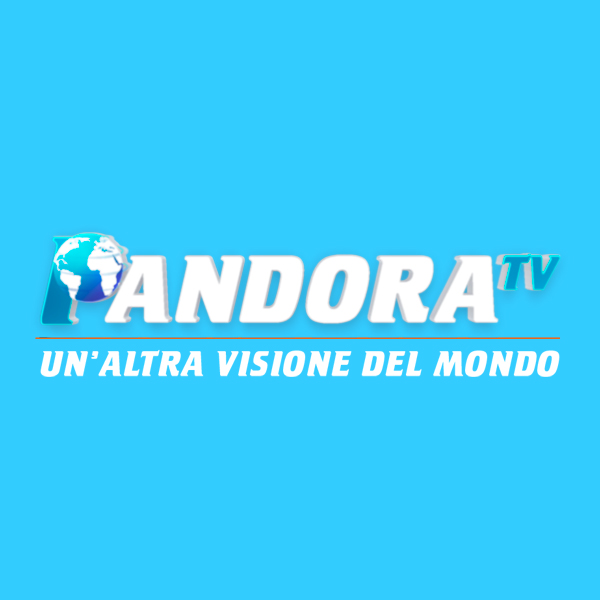 Hi, my name is David Swanson. I grew up in and live in the state of Virginia in the United States. I visited Italy in high school and then as an exchange student after high school, and later for some months during which I got a job teaching English, and then various other times just to visit or to speak or to protest base construction. So, you’d think I would speak better Italian, but perhaps it will improve because I’ve now been asked to provide a regular report for Pandora Tv as a correspondent from the United States focused on war, peace, and related matters.

I’m an author and speaker. My website is my name: davidswanson.org. I also work for an online activist organization called RootsAction.org that is very much focused on the United States, but anyone can join in. As you may have noticed, what happens in the United States can have an impact elsewhere. I’m also the Executive Director of a global organization called World BEYOND War, which has chapters and board members and speakers and advisors and friends in Italy and in most other countries. And we’re looking for more, so visit: worldbeyondwar.org

What we’re seeing right now in the way of activism in the United States and around the globe that is at least tangentially related to war and peace is amazing, and not something I predicted. It’s something many of us have long encouraged and pushed for. This has happened despite:

Things that may have helped include levels of desperation, the abysmal failure of the electoral system in picking Joe Biden over Bernie Sanders, and the power of video footage of police murders.

Already we’ve seen, as a result of people taking to the streets in the United States:

What could happen if this continues and escalates strategically and creatively:

So, what should we do?

One thing we can do is point out various connections. The Israeli military trained police in Minnesota. The U.S. military provided weaponry to police in Minnesota. A private U.S. company trained Minnesota police in so-called warrior policing. The policeman who murdered George Floyd learned to be a policeman for the U.S. Army at Fort Benning where Latin American troops have long been trained to torture and murder. If it’s objectionable to have U.S. troops in U.S. cities, why is it acceptable to have U.S. troops in foreign cities around the world? If money is needed for schools and hospitals from police departments, surely it’s also needed from the vastly larger military budget.

We may also be able to build an even larger movement for justice in the United States if certain people recognize that the harm done by armed policing and mass incarceration and militarism is done to people of all skin colors. Thomas Piketty’s new book has just come out in English in the U.S. and is being widely reviewed. Capital and Ideology points out that in various countries the poorest 50% of the people had 20 to 25% of the income in 1980 but 15 to 20 percent in 2018, and only 10 percent in 2018 in the United States — “which,” he writes, “is particularly worrisome.” Piketty also finds that higher taxes on the wealthy prior to 1980 created both more equality and more wealth, whereas slashing taxes on the wealthy created both greater inequality and less so-called “growth.”

Piketty, whose book is largely a catalogue of the lies used to excuse inequality, also finds that in countries like the United States, France, and the UK, during the period of relative equality, there was relative correlation in electoral politics of wealth, income, and education. Those with less of all three of those things tended to vote together for the same parties. That’s now gone. Some of the highest educated and highest income voters back the parties that claim to stand (ever so slightly) for greater equality (as well as less racism, and relative decency — shooting you in the leg instead of the heart, as Joe Biden might put it).

Piketty doesn’t think our focus should be on blaming working class racism or globalization. It’s not clear what blame he places on corruption — perhaps he sees it as a symptom of what he does blame, namely the failure of governments to maintain progressive taxation (and fair education, immigration, and ownership policies) in the era of global wealth. He does, however, see another problem as a symptom of these failures, and so do I, namely the problem of Trumpian fascism fueling racist violence as a distraction from organized class struggle for equality. Of possible interest in Italy is the fact that Trump in the U.S. is increasingly compared with Mussolini.

Beyond building on the Black Lives Matter movement, there are antiwar developments that can be built on. Chile just dropped out of the RIMPAC war rehearsals in the Pacific. The U.S. claims to be pulling 25% of its troops out of Germany. Members of the German government have been pushing for more, including the removal of U.S. nuclear weapons illegally stored in Germany. Well, what about Italy, Turkey, Belgium, and the Netherlands? And if we’re going to disband police, what about the self-anointed global police? What about disbanding NATO?

Those of us trying to make things better here in the United States need to hear from you in Italy what you’re working on and how we can help.