A Working Class Internationalism Is the Only Path to Survival 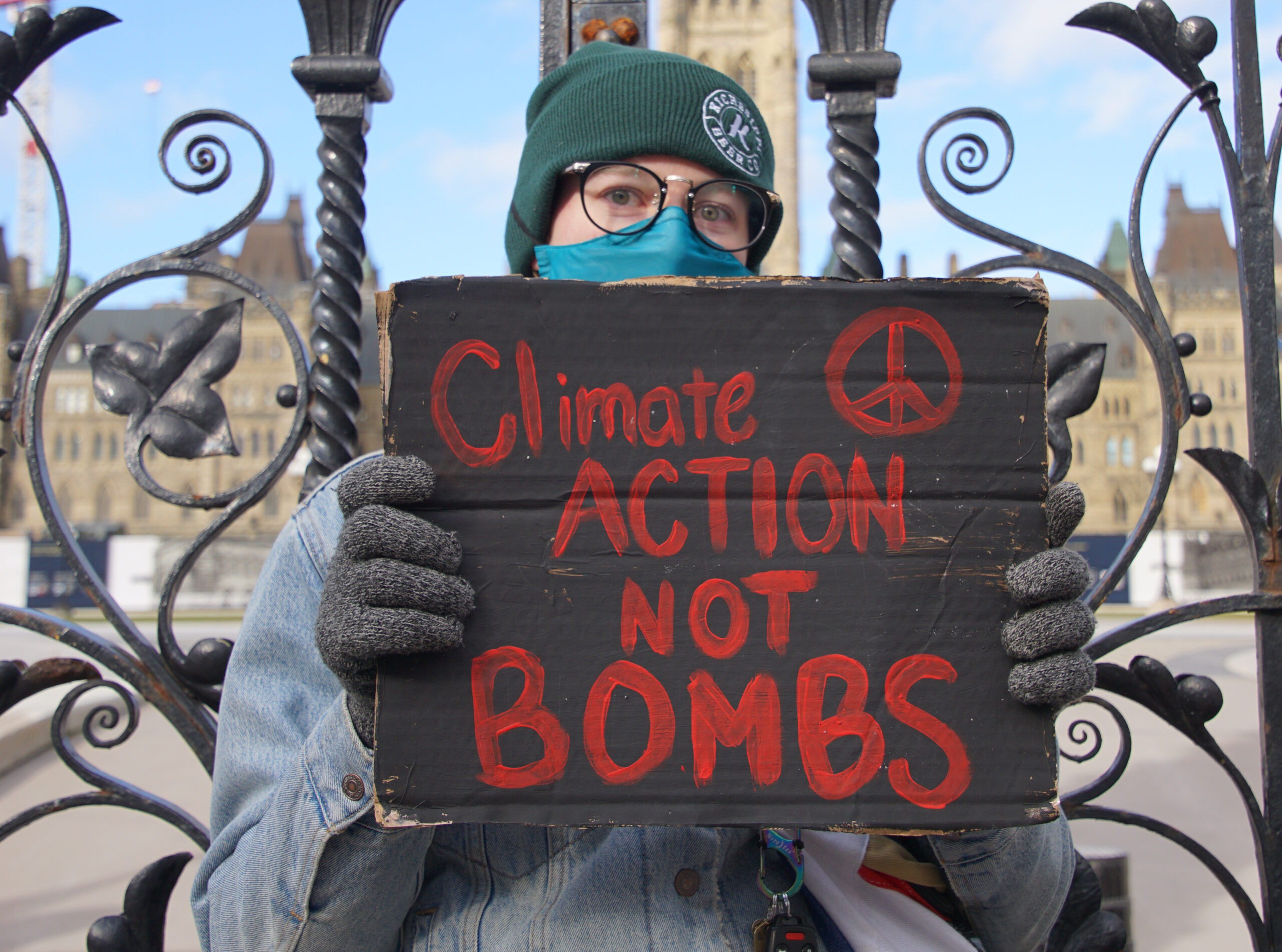 The damning evidence in the latest #IPCC report highlights so much more than further proof of a planet in collapse. It says definitively in a time of grotesque border & energy imperialism, supremacy & capitalism that a working class internationalism is the only path to survival.

The cognitive dissonance is staggering. Poland reinforces fortress Europe while black people in Ukraine are hauled off trains and left to die. Canadian bombs rain down on Yemen supplied to Saudi Arabia by our #girlbossinchief while all refugee claims in Canada are put on hold to welcome white claimants.

A new refugees welcome language is born from a crowd either blissfully unaware or deliberately ignorant that the largest refugee crisis of our lifetime has been raging for decades from the Mediterranean to South America and beyond. The architects of this crisis being western interference and political destabilization abroad deliberately fuelled by energy imperialism, mining profiteering and the hoarding private wealth and land. This strategic forgetting is being reinforced by the refrain on all levels of government and foreign policy that displacement only matters if the life of the the fossil fuel economy and western dominance is in jeopardy.  In the same breath we are welcoming the evidence in the IPCC report while resolutely holding that our arms trade resulting in millions of innocent lives from Yemen to Afghhanistan to Palestine and bringing down the full militarized might of the state on Indigenous land defenders and black movement leaders at the faintest sign of organization – is unrelated to climate chaos.

This devaluing of life and reframing of climate chaos/solidarity through a lens of nationalism, individualism and fossil fuel economy protection is a death march towards supremacy and imperial domination. It pits working people against each other to fight the wars of billionaires and their interests. It does so at the expense of the empowerment, social and political mobilization of working class, poor and oppressed people the world over. It is deliberate and it is strategic and it must be railed against with everything we’ve got.

American & Canadian oil and gas infrastructure have begun a herculean effort to remove all regulations/environmental protections expanding speculation and pipelines while a *once* climate literate crowd cheers them on in a nationalist induced breathless war obsessed frenzy.

A framework for climate action solely fixated on capitalisms reform will yield the results we have- a misinformed public who believe that eco-fascism and individualism are climate action. That solar powered deportation & detention camps & coal-free sweatshops are solutions, while the wealthy hide in gated communities using reusable water bottles, the amazon is purchased by amazon and called a nature based solution in the halls of the UNFCCC.

We must have a strong internationalism that condemns all occupations, private wealth, energy imperialist warfare, criminalization of movement, investments in policing and false climate solutions like private land ownership as protection or burning carbon in the same breath.

The privatization of our social institutions tasked with our well being, health and safety, invoking colonial nationalist identity to fuel imperialist wars, strategic forgetting of current political crisis and the frantic peddling of green capitalism as a solution to climate breakdown will kill us all if we don’t get wise to it as part and parcel of the same crisis.

Do not get sold on the idea that working people who happen to live in Ukraine are mobilizing against something that hasn’t/isn’t happening right now, all over the world. Don’t think that Canada is some great peace keeper intent on just and equitable intervention in an impossible situation. Don’t be sold on the lie peddled by corporations, bosses and billionaires that a green capitalism will save us. Don’t for one second believe that this refugee welcome language helps the movement for all refugees, migrants and displaced peoples.

Build your political analysis of this moment we’re in around the truth that all working class and oppressed people’s liberation is intimately interwoven in all calls for climate action- because it is climate action in and of itself. Build it around the scientific evidence that borders, incarceration, policing, war and capitalism are the supervillains in our quest for a liveable planet. Construct your solidarity praxis around the self determination of Indigenous nations and the active empowerment of working class peoples and not your national flags.

We are tasked with creating the biggest social movement of our lifetime. For those of us who live in the heart of empire, we are tasked with leaving every door unlocked and every pathway in well-lit.

We are tasked with building a framework for action that leaves not a single working person behind on a timeline of entire environmental collapse that demands we move faster than we ever thought we would have to.

It will require discipline and hard conversations. There are no lanes to stay in, only better arms of solidarity and action beyond borders and in the face of them. Double down on your commitment to internationalism and mobilizations in the streets that puts choke holds on the flows of capital and lifts up each others calls to action.

All out for the planet and for each other. All shoulders to the walls.