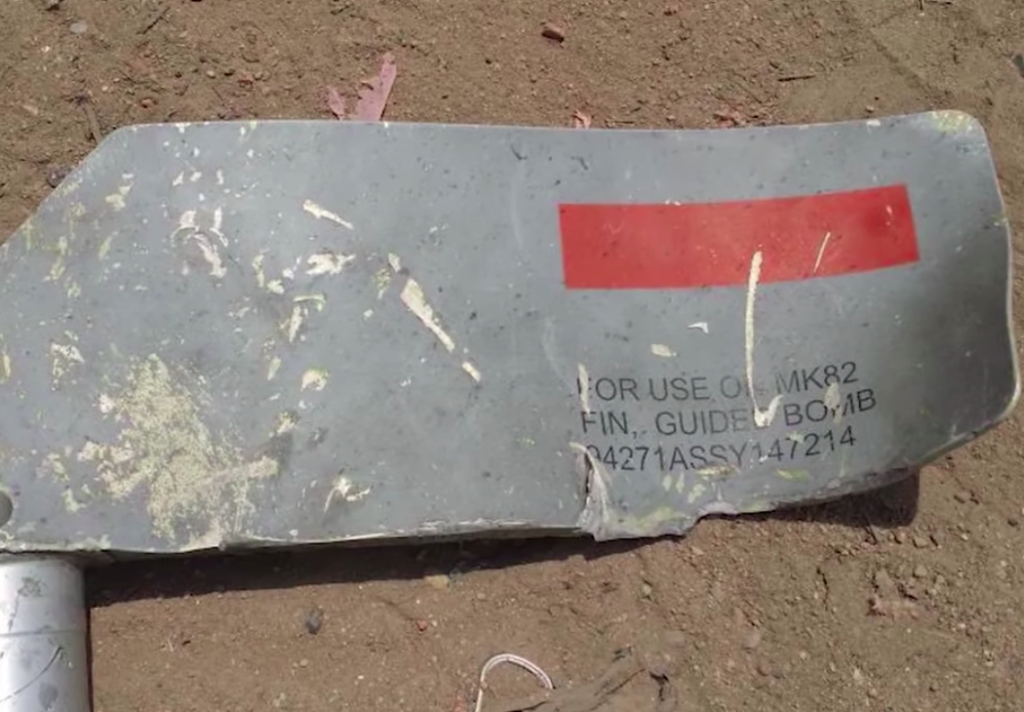 We’ve been given a rare opportunity. While the United States military has slaughtered innocents by the hundreds of thousands in the Middle East over the past couple of decades, almost never have U.S. television viewers seen images of the victims, in particular images of them alive just moments before death rained down on them.

Now we have video footage of dozens of little boys on a bus less than an hour before U.S.-made Raytheon bombs murdered many of them, wounded others, and traumatized survivors.

As with a racist police murder, what is rare here is not the crime but the video. This bus was bombed by the U.S.-Saudi alliance. The weapons used by Saudi Arabia are U.S. weapons. The U.S. military aids the Saudis in targeting and refuels their U.S.-made airplanes in midair, so that the bombing need never cease. This was a bus full of little boys in the middle of a crowded market. The tens of thousands of people who attended the boys’ funeral are certain to have recognized the crime of mass murder.

Dozens of U.S. Senators recognized the outrage months before it happened, because it’s one blip in an ongoing mass-murdering forever-war. Back in March, numerous Senators took to the floor of the U.S. Senate and denounced ongoing U.S. participation in this war. I wrote at that time:

“The facts of the matter were presented very clearly in the debate by numerous U.S. senators from both parties. They denounced war lies as ‘lies.’ They pointed out the horrendous damage, the deaths, the injuries, the starvation, the cholera. They cited Saudi Arabia’s explicit and intentional use of starvation as a weapon. They noted the blockade against humanitarian aid imposed by Saudi Arabia. They endlessly discussed the biggest cholera epidemic ever known. Here’s a tweet from Senator Chris Murphy:

“‘Gut check moment for the Senate today: we will vote on whether to continue the U.S./Saudi bombing campaign in Yemen which has killed over 10,000 civilians and created the largest cholera outbreak in history.’

“Senator Jeff Merkley asked if partnering with a government trying to starve millions of people to death squared with the principles of the United States of America. I tweeted a response: ‘Should I tell him or wait and let his colleagues do it?’ In the end, 55 of his colleagues answered his question as well as any history book could have done.”

That’s right, 55 U.S. Senators voted for genocide. And they got what they voted for. But imagine if they hadn’t, and someone else had. Imagine if the racists who marched in DC last weekend and in Charlottesville last year had blown up a bus full of children. Or imagine if, just prior to a desired attack on Iran, an attack on a bus full of kids were blamed on Iran (and the footage aired 89 million times on every U.S. channel).

It’s not as though U.S. residents cannot object to cruelty engaged in by the U.S. government. Look at the protests in recent months against cruel treatment of immigrants in the United States. I don’t think people have chosen to care about those children stripped away from their families simply because those crimes have occurred within the borders of the United States. I think far more important is the frequency and the depth of the story in U.S. television and news reports.

So, what might happen if we were to persuade television networks like MSNBC to mention Yemen more than once a year? I strongly suspect that the delusion that maintains that Americans cannot care about non-Americans would be shattered. People will care if you show them what to care about, instruct them to care, and make clear that their political party identification need not conflict with caring.

Dear Republicans, please feel free to ignore that Trump is overseeing these horrors, and focus instead on the fact that Obama’s “successful” drone war played a major role in creating the current catastrophe.

Dear Democrats, please do the reverse.

Dear Everybody, the important thing is to speak up now for removing the U.S. military and U.S. weapons companies from Yemen and its region of the earth.