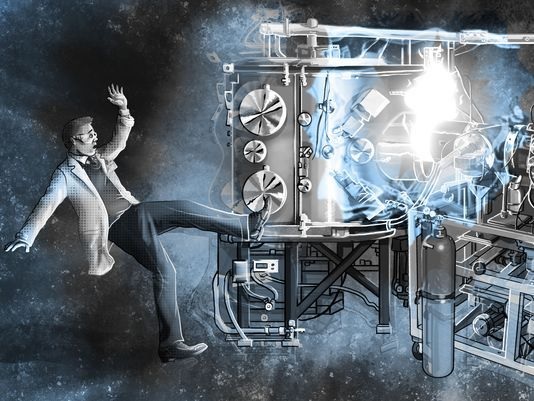 A wrong turn of a valve at one of the country’s nuclear weapons laboratories unleashed an explosion that easily could have killed two workers.
The near catastrophe in August 2011 at Sandia National Laboratories in Albuquerque lifted the roof of the building, separated a wall in two places and bent an exterior door 30 feet away. One worker was knocked to the floor; another narrowly missed getting hit with flying debris as a fire erupted.

As the Department of Energy investigated over the next three years, the same lab — one of 10 nuclear weapons-related sites that contain radioactive materials in addition to the usual hazards found in industrial settings — had two more serious accidents, both blamed on insufficient safety protocols.

But when the time came for regulators to take action against the company in charge of the lab, officials decided against a financial penalty. They waived a $412,500 fine they had initially proposed, saying Sandia Corp., a subsidiary of Lockheed Martin (LMT), had made “significant and positive steps … to improve Sandia’s safety culture.”

This wasn’t a rare outcome. Energy Department documents obtained by the Center for Public Integrity make clear that the nation’s eight nuclear weapons labs and plants and two sites that support them remain dangerous places to work but their corporate managers often face relatively slight penalties after accidents.

Workers have inhaled radioactive particles that pose lifetime cancer threats. Others received electrical shocks or were burned by acid or in fires. They have been splashed with toxic chemicals and cut by debris from exploding metal drums.

“What’s the incentive to do the job right when no matter what you get the money?”

But the private companies that the government pays to run the facilities rarely suffer serious financial penalties, even when regulators conclude the companies committed mistakes or paid inadequate attention to safety. Low fines leave taxpayers to finance most of the cleanup and repair of contaminated sites after accidents that officials said never should have happened.

During a yearlong investigation built on a review of thousands of pages of records and interviews with dozens of current and former government officials and contractor employees, the Center for Public Integrity found: