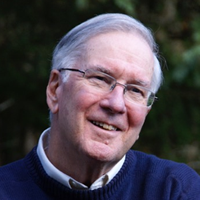 After serving as a tank unit commander, I was selected for an army law school program. My intent was to be a career military officer like my father. I wasn’t paid, except when school was out for seven days or more. In those periods, I reported to the 82d Abn Div at Ft Bragg NC. I got extra pay if I could find time to jump out of an aircraft of some sort. All that began to change in the tumultuous year of 1968, and culminated in a 1969 meeting with Joan Baez, who showed me the power of nonviolence. I resigned from the army, became legal advisor to Haymarket Square, an anti-war coffee house in Fayetteville, NC, and represented conscientious objectors.

Having moved to Canada in 2000, I spent four years writing Canada: The Case for Staying Out of Other People’s Wars. Completely by chance, I came across David Swanson’s book War is a Lie. It seemed to me that I had written something like the Canadian version of David’s book, and vice versa. I contacted him and have been working with WBW ever since.

I am a chapter coordinator for World BEYOND War Victoria. I have worked recently with a small group, facilitated by WBW, on the subject of revitalizing the Canadian peace movement. My current project is Bells for Peace, a series of events co-sponsored by WBW to commemorate the 75th anniversary of the bombings of Hiroshima and Nagasaki.

Don’t start by figuring out what you can squeeze in time to be involved with. Instead, decide what you can do or support wholeheartedly and with joy. Whether it is your special interest or you volunteer for an initiative that WBW already has underway, chances are that the value to the peace movement, as well as your personal satisfaction, will be enhanced by joining in with WBW.

My sense of community, of oneness with all people, as well as the magnificent examples set by peacemakers, today and over the years.

In some ways positively. I have time, for example, to promote the Bells for Peace events more widely as virtual webinars instead of in-person events. (I used to think Zoom meant to go fast!) On the other hand, the pandemic shut down my writing project to promote intergenerational understanding and cooperation among peacemakers. I was conducting interviews with students at a local high school when the pandemic hit and the school closed.