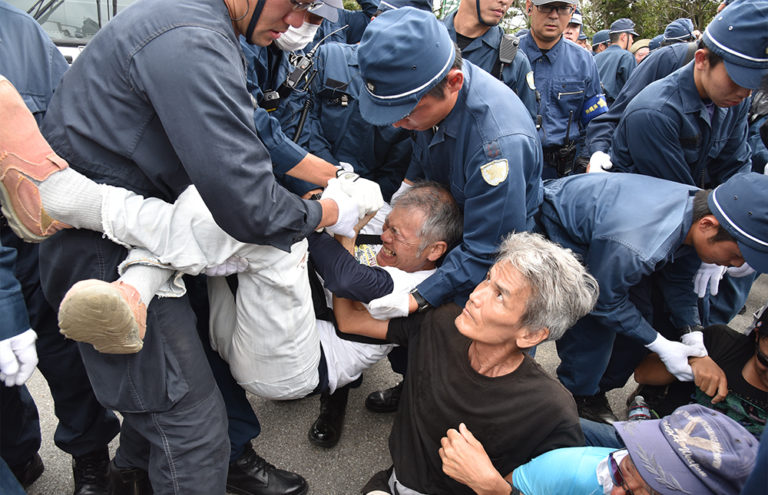 Veterans For Peace is going on their third delegation to Okinawa in December 2017. Two new U.S. military bases are being constructed and the people of Okinawa have been protesting these base plans for over ten years on a daily basis. VFP stands in solidarity with the indigenous people of Okinawa against U.S. military intervention and Japanese authoritarianism.

Why Are We Here?

Let’s talk about Okinawa and why we, as U.S. military veterans, are outside the gates of the U.S. bases, standing with the Okinawan people who want to stop construction of a new airfield in Oura Bay at Henoko? What are the facts? There are a lot of false rumors about this situation:

• “The protesters are all paid professionals.”

Nonsense; most of them are retired working people who care deeply about the land and water.

• “They hate America and Americans.”

If you listen you will hear the protesters singing “We Shall Overcome” and other American protest songs. They don’t hate America or individual GIs; they hate war and militarism.

• “Okinawa’s economy is supported by the bases.”

More nonsense. Occupying close to 20% of the land, the bases contribute about 5% to the economy. Where base land has been returned, for example, Naha’s Shintoshin, Chatan village, Okinawa’s income from that land has grown by anywhere from 10 to 100 times.

• “Most Okinawans support the bases and welcome the new construction at Henoko.”

Okinawans who work on the bases may tell you that but elections and opinion polls tell a different story. Over 70% of Okinawans oppose the base being built at Henoko.

In large part because of the Okinawan people’s opposition to it and legal battles, this base is not getting done, and is already decades behind schedule. The people of Nago elected a mayor who refuses to allow any of the Nago City land under his jurisdiction to be used for construction. This includes roads, waterways and open spaces the builders wanted to use for construction yards. This has put construction years behind schedule. The people of Okinawa have elected a governor who has refused to issue construction permits, resulting in long court battles and more delays. And the sit-ins at the gate means that hours of each workday are “wasted” just trying to get trucks in and out. It also looks like construction plans themselves are in disarray. Experts are saying there’s an active earthquake fault directly under the site. Building this base against the will of the Okinawan people is insulting to them. The Japanese government finds it easy to ignore the Okinawans; they have treated them as an inferior people for more than a century. The U.S. has no business supporting this policy of discrimination. If we are sincere abut respecting democracy, why do we not respect the wishes of over 70% of Okinawans as well as the governor who do not want to see Oura Bay ruined? 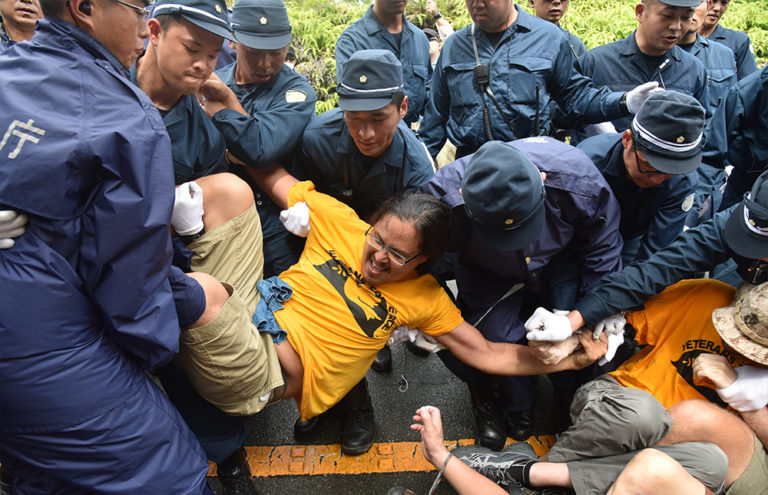 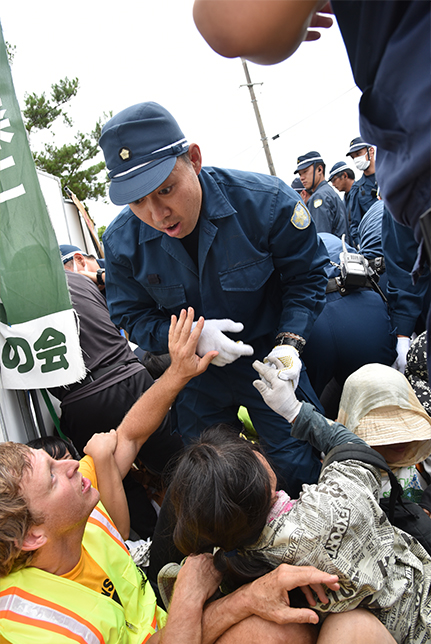 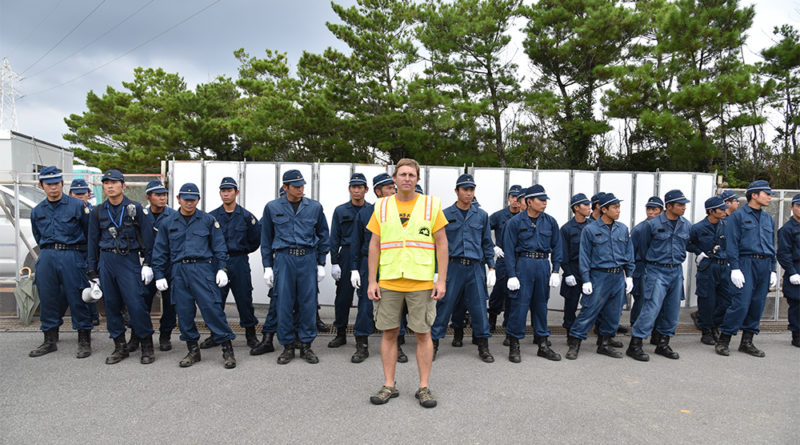