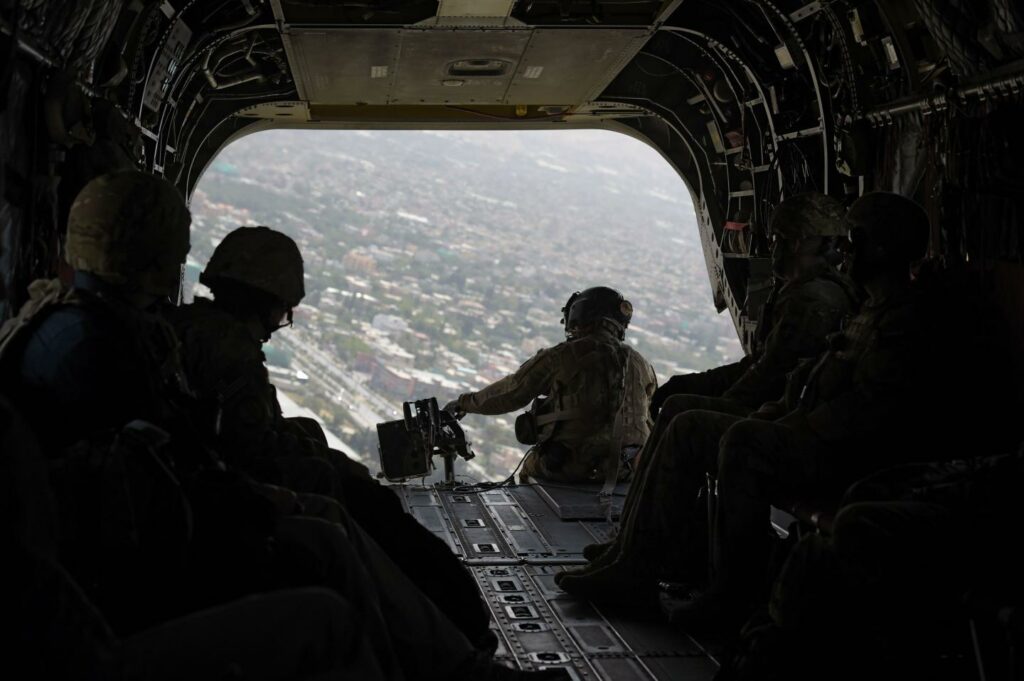 President Donald Trump has increased the number of U.S. troops and civilians working for the Department of Defense in the Middle East to 54,180 from 40,517 in the past four months, representing a 33-percent rise.

This number doesn’t even account for the big rise in troops stationed in Afghanistan since Trump announced his new strategy for the fight against the Taliban in late August.

These figures, first pointed out on Twitter by Dr. Micah Zenko, a foreign policy expert, come from the Pentagon’s quarterly reports on personnel. In other words, these numbers are no secret, which raises concerns about the apparent lack of discourse over the expansion of the U.S. military in a region in which it already has a long, complicated history.

As the numbers show, there was not a single country where the presence of U.S. military personnel did not increase during this period.

But the rise in the presence of the U.S. military elsewhere in the Middle East has been relatively under the radar.

“The expansion in overseas troop deployments and vast increase in airstrikes (and tolerance for civilian harm) everywhere [former President Barack Obama] was bombing, was totally consistent with what Trump promised as a candidate,” Zenko, a Chatham House Whitehead senior fellow, told Newsweek. “Yet, I think it now has more to do with long-standing preferences of [Defense Secretary James Mattis] and senior military officials. That’s why Mattis uses ‘annihilationist’ phrases to describe ISIS, and contends all America’s enemies can be militarily defeated, by doing more of everything.”

In short, Zenko seems to believe the recent increase is largely linked to some of Trump’s closest advisers being retired generals and individuals who tend to look for military solutions to global issues.

“We have already shifted from attrition tactics, where we shove [ISIS] from one position to another in Iraq and Syria, to annihilation tactics where we surround them,” Mattis said in May. “Our intention is that the foreign fighters do not survive the fight to return home to North Africa, to Europe, to America, to Asia, to Africa. We’re not going to allow them to do so. We’re going to stop them there and take apart the caliphate.”

The Islamic State is on its last legs in Iraq and Syria and has been for some time, recently suffering a major defeat by losing its de facto capital of Raqqa. Meanwhile, the number of troops and civilians the Pentagon has sent to the two countries has increased by nearly 1,500 in the past several months. This raises questions about why such a jump was deemed necessary.

Newsweek reached out to the White House for comment on this but did not hear back by the time of publication.

Some in the U.S. military even seem to be unaware of the recent increase in personnel in the region. On November 16—the day before the newest numbers were made public—Joint Staff Director Lieutenant General Kenneth F. McKenzie Jr. was asked about troop numbers in Syria and Iraq at a press briefing, and he said, “In Syria, we have five—about 503 operating in Syria. And in Iraq, we have approximately 5,262, I believe is the number. So those are the numbers.” Based on the new report, however, the U.S. has 1,720 troops in Syria and 8,892 in Iraq.

With Trump in the White House, there has been an increase in U.S. troops killed in action overseas as well as a large spike in civilian deaths from airstrikes. This year marked the first time in six years that more U.S. troops were killed in action abroad than the year prior (31 killed in 2017; 26 killed in 2016; 28 killed in 2015). Moreover, as of August, Trump had already killed more civilians while fighting ISIS than Obama did.

Trump has also increased airstrikes in Afghanistan dramatically in addition to U.S. troop presence there. As of October 31, the U.S. has dropped 3,554 bombs in Afghanistan in 2017 so far, which is almost three times the 1,337 it dropped in 2016 and almost four times the 947 bombs dropped there in 2015. A United Nations report in October claimed civilian deaths had increased by 50 percent in Afghanistancompared to the same point last year, suggesting Trump’s new strategy in the country has been taking a huge toll on noncombatants.

Beyond the Middle East, Trump also doubled America’s troop presence in Somalia this year, bringing the total number in the African country to roughly 500. In May, a U.S. Navy SEAL was killed in Somalia during a raid on an Al-Shabab compound, marking the first time a U.S. service member was killed there since the notorious “Black Hawk Down” incident in 1993, when 18 Americans were killed. The U.S. has also increased airstrikes in Somalia under Trump—conducting one as recently as Tuesday, which the U.S. military claimed killed over 100 militants. Moreover, the first-ever airstrike against ISIS in Somalia was conducted under Trump in early November.

As Trump expands U.S. military operations in multiple theaters, there’s been hardly any public discussion, and questions remain about whether Americans truly know what is being done in their name overseas.

Some in Congress are now demanding their colleagues grant these developments far more attention and hold the Trump administration accountable.

“This quiet increase in deployment of American troops and contractors fighting unauthorized wars poses a significant security risk for the United States and the future of the Middle East. Americans have a right to know what the [Trump] administration’s plans are. What is our mission and what is our exit strategy? Congress needs to recall past ‘mission creeps’ and start asking more questions,” Democratic Senator Chris Murphy of Connecticut, who sits on the U.S. Senate Committee on Foreign Relations, told Newsweek.